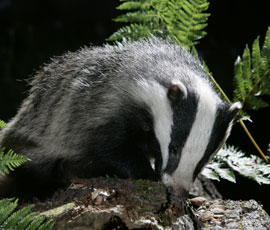 The NFU has rubbished claims that farmers are pulling out of the badger cull amid increasing intimidation and harassment from animal rights activists.

National newspapers reported over the weekend that farmers had pulled out of the trial area in west Gloucestershire after receiving threats from animal rights groups.

But the NFU said the reports were incorrect and it had written to all the newspapers that carried the story to set the record straight.

NFU president Peter Kendall said: “To the animal rights protestors who are intent on intimidating and harassing people who are simply trying to run their businesses and look after their families I would say your tactics are not working.

“Your campaign is based on misinformation, scaremongering and bullying with no scientific basis.”

Mr Kendall insisted that farmers remained committed to helping the government deliver on its TB eradication programme that will reduce the disease in both cattle and badgers.

“No-one wants to cull badgers but we simply can’t go on while TB increases its vice-like grip on our family farms,” he added.

“To the animal rights protestors who are intent on intimidating and harassing people who are simply trying to run their businesses and look after their families I would say your tactics are not working.”
Peter Kendall, NFU

And every single one of those cows was culled to prevent them passing the disease on. It’s a fact that TB exists in wildlife and no amount of culling of cattle will ever control this disease while there are still badgers spreading it further.”

A spokesman for Natural England said: “We need to ensure that all the necessary conditions have been met before licences can be issued. Work is ongoing to finalise that, and the licensing process remains on track – that’s the message we would put out.”

“Our expectation remains that we will be able to authorise both licences to enable control operations to begin this year.”

If the two pilot culls are successful, more badger culls could be rolled out in England next year in areas where bovine TB is a problem.