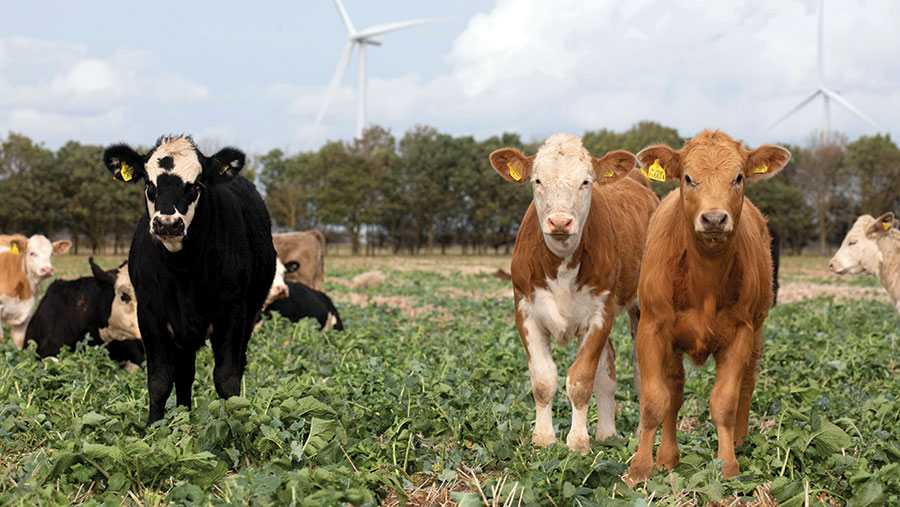 Adapting to cope with price volatility has allowed an 800-head suckler enterprise to be resilient over the past year.

The Hull family’s spring-calving herd is farmed alongside a large sheep and arable business totalling 2,428ha across two sites in Essex and Suffolk.

No strangers to change, Edward, who farms with his wife, Ann, and parents, David and Mary, discusses some strategies they have implemented to deal with the difficult beef market over the past 12 months.

The Hulls typically finish 25% of cattle (14-18 months) and sell 75% at Rugby as strong, weaned calves aged seven to eight months. But rather than take an expected calf price of £630 a head – £75 a head back on a normal price – the Hulls hedged on beef prices lifting and decided to finish all 800 of the animals.

The change in strategy meant an extra 600 head of cattle were fed over winter, in outside yards, sheds and some additional temporary yarding made from motorway crash barriers and concrete feed barriers.

See also: Why Cumbrian Limousin breeders have switched to Hereford

This required biscuit meal, potato waste and brewers’ grain products to be bought in, and more fodder beet and forage rye was fed in the total mixed ration.

“Anything that makes £1,100 a head and they are comfortably in profit, which means it’s been worthwhile doing,” explains Mr Hull, who expects to start selling them in May. 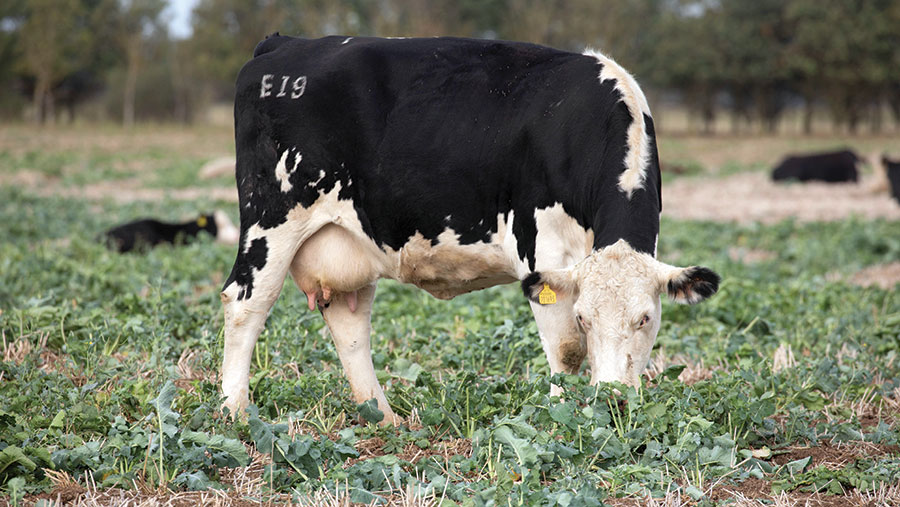 “Two years ago, I thought that if we weren’t able to house and finish everything, either for TB reasons or low prices, we were dramatically exposing our business, so we built a new outside corral for this reason.”

How this should increase margin

As well as trying to get body condition score, feeding and bull selection right, the Hulls achieve easy calving by pelvic measuring heifers when they are 15 months old.

Approximately 10% of heifers are rejected at this point because of pelvis dimension and a further 10% due to other phenotypic traits. They are sold as clean cattle.

The Hulls calve 200 heifers in the spring and 50 in the autumn. Heifers are put to six Salers bulls, and 12 Charolais and 12 Angus bulls sire the rest.

Charolais and Angus bulls are bought at the Stirling bull sales. Sires must be in the top 10% estimated breeding value (EBV), with a close eye kept on calving ease, birth weight, 200-day and 400-day weight, and eye muscle area.

Bulls are fertility tested every spring and run with 30-40 females each.

Cows calve indoors across nine weeks from early March, and are checked as night falls.

How this is cutting costs

3. Growing rye instead of maize

Excellent yields were seen last year, with rye averaging 49t/ha freshweight, and recent maize crops only achieving (37t/ha freshweight). And while rye is a slightly lower-quality feed, the crop suits the mixed farm.

Wholecropping the rye in June caused less compaction than an autumn maize harvest. There was then time to direct drill stubble turnips, opening up the chance for winter wheat later.

Instead, the starch required to finish the cattle came in the form of potato waste.

“We will grow maize again, but we are conscious of the extra management it takes,” explains Mr Hull. “Also, with us being dry here, the big problem is having the moisture to get it in early enough – we need it drilled by mid-April.”

How this is cutting costs

The herd is mostly Hereford-cross dairy animals that are bought as calves aged two to six weeks over a four-month period starting in late summer. Calves are then reared on the Suffolk unit.

They grow to be big (750-850kg), roomy, easy-calving, docile and milky cows that are maternal and produce a quality product, explains Mr Hull. 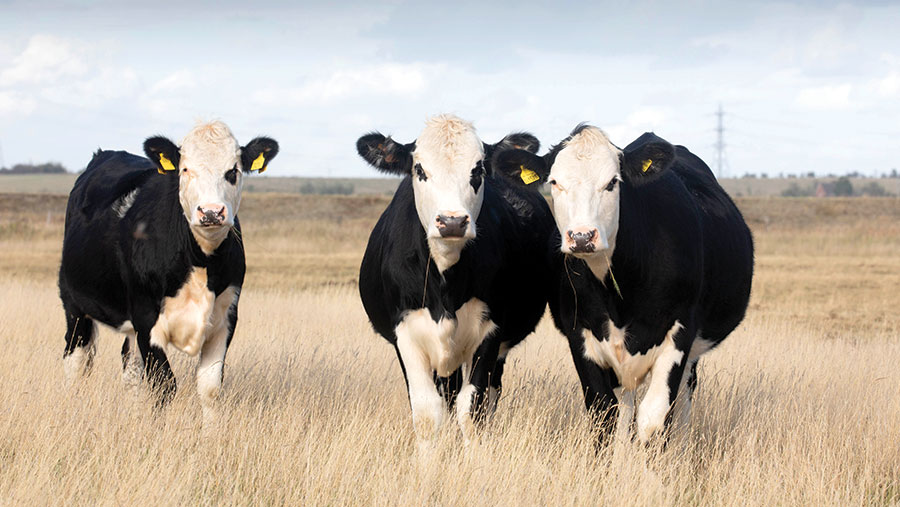 A strict culling policy is seeing cows average seven calves in the herd.

Everything is pregnancy checked by the Hulls and all empties are sold. Cull cows predominantly hit an R grade, with some Os.

The strategy is to keep farm output high, with a 25% herd replacement rate and a strict selection policy on heifers. This means the farm has income from good-quality cull cows, and heifers that don’t make the grade can be sold as clean cattle.

Costs are kept low by rearing heifer calves in outside straw bale corrals in late summer and wintering them on sandy soil on a forage-based ration of grass silage, hay and barley straw.

The ration is supplemented with bought-in whole barley that is milled on farm, while the wheat the farm produces is sold for milling.

How this is increasing margin