A 50% increase in entries met more buyers at the annual show and sale of Belted and White Galloway cattle on Friday (27 October) helping averages lift on the year.

A strong buyer presence and some new faces were reported from Colchester to Aberdeen and across Northern Ireland and the Republic of Ireland to yield averages of £2,508 for in-calf heifers and £3,325 for bulls.

Topping the trade at 5,800gns was male champion Lomond Bunnahabhain, son of the record-breaking 10,500gns Speddoch Rocky and out of Hallshill Gemini. He was consigned by JM and D Maxwell, Drymen, Glasgow.

Bunnahabhain was born in January 2016 and is the first son sired by the 2014 Castle Douglas champion. He was knocked down to Cumbrian breeder Carolyn Fletcher, Barwise herd, Appleby-in-Westmorland. 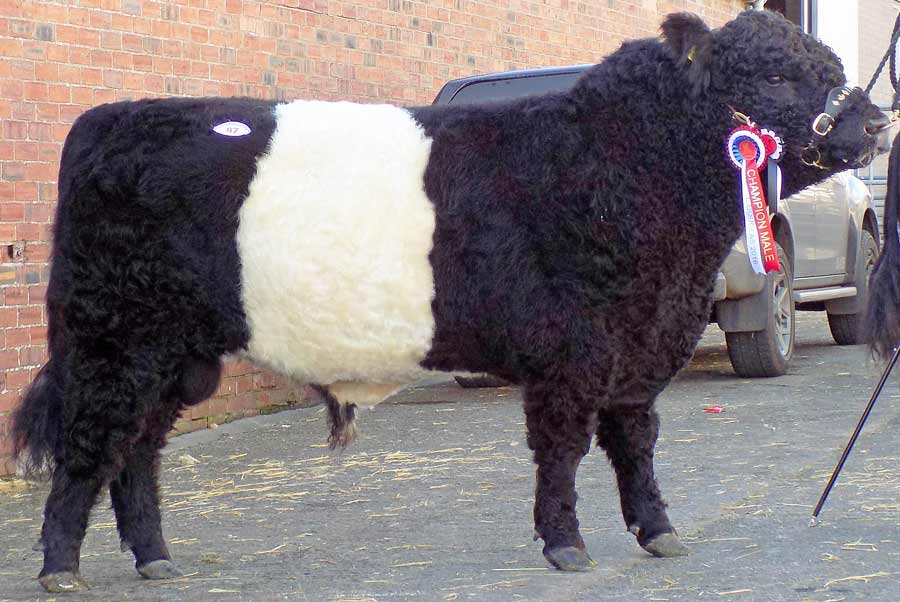 Next at 4,500gns was Glen Fabio from local breeders IRS Bond, Gatehouse of Fleet, which caught the eye of D Daley, Grange over Sands.

This promising young bull is out of Speddoch Kristy and is half-brother to the 5,500gns Glen Barbosa. He is by Rockyville Rocky son Tobergill Minstrel and will be two years old this week.

At 3,800gns came April 2015-born Hockenhull Horatio from Hockenhull Farms, Tarvin, Chester. He was bought by Hoscote Estate, Hawick, and is by Cairnsmore Domino and out of Offthewall Fanella.

The champion female was next at 3,700gns as nine Belted Galloways sold in excess of 3,000gns. Offthewall Cassandra was shown by Tim Oliver, Northumberland, and was knocked down to breed newcomers Glenapp Farms, Girvan, Ayrshire.

Matching this was Barwise Maggie 845 from Carolyn Fletcher, which was bought by J and J Rix, Colchester, Essex. Maggie’s dam was a show winner and still breeding at 14 years old.

She is by Whitepool Kite Mark, who goes back to Bolebec Dun Concorde and has himself sired many successful show animals.

A record of 2,800gns was hit by White Galloway bull Barlaes Snowman from local breeder  RJ McTurk, Dalry. Snowman is by Barack Obama of Finland and out of Barlaes Ice Maiden. 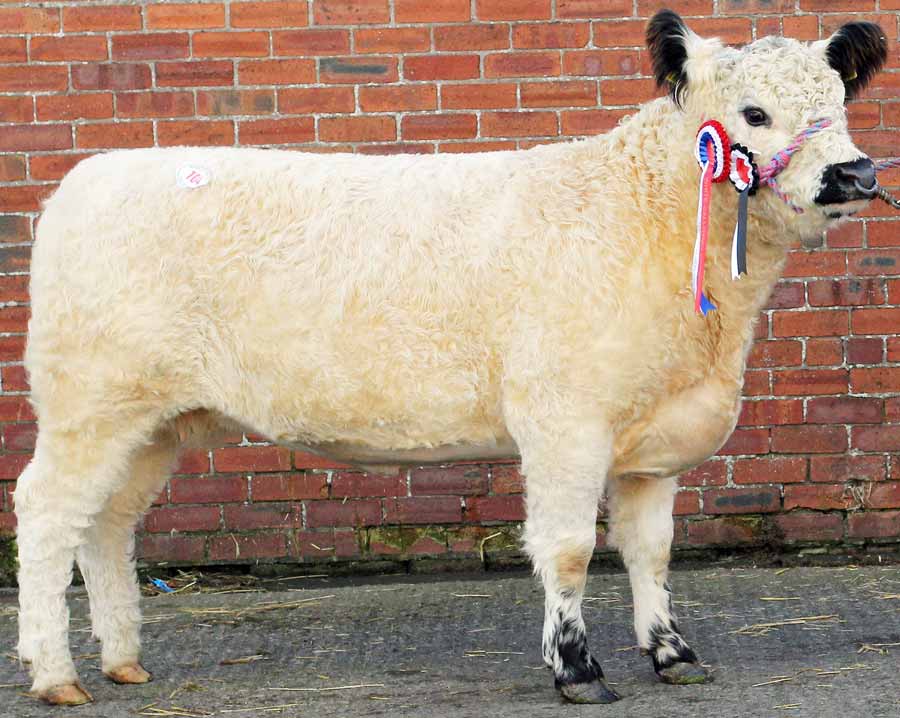 Also of note at 2,400gns was the White Galloway champion Melkridge Risa 2 from Tim Oliver, Northumberland. This stylish heifer sold in-calf to Paul Thompson, Co Durham, for his Wolsingham herd.

Breed secretary Christina Cormack said a stronger trade was remarkable after such a large increase in numbers.

“We had around 120 cattle through the ring, which is sharply up on the previous high of 80 head,” she told Farmers Weekly. “But despite having 40 more than we’ve ever had there was a good mix of both pedigree and commercial buyers to support trade and push averages up on the year.”