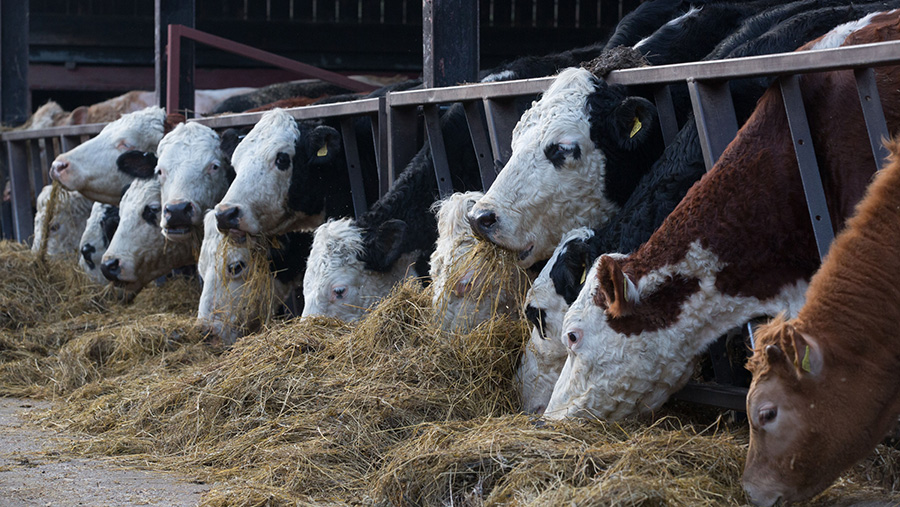 Cattle farmers are warned to be on the lookout for signs of silage eye after a number of cases of infection were reported.

Dorset vet Esme Moffett from Synergy Farm Health is calling on cattle farmers to check animals for the infection, incidence of which is likely to have to been stoked by the recent wet weather.

“This is not exactly a common condition, but one I have seen in several animals in recent weeks,” says Mrs Moffett.

“Mould in feed and bedding can cause the condition, so it is wise for farmers to keep a lookout to help both prevent and treat the condition early.”

Silage eye, which is also known as bovine iritis, is an infection of the eye caused by the bacterium Listeria monocytogenes living in mouldy feed and bedding. Silage or straw scratching the eye allows the bacteria to enter.

It differs from the more common new forest eye in that silage eye infects the front chamber of the eye, while the former causes problems on the surface of the eye.

Signs of silage eye infection include:

“Treatment is relatively straightforward and as with any other condition – the earlier you treat the quicker it heals,” says Mrs Moffett.

“So look out for early signs of squinting and watery or cloudy eyes. At this stage it would respond well to antibiotic eye cream.

“If it is picked up at a later stage, it is best to call your vet. As always, prevention is better than cure, so look out for mouldy lumps of feed and bedding and get rid of them,” she adds.