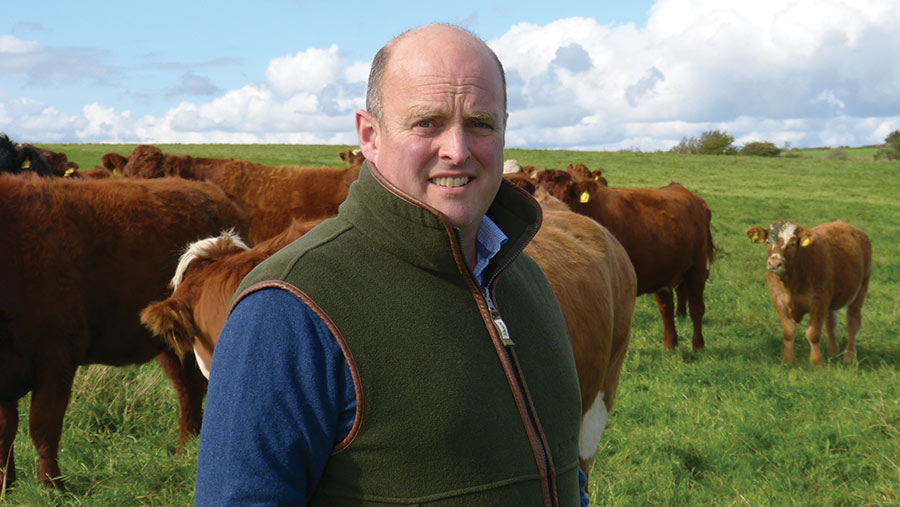 A Scottish livestock operation has removed £200,000 of costs in an ambitious system rethink based on outwintering, forage finishing and soil health.

The Balcaskie Estate in Fife has adopted organic, mob grazing in an attempt to drastically cut costs and improve the businesses viability.

Five years ago, the estate manager Sam Parsons had a strategy meeting and realised change was vital.

“We looked back 50 years at what had happened to farming. We asked whether we could cope if subsidy payments halves and red meat lost 20% of its value – the answer at the time was, we couldn’t.”

The team now manages the cows in a manner more akin to nature. They hope this will improve the soils and biodiversity on the estate.

This has been achieved by removing chemicals and synthetic fertiliser, mob grazing the cows and giving grassland longer rest periods. They also outwinter on deferred grass and bale graze to reduce winter housing costs.

“We looked back 50 years at what had happened to farming,” explains estate manager Sam Parsons. “We asked whether we could cope if subsidy payments halved and red meat lost 20% of its value – the answer at the time was, we couldn’t.”

It’s still early days for the estate’s evolving system, which is developing under the consultancy of ecologist and farmer Rob Harvard of Phepson Angus, Worcestershire.

The estate farm recently took 280ha of arable farmland back in hand. To rebuild fertility, 250ha of clover-rich herbal leys fix nitrogen in the soil and extend grazing at the shoulders of the season.

The estate will complete its organic conversion in 2022 after starting in 2016, when it began testing soil organic matter levels. The plan is that soil health will be built through integrating livestock in the arable rotation.

One-third of the herd is pedigree Lincoln Red and the Simmental genetics are being phased out to reduce mature cow size.

The plan is to reduce mature cow size by 100kg through this switch, taking average weights to about 650kg. 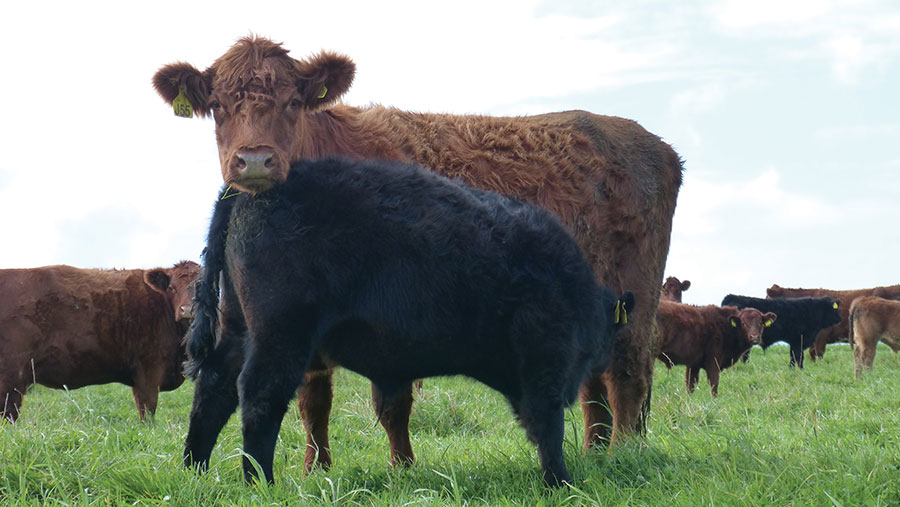 Confidence grew last winter, when 87 cows were grazed on the wettest and least improved fields.

This year all cows will be outwintered on deferred grass with hay bales from January to March.

Two winter pastures will be drilled with spring milling wheat after cows have added the soil fertility for the arable enterprise.

Cows will be housed from 1 March to calve, as opposed to October, taking five months off the farm’s winter housing costs.

Cows are turned out as they calve in an eight-to-10-week block, which hasn’t changed. Some early calvers are only inside a few weeks.

About £8,000 of electric fencing, water pipes, drag troughs and ballcock troughs has been installed for the cows, with a little more still to be done. 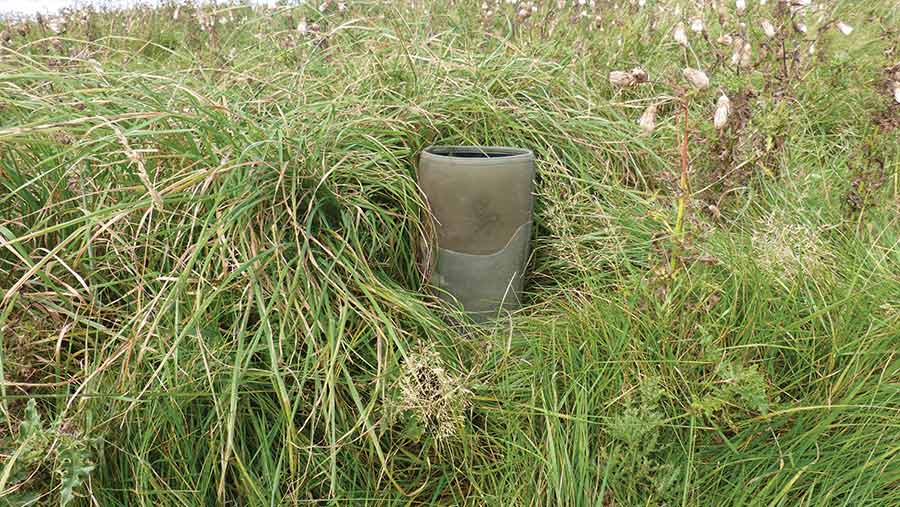 Weaned calves are still vaccinated for pneumonia and housed for winter on grass silage and straw.

Everything is sold under the Soil Association and Pasture for Life banner and is 100% forage-finished on grazed leys in December or silage and straw during winter. Previously, cattle were finished on a barley-based diet.

This has cost at least two months on days to slaughter, with cattle now being sold at 24-29 months as opposed to 20-26.

The system also weans a smaller calf and produces a carcass of about 320kg, while the previous system averaged about 350kg, with Simmentals up to 380kg.

“Spreading out finishing suits our end users, as they are hotels and restaurant who need a steady supply,” explains Mr Parsons. “Finishing will take longer but it’s more profitable. We’ve compared barley and beans to silage and straw and we make more margin on silage and straw.”

Including the sheep, the farm has 525 livestock units, the savings – which include labour, machinery running costs and depreciation – work out at £380/livestock unit. 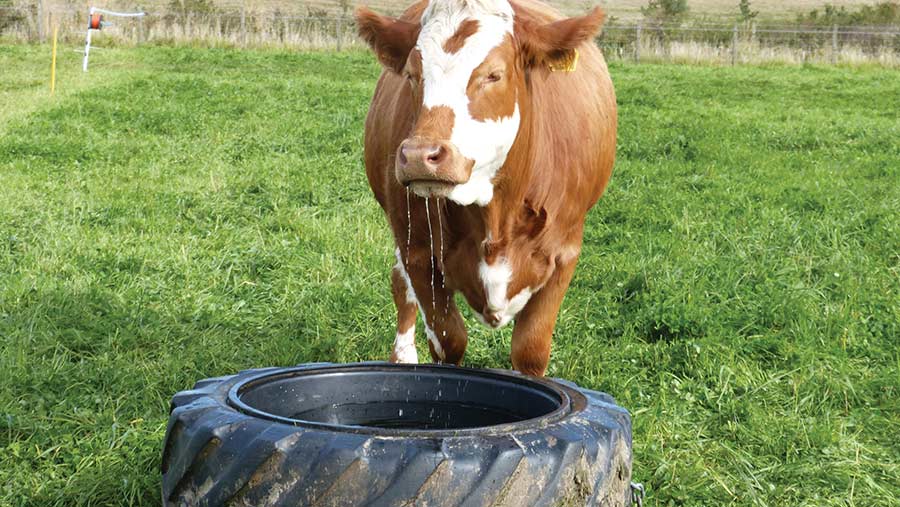 Improving soil health naturally in an organic system is a slow and steady process, but the team has already seen an increase in organic matter levels, faster water infiltration, better grass growth in dry springs and a longer grazing season.

Results are pending on a thorough soil GPS audit, which was done to give a rough idea of how soil has changed. Back in 2016 the farm took a baseline organic matter reading, which ranged from 2.3% to 18%.

Wildlife biodiversity is increasing, and more insects can be found in permanent pasture and herbal leys. Deferred grazing on the hill is reducing thistle and ragwort numbers as other grasses and flowers increase.

Some of the savings of the system change