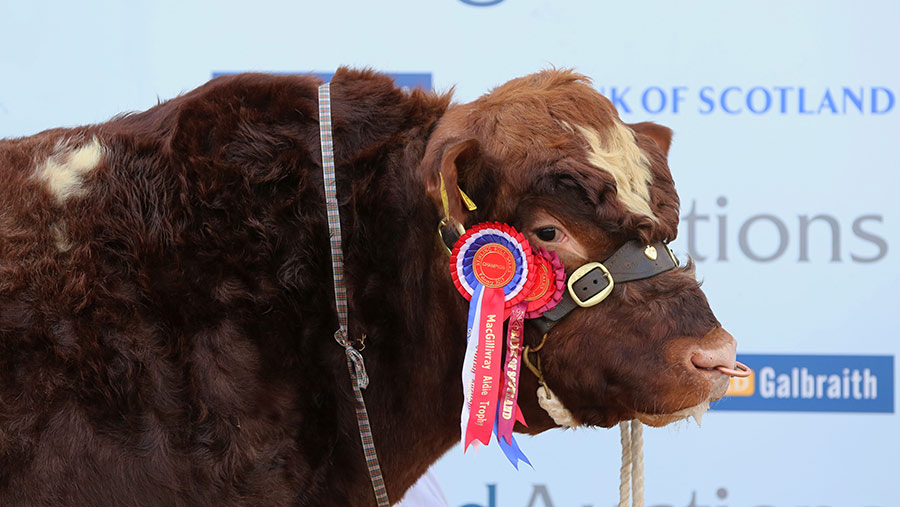 Valuable trade in livestock between Great Britain (GB) and Northern Ireland (NI) is under threat because of new ear-tagging and animal movement rules.

Post-Brexit arrangements classify GB as a third country for exports to the EU, but NI is subject to the NI Protocol and EU rules, which apply to livestock movements to and from the country.

This means that when a NI breeder brings cattle to shows and sales at Stirling or Carlisle, for example, if that animal isn’t sold, it must remain in residence in GB for six months before it can be returned.

New tagging arrangements are creating a major headache, too.

Under the new rules, an animal moving from GB to NI must have an additional tag inserted with a “GB” identification. Once it arrives at its holding of destination, its existing tags must be removed and replaced with two new tags.

For cattle, this must be done within 20 days, 14 days for sheep and goats and 30 for pigs. The ear tag rules don’t apply to animals going direct to slaughter or to animals moving from NI to GB.

Sue Cope, chief executive of Holstein UK, warns an animal’s pedigree history and important data such as animal health scheme accreditation and performance recording – all traced through an animal’s ear tag – could be lost.

“It is madness that we have replaced a wonderful system, with every animal having a unique identification (ID), with an ID system that was put in place in regulations in 2007 for a completely different purpose.”

Ms Cope says ear tag ID is as important to an animal as National Insurance or National Health Service numbers are to people.

“Those numbers link lots of bits of information together; when those are taken away it is very difficult to retrieve that data. This is the case with ear tag numbers, too.”

“It will reduce the value of NI stock because buyers in GB know that animals can’t be taken back home again. If farmers are selling in a live auction, they will have their backs against the wall.”

The restrictions affect cattle, sheep, goats and pigs, too.

“It is detrimental to beef and lamb production if pedigree animals are not able to move freely backwards and forwards,” adds Mr Shand.

“NI breeders are a very important part of UK breed societies. Why should they be treated differently?” he questions.

Breed societies have formed a task force in an attempt to find a “workable outcome”.

Mr Shand says a resolution has been found to the trading of used farm machinery with a temporary derogation and this could be applied to livestock, too.

“We are lobbying for change and haven’t given up on that. Perhaps a licence, putting a temporary residency in place, might be workable,” he suggests.