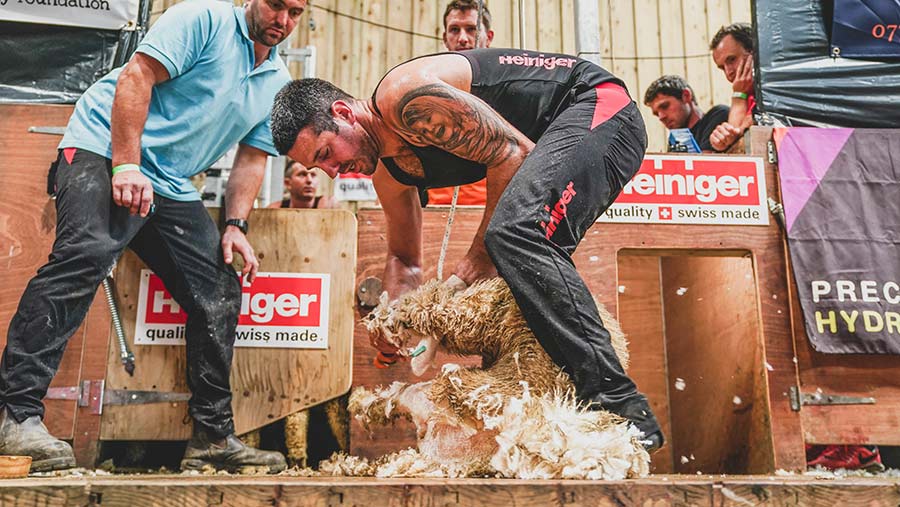 A new world record has been set by a British man, who sheared 872 strong wool lambs in nine hours at Trefrank Farm in Cornwall.

Averaging almost 97 lambs an hour, Mr Connor smashed his last world record attempt from 2019, where he sheared 785 lambs in nine hours, which was a new British record.

The latest world-record attempt was streamed live on Facebook.

An emotional Mr Connor dedicated his astonishing achievement to his three-year-old daughter, Grace, who lost her life to mitochondrial disease in 2018.

“She has been with me, watching me do this all day. This all started with Grace… I want to leave something for Grace to be proud of,” Mr Connor said. The shearer had a picture of Grace with him on the stage throughout the day.

He and his wife, Kira are raising money for The Lily Foundation, a UK charity dedicated to fighting mitochondrial disease.

The new world-record holder thanked his training team, as well as the team at Trefrank Farm for their hard work in putting on a safe event.

“To have the opportunity to be here behind some legendary shearers is unbelievable,” Mr Connor said.