A solid trade saw 16 bulls make five figures or more and 65 lots (55%) make between 4,000gns and 9,000gns at Borderway on Saturday (5 May) at the British Limousin Cattle Society sales.

Averages for senior and junior bulls slipped as trade failed to hit the highs of last year, when Ampertaine Mozart made 100,000gns and Wildoge Lookout sold for 60,000gns. However, commercial and pedigree interest remained strong to achieve an 80% clearance rate.

Topping the trade at 35,000gns was Ampertaine Majestic from WJ & J McKay, County Derry, who led the sale again after last year’s successes. The December 2016-born bull is by the Wilodge Vantastic son Plumtree Fantastic.

His dam is Ampertaine Joy, a maternal sister to the 13,000gns Ampertaine Interest. He is Joy’s first calf. Combining muscle, milk and calving ease, he caught the eye of Gareth Corrie, Newtownards, Northern Ireland. 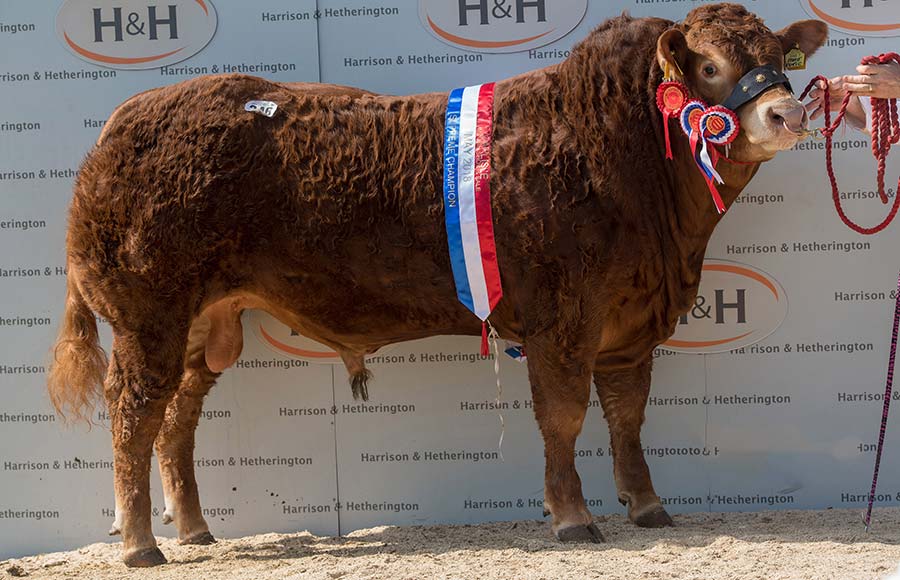 Next at 20,000gns was Swarland Eddie son Twemlows Morpeth from Will and Jackie Forrester, Whitchurch, Shropshire. He is out of Twemlows Hilda and was bought by George Hutton, Setmabanning, Keswick, for his Cloughead herd. 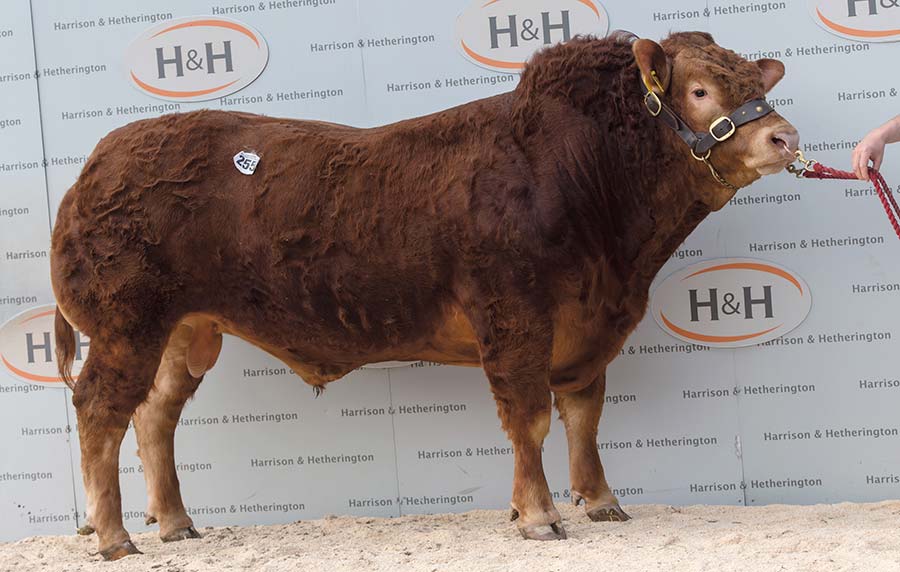 Second best on the day was Twemlows Morpeth at 20,000gns © Wayne Hutchinson

Close behind at 19,000gns was Newtack Maltster from Grant Morrison, Grange, Keith, in his first trip to Carlisle as a vendor. He was knocked down to H Annett and Son, Widdringtoon, Morpeth, for their Widdrington herd.

At 18,000gns was Gunnerfleet Merving from Ian Handley, Ingleton, Lancashire. He sold to Proctors Farm, Clitheroe. He is by Ballinloan Jagerbomb and out of Gunnerfleet Jenie, who goes back to the herd’s best cow, Enchantress. 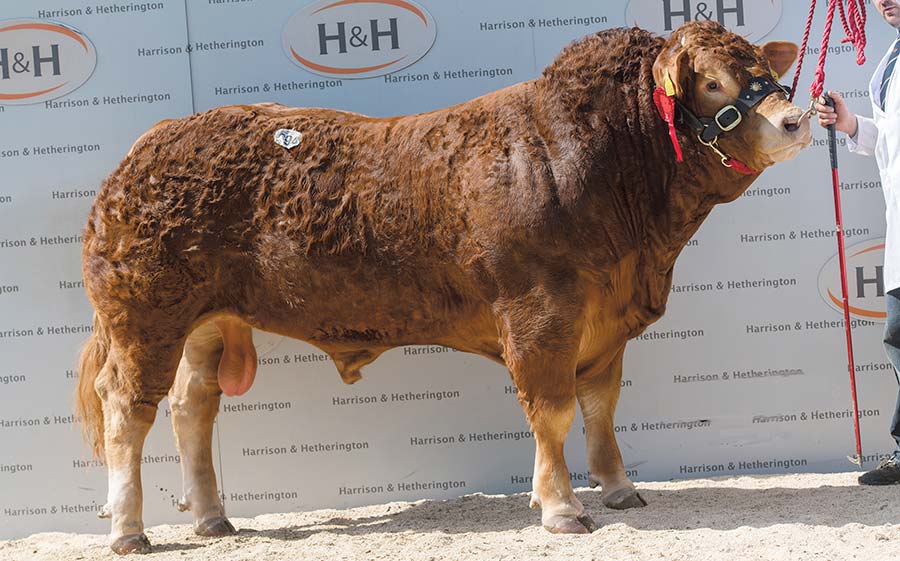