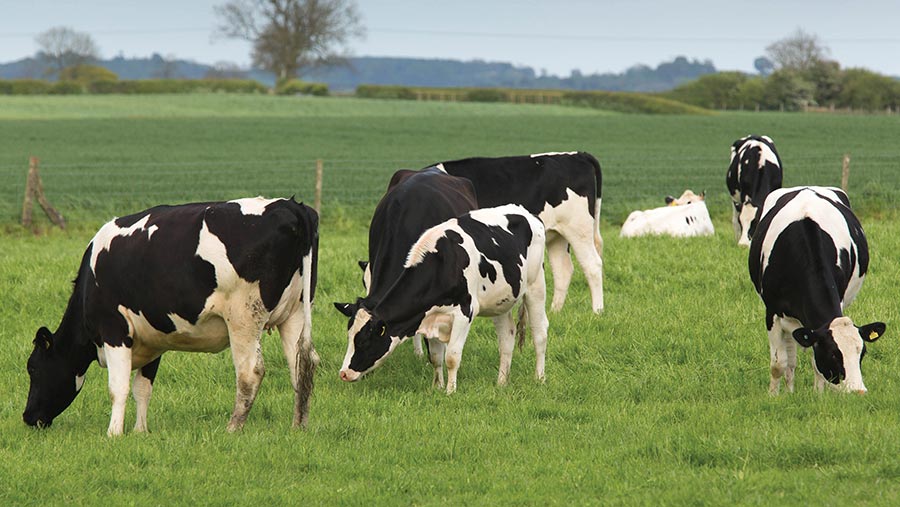 British beef and dairy farmers must not be singled out and unfairly blamed for climate change as they are leading the way towards a sustainable future, the British Cattle Veterinary Association (BCVA) has said.

As the two-week COP26 climate summit in Glasgow ended on Friday (12 November), the BCVA said it broadly welcomed the global pledge by more than 100 countries to curb emissions by 30% by 2030 that emerged as one of the first agreements.

According to researchers at Our World in Data, agriculture, forestry and land use accounts for 18.4% of greenhouse gas (GHG) emissions.

Roughly 5.8% of this figure of 18.4% is attributed to “livestock and manure”, including methane produced as a by-product through a process called “enteric fermentation” when microbes in their digestive system break down food.

The latest official Defra government data for 2019 shows that UK agriculture is responsible for around 10% of UK GHG emissions – and just 6% if only considering livestock farming.

Despite this, the BCVA said “inevitable commentary” in the media over the past fortnight has placed a “disproportionate emphasis” on agriculture’s role in global warming – especially when UK farming is leading the sustainability charge, including the NFU’s ambitious goal to reach net zero across England and Wales by 2040.

By contrast, just 100 companies have been identified as the source of more than 70% of the world’s GHG emissions since 1988 – and there isn’t a farm among them, the BCVA noted.

The association said biogenic methane, the kind produced by cattle, is not the same as methane produced by fossil fuels. This is because a cow’s natural carbon cycle sees methane broken down after 10 years into carbon dioxide, which is in turn recycled via photosynthesis and rumination.

The BCVA said it was also crucial to note that UK beef production is among the most sustainable and highest standard in the world – and emissions from British beef are 52% lower than the global average.

And the government must not damage the high standards of the UK farming industry by outsourcing our environmental footprint via imports produced to lower standards. High-welfare food production and food security “should remain the goal”.

BCVA president Elizabeth Berry said: “We all share a commitment to meeting welfare standards, safeguarding public health and creating an environment that meets our needs today without compromising the ability of future generations to thrive.”

‘Less and better meat’ is the answer, says Sustain

Eating less and better meat and dairy products produced to higher welfare standards and systems that are good for wildlife can help play a part in a greener future, according to Sustain – the alliance for food and farming.

Vicki Hird, Sustain’s campaign co-ordinator, told Farmers Weekly that the COP26 agriculture debate had focused on ruminants, but ignored the climate impact of intensively farmed chicken and pigs, fertiliser and emissions caused by land use change.

“Meat, especially ruminant meat, gets a hard rap, yet there is little doubt, given its huge global and UK land take, biodiversity, and climate impact that we need to rethink our relationship with all livestock products,” said Ms Hird.

But farmers need a just transition and a strong evidence base for the changes, she stressed. Policies should be based on a clear understanding of the wide adverse impact on farmgate prices, as well as pollution, of very cheap, intensive poultry, pork, and dairy systems.

And the role of high-quality, agroecological ruminant production in maintaining some important wildlife and carbon stores and the nutritional value must not be overlooked.

“Given the dire impact of climate chaos on farming too we need to move swiftly and fairly to less and better meat production and consumption in the UK and all high meat-eating nations,” said Ms Hird.