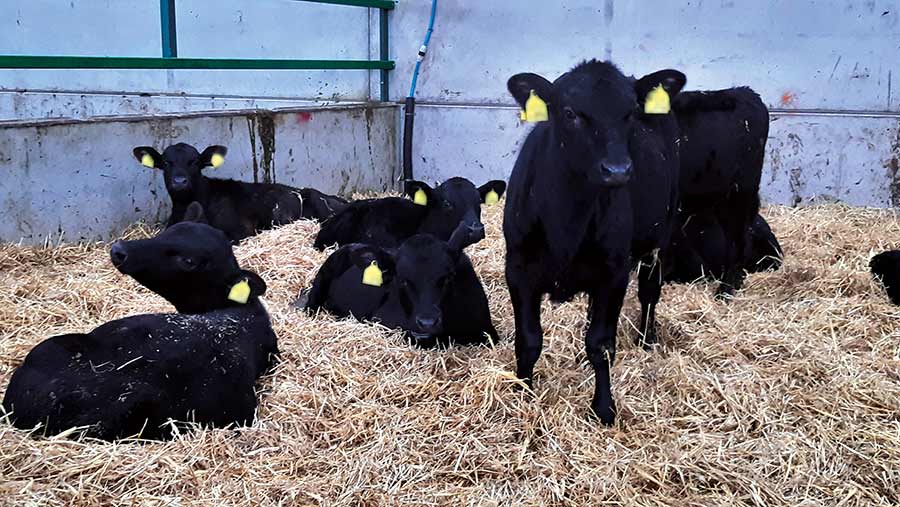 A joint calf-rearing enterprise between two neighbouring farms in the Midlands is bringing benefits to both parties.

The idea to work together came as the Slays were looking to generate additional income.

While they were planning a new calf unit for the 100ha (247-acre) farm, they were put in contact with Mr Pilkington.

The resulting agreement involves selling two batches of 200 calves a year, at an average weight of 155kg. Both parties share the risk of investment and the profit.

The calf unit, built 18 months ago, is also set up in line with Animal and Plant Health Agency (Apha) requirements to work as a TB isolation unit, in the event that Mr Pilkington’s dairy unit falls under bovine TB restrictions.

Having a single source of calves only 13 miles away is also a major benefit.

“We know there is a high standard of colostrum management and husbandry. We work closely with Matt and his team to maintain consistent management between the dairy units and ours, right down to the timing of feeds,” Mr Slay explains.

The collaboration has also been a good fit for Mr Pilkington and his family, helping their business navigate a number of changes.

“Three years ago, we had a TB break down for the first time and the labour involved in rearing the calves put a lot of additional pressure on our staff,” recalls Mr Pilkington.

“Arla brought in their “every calf has a value” scheme and, at the same time, we were starting to use more sexed semen.

“This helps with genetic improvement in our replacements and provides an opportunity to produce more valuable beef calves.

“It works well for us to focus on milk production, knowing Tom and Caroline are looking after the calf rearing.” 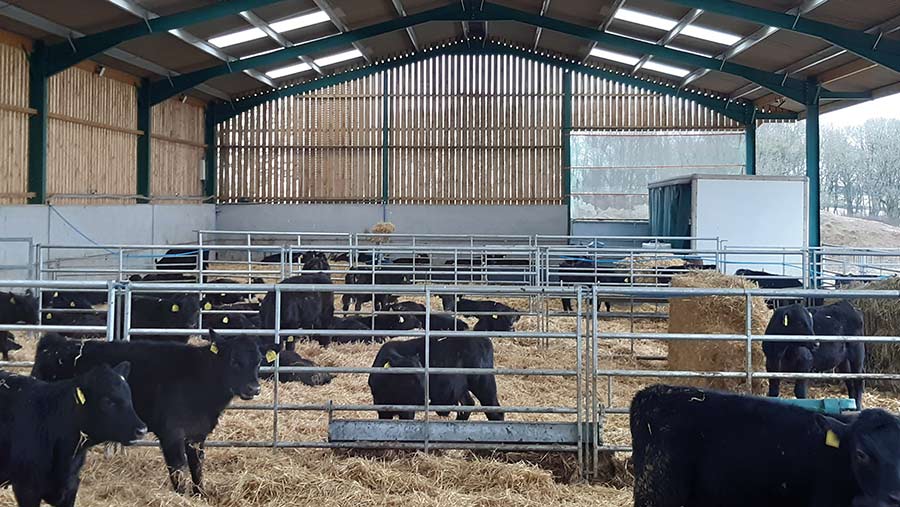 In case of TB restrictions, the block-calving system means that the calf unit can be filled with a batch of calves within a six-week period, in line with Apha rules.

The unit is then closed until the calves are sold, allowing the shed to be cleaned out and rested before the next batch of calves comes in.

If calves are TB-restricted they must have two clear tests, at 60 days and 120 days after the last calf arrives, to be TB-clear.

If there is a reactor, the calves can be marketed as TB-restricted or follow the same testing regime again.

A written document contains the pre-agreed terms between the two parties.

Open book accounting is used for the calf-rearing enterprise. Mr Pilkington records all his costs from birth until calves go to the calf unit.

Then the Slays do the same, including labour, feed, straw and health costs. Once calves are sold and both parties’ costs are covered, the remaining divisible surplus is split 50/50. 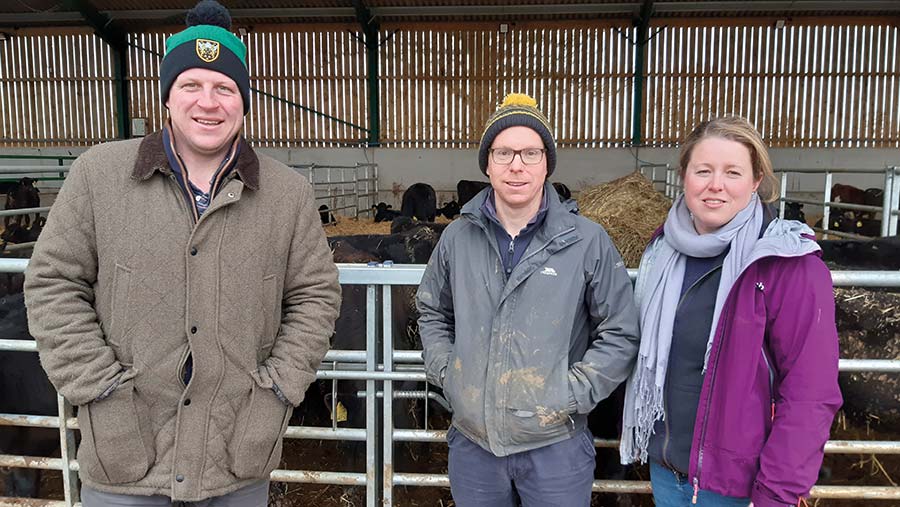 The agreement is based on open communication and close collaboration.

Each member of the team shares the same aims and has a vested interest in producing high-quality, healthy calves.

“We all ask questions of each other and work as a team,” says Mrs Slay. “No two seasons are the same and we have to keep building on what we learn, adapting and being agile.”

For example, the Slays can give feedback and data on how calves are performing and have an input into decisions on beef sires.

“The plan is to move to almost 100% Angus-cross calves over the next two batches, for our end market,” says Mr Slay. “With sexed semen being used, we’ll only be rearing a handful of black and white bulls in future.”

As well as good colostrum management, Mr Pilkington invested in a pasteuriser last year using a Farm Investment Fund grant to help further reduce risk of diseases such as Johne’s.

On the Slays’ unit, entrance gates and perimeter electric fencing ensure the whole site is isolated. The feed bin is close to the fence so feed lorries can deliver feed without entering the unit.

“If we have any concerns about a calf, we check the temperature and potentially use pain relief like Metacam.

“Antibiotics are only used when necessary, following a system of first- and second-line treatments,” says Mrs Slay.

Regular guidance on management from the couple’s vet is invaluable.

“For the latest batch of calves, we’ve trialled Solacyl, which is similar to aspirin in humans,” says Mr Slay.

“It’s added to the milk for three to five days on arrival to help through this big change period.

“We’ve got to review the data, but the impact is looking positive on further reducing antibiotics use and improving growth rates.”

Calves are transferred to the unit at around 45kg and offered straw, water and concentrates. Milk powder is fed at six litres a day.

Milk is gradually reduced, following a set protocol, over a period of two-and-a-half weeks before weaning at eight weeks old. By then, calves are eating 2kg a head a day of a 17% protein cattle nut.

The Slays now feed haylage along with the concentrates from around two weeks post-weaning, having reduced the level of concentrates for their second batch.

“We’ll keep focusing on nutrition, using our data to try to get the right balance between maintaining calf growth and quality while keeping costs down,” says Mr Slay.

The target average weaning weight is 85kg and the aim is to sell the calves at 16 weeks old, at an average 155kg.

Setting up is capital intensive, and there is no cash flow until the first calves are sold. The Slays and the Pilkingtons were both able to introduce working capital.

If a batch needs to be isolated due to TB, there may be no outlet for the calves for an extended period. In fact, the Slays’ first batch of calves had a single TB reactor.

This was a major blow but Buitelaar, which buys the calves from the business, took them as TB-restricted animals.