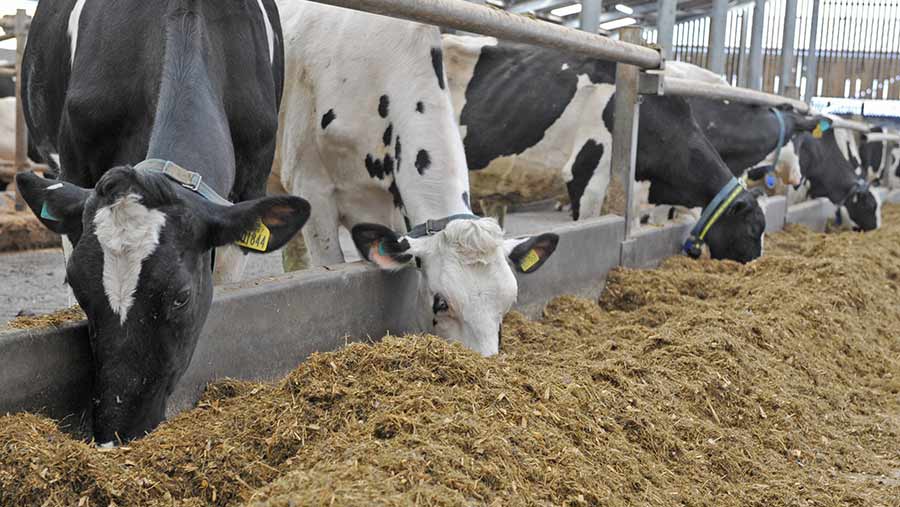 A feeding system that prevents dairy cows sorting concentrates from forage in a total mixed ration (TMR) has been shown to increase average daily milk yield by 1.6 litres a cow during a Farming Connect trial.

Compact feeding, which involves soaking concentrates in water and pre-mixing, was trialled in the dairy herd at Llysfasi College, a Farming Connect innovation site.

The unit manages its herd of year-round-calving Holstein Friesians in two groups of 100 cows in line with its a2 milk contract. This allowed the two systems of feeding to be directly compared.

One group was fed a ration mixed conventionally in a feeder wagon, while the ration fed to the second group was prepared according to the compact method.

How the compact feeding worked

This involved moistening and pre-mixing the dry components in eight litres of water a cow (800 litres for 100 cows) before mixing these with the forages for 30 minutes.

The blend is soaked overnight and the following morning this is added, along with the dry minerals, to the forages.

The principle behind this approach is that it gives every cow a consistent ration. 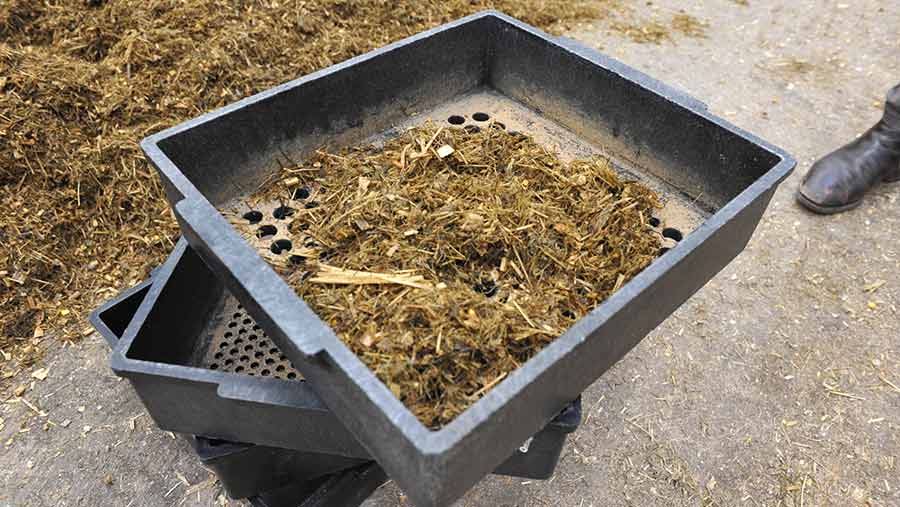 Sieve to check for signs of sorting

During the four-week trial, milk output in the compact TMR-fed herd not only increased, but dung, milk butterfat and rumination levels among all the cows were more even.

A dung texture scoring system, ranging from loose and watery at 1 to a stiff consistency at 5, was also used to assess cow diet.

There was a high level of 2s in the normal TMR group, which is indicative of a ration imbalance.

Will Jones, of Kite Consulting, who analysed the trials results on behalf of Farming Connect, says the data demonstrated the diet was consistent.

“Every cow is getting a diet that is closer to that shown on paper instead of some getting more concentrates because they have sorted it from the forage and the more timid cows getting the fibrous material that has been left behind.

Soaking the feed overnight makes it more available in the rumen; this is because the protein bonds in the different feed components are broken down and the degradation of the feedstuffs is quicker because it can be accessed by rumen bugs.

Llysfasi has good mixing protocols for the normal TMR ration and feeds a comparatively low level of concentrates – the ration is 4.5kg concentrates and 70% forage DM.

There is opportunity for even greater improvements in herds where rations are undermixed or have a higher level of concentrates, Mr Jones adds.

Llysfasi farm manager Dewi Jones says he has been convinced by compact TMR and will continue this approach next winter.

“We have not fed the herd more, we have just fed them differently,’’ he points out.

He is confident that over a longer period there will be increased lying times and improved foot health because cows will be less inclined to follow the mixer wagon around the shed once they learn they can’t sort the feed. 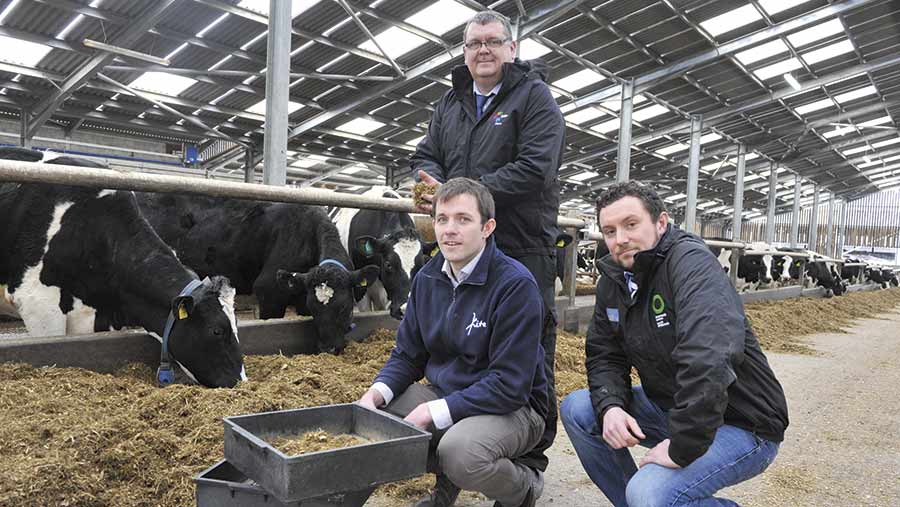