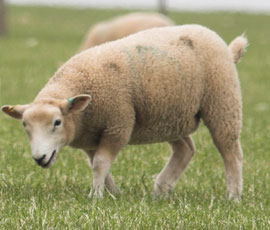 Suzie Horne and Aly Balsom ask the key questions and give the answers on the Schmallenberg virus.

Schmallenberg is a viral disease affecting cattle, sheep and goats.

Where has it been detected?

• The disease was first detected last August in cattle in Germany and has spread to The Netherlands, Belgium and the UK.
• View our map on EU incidence of Schmallenberg virus

• The disease appears to be spread by insect vectors, such as midges – similar to Bluetongue.
• Exact source for UK is unknown or inconclusive – all four farms are in the at risk areas for carrier insects coming to UK from Belgium and the Netherlands
• There is no transmission between affected animals.

How many confirmed cases so far?

4 in UK – all UK cases are in sheep with limb deformities in lambs.

What are its effects?

Symptoms are quite generic, but usually affect a number of animals in a flock or herd. Clinical symptoms usually disappear after a few days, but can include:

• Loss of production
• Fever
• Loss of appetite
• Loss of condition
• In some cases, diarrhoea
• Outbreaks of the disease have been reported to last about 2-3 weeks
• Abortions and congenital deformities have been reported following recovery of infected animals. Affected new-born animals may have limb and brain defects. In severe cases limbs and spines may be twisted. Calves and lambs may also be weak and or blind and appear like “dummies”
• Virus can cause dramatic changes in the brain
• Infection in adult animals leads to declining milk production and high fever

How can I prevent it or treat stock?

• There is currently no treatment or vaccine for the disease.
• Farmers planning to purchase cattle from Belgium, the Netherlands or Germany should enquire about the health history of herds of origin of pregnant animals.

What do I do if I think my stock have been affected?

• Speak to your vet.
• DEFRA is urging producers to report any incidences of limb and brain defects in new-born animals to the SAC or AHVLA via their vet.

Can it be treated?

There is no vaccination or treatment for affected animals. Vaccines against similar viruses are understood to exist in Japan and Australia.

Is it harmful to humans?

Not on current evidence

Not in the UK. Five regions in Germany are voluntarily reporting cases confirmed through laboratories. The German Government will decide on plans to make the disease notifiable at the end of March – the delay is explained by the need to find out more about the disease and its incidence in the meantime.

How do I find out more?

• Keep up to date via DEFRA’s website and on FWi.

For more on the disease go to our Schmallenberg resources page

Have you been affected by the disease or have you got questions about it? Join our forum on Schmallenberg