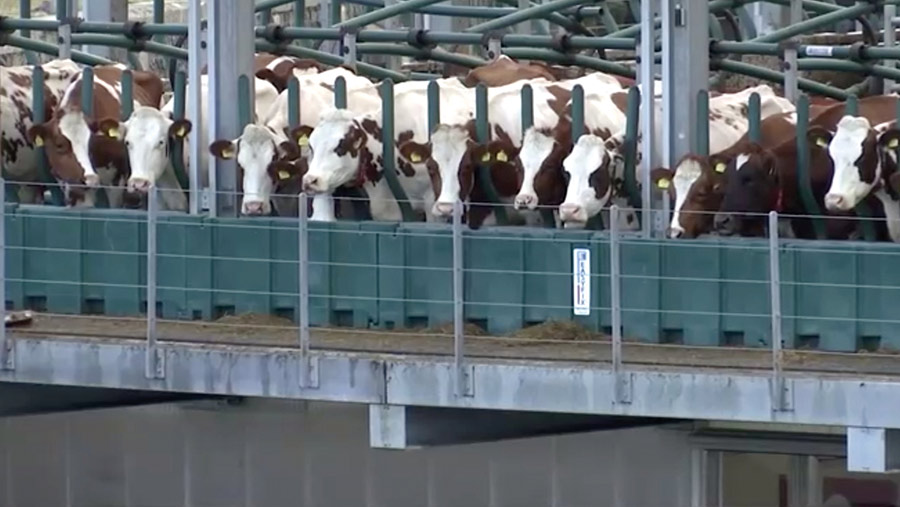 A Dutch politician has called for the closure of Rotterdam’s floating dairy farm after two cows fell into the water.

One of the cows was winched to safety by emergency services in the most recent incident. It is believed the cow fell from the ramp leading to grass on the dockside.

The Meuse Rhine Issel cows are able to wander back to dry land to graze.

The floating dairy farm in the city’s harbour opened in 2019 as a solution to reduce food miles.

But concern has been raised about animal welfare after the cows fell from the farm, where they are housed and milked.

Ruud van der Velden, a councillor and head of the local Partij voor de Dieren (Party for the Animals), said he brought a motion before Rotterdam council to have the farm’s permit revoked, but it did not receive enough support.

“On Tuesday [27 April] there was another accident with a cow falling into the water, an animal weighing between 600kg and 800kg, the emergency services were called and it took them more than an hour to get it out of the water,” Mr Van der Velden told DutchNews.nl.

“It is dangerous when cows leave the pontoon for the gangway to go to the waterside and this is the second time that a cow has ended up in the water – the last was in December.”

The farm was created by Dutch property company Beladon and is in the middle of Rotterdam’s Merwehaven harbour.

Peter van Wingerden, founder of Beladon, told the Dutch news site: “We are one of the most animal-friendly farms in the Netherlands, maybe even Europe.”

Mr Van Wingerden said cows also fall into the water and have to be rescued by farmers on regular farmland.