Daylesford Organic Farm is successfully keeping production costs down by running a low-input system and maximising milk from forage.

The dairy is making a 29ppl margin over concentrate, with milk sold to its own in-house creamery, producing kefir, yoghurts and cheeses, for 40p/litre year-round.

Priority is placed on producing milk solids, with the cows yielding 5,900 litres at 3.36% protein and 4.16% butterfat.

Farm manager Richard Smith explains how a change of breed and tighter forage management have reduced costs and made for a more sustainable system.

The herd was originally made up of higher-yielding Holsteins. But health and production challenges highlighted the Holstein’s heavy demand on inputs.

The first step towards sustainability was to switch breeds from the large-framed Holstein cows to pedigree British Friesians, explains Mr Smith. The Friesian is a more moderate-sized breed that can still produce good yields from forage while sustaining high health, he believes.

He began introducing Friesian genetics 15 years ago and established the pedigree line over a decade to keep costs down.

Having focused on longevity, conformation, locomotion and soundness of udder, he now has a uniform herd that is efficient, long lived and resilient to lameness and mastitis. 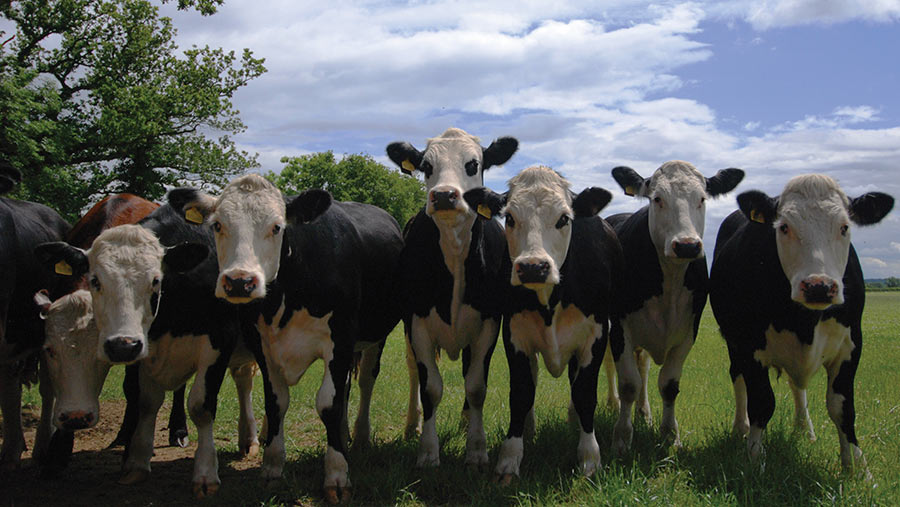 Mr Smith says the herd is thriving on the organic, extensive grazing, producing on average 5,900 litres a lactation with a productive life of six years.

Cows calve from the beginning of September through to April – with a spring bias to make the most of early grazing ­– while maintaining milk supplies to the estate’s creamery all year round.

Cows are served 60 days post-calving with a body condition score of 2.5 to 3. The target is to get cows back in calf by 100 days in milk.

All AI work within the herd is now carried out by the farm’s AI-trained herdsmen. Conception rates currently sit at 1.85 straws per pregnancy, but Mr Smith is looking to reduce this to 1.7 by improving operator efficiencies.

The remaining 65% of the herd – including all bulling heifers – are served either with beef semen or by a Hereford stock bull.

This provides the beef enterprise with a supply of calves.

The herd’s target replacement rate is 11% with excess heifers sold as pedigree stock.

Cows are typically rotationally grazed from mid-April to mid-October, and are allocated fresh grass every 12 hours.

Grass is plate metered and the aim is for cows to enter paddocks at 8cm and exit with a residual of 4cm. Paddocks are then typically rested for 10-12 days.

Mr Smith says: “We no longer see tufts or clusters of unfavoured grazing that would add up to significant yield loss over the whole platform – the paddocks are grazed out well by the cows.”

If the grass is getting away, paddocks are taken out of the rotation and mowed and baled.

Cows are fed an average of 0.8t of cake and 0.6t of straights per lactation and are offered a total mixed ration during the winter to achieve maintenance plus 18 litres. This comprises:

In the parlour, cows are fed an 18% cow nut that is monitored by the parlour computer, with a maximum allowance of 6kg calculated at 0.45kg/litre. Average concentrate use is 0.26kg/litre at a cost of 11p/litre.

The farm has been practising agroecological methods for 30 years now under organic status. This means adhering to practices which provide environmental, economic and social benefits.

The grazing platform comprises a range of grass varieties and red and white clovers.

“In grazing leys with red clover, we sow with faster-establishing ryegrasses which limits the clover intake, reduces the risk of bloat and makes it safe to graze,” Mr Smith says. 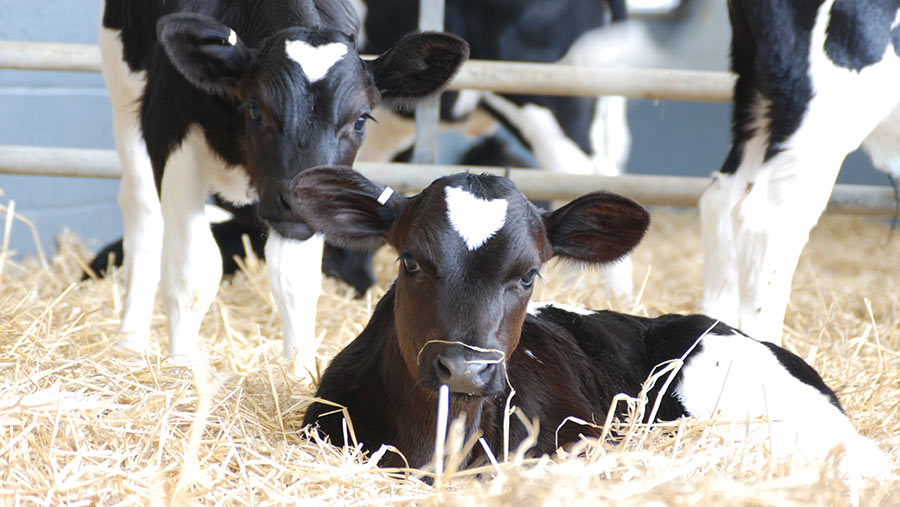 Drought can be an issue in the summer, so he includes drought-tolerant species such as cocksfoot to preserve grass. He also buffer feeds for one to two hours after milking through the drier months, which alleviates pressure on grazing.

Mr Smith ploughs exhausted grass leys in the spring, and drills spring barley followed by undersown grass seed six weeks later – this gives the ley time to establish and produces a combinable crop in the interim.

For silage production, grasses, clovers and fertility-building legumes are grown in rotation with arable crops.

Mr Smith has found growing sainfoin for silage and late season grazing provides a quality forage. It typically yields 37.5t/ha at 18% protein and 13.5+MJ/Kg ME.

Once all silage cuts are taken for the year, he sweeps aftermaths with finishing lambs which achieve up to 350g daily liveweight gain.

As a deep-rooting legume, sainfoin draws up minerals and trace elements from subsoils, reducing the need for mineral supplements when grazed, says Mr Smith. It also improves soil structure and fertility, fixes nitrogen, and has lifted subsequent winter wheat yields to 7.5t/ha.

Understanding what your farm can grow well with minimum inputs is key in keeping the external costs low, explains Mr Smith.

“Sainfoin prefers a pH of 7 and our brash ground is naturally higher in pH – eliminating the expense of external inputs to address soil pH. Our only input is a top dressing of composted farmyard manure in the spring.”

Sustainability is about both the environment and the business, he explains. “The low input system here is very much reliant on the livestock, forage and arable components working together. And that comes down to how we manage and preserve the resources we have.”