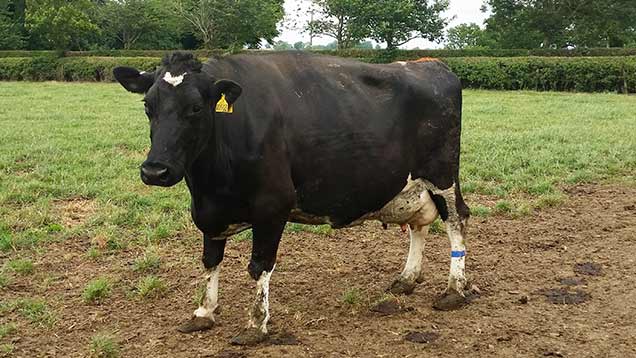 Born on 20 December near Buckingham, Mr Barker bought her three years later at Buckingham Rugby Club from the captain of the Pot Bellies Rugby Team for £622 after a good night out, he says.

See also: Check out the livestock legend wall of fame and upload your picture

Betty has produced 15 calves, including three sets of twins and only recently calved a beautiful Hereford-cross, according to Mr Barker.

This matriarch of the herd has never had mastitis and is still producing 6,500 litres/year.

If you have a livestock legend in your herd or flock, then we want to hear about it.

Maybe you have a suckler cow that has produced an unusual number of calves over its lifetime, or a dairy cow that is a particularly efficient producer of milk.

Email a short description of your legend along with a picture to fwlivestock@rbi.co.uk.