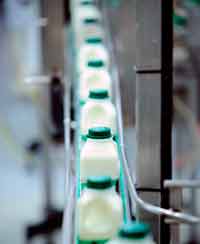 The decline in deliveries from May, by 5.2%, was consistent with the end of the spring production peak, said DairyCo’s latest report. However, it was less marked than the 10-year average drop between May and June of 7.9%.

Dairy farmer numbers in England and Wales continued to fall in June, to 11,256 – 4.1% lower than the same time last year. That was 28 fewer farmers than in May, according to DEFRA.