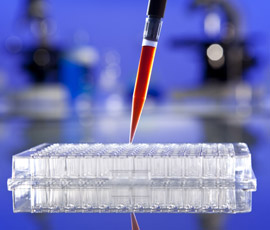 A decision to strip Wales of two remaining regional veterinary centres of their laboratory facilities has been challenged by Welsh MPs.

Chairman of the Welsh Affairs Select Committee, David Davies said: “The closures of the laboratories in Aberystwyth and Carmarthen in the next two years will impact on the rural community of Wales.”

Mr Davies has written to DEFRA farm minister Jim Paice expressing his concerns at the cost saving measures and seeking clarification on the reasons behind the closures.

The committee is asking for an undertaking that post-mortem facilities, which are vital for the early diagnosis of potential disease outbreaks, will not be affected.

The British Veterinary Association gave evidence during one of the committee sessions on the lab closures.

Carl Padgett, BVA president, said that since the closure proposals by the Animal Health Veterinary Laboratories Agency were first announced, the BVA had expressed concern about the impact in Wales.

“We do recognise the significant financial pressures on the government and on the AHVLA but it is vital that any changes to our laboratory network are based on improving or maintaining the service, not simply cost cutting,’’ said Mr Padgett.

“We are very pleased that the Welsh Affairs Committee has taken on board so many of the concerns raised by our members through the BVA’s Welsh branch.’’

He said the association was keen to hear DEFRA’s comments on the potential for delays in diagnosis and deterioration of samples during transportation.