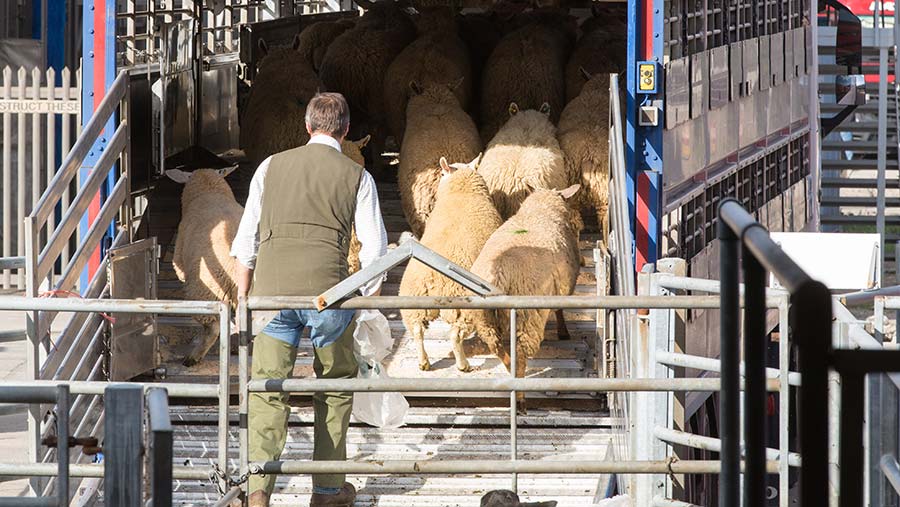 The plans form part of the eight-week consultation on live exports, launched by Defra secretary George Eustice in England and Wales on 3 December.

Until now, news reports have focused on the consultation’s proposal for a ban on live exports for fattening and slaughter.

But further details have emerged after industry experts analysed the document.

Of major concern is a ban on livestock journeys above 65km (40 miles) on days where external temperatures are forecast to be below 5C or above 30C.

For poultry, the proposed conditions are stricter still, with an operating temperature range of 5-25C.

Only journeys in air-conditioned or heated vehicles that can keep the temperature within the specified ranges will be permitted.

NFU chief livestock adviser John Royle said: “This has the potential to cause huge issues for the supply chain and [it has been] issued without an impact assessment – unbelievable.”

He added: “Defra has just dropped a bombshell on us. The cost implication and potential for food supply chain disruption are beyond belief.”

There were currently no haulage businesses which had equipment capable of meeting the requirements, Mr Royle reckoned. And the costs of scrapping the livestock haulage fleet or retro-fitting equipment was unknown but likely to be colossal, ruling out upgrades to meet the rules.

The temperature limits would see transit rescheduled to night-time in hot conditions, but during cold weather it would mean an outright ban.

Markets could be forced to close if animal numbers suddenly fell on cold or hot days, and processor throughput schedules would be disrupted, Mr Royle warned.

“It makes no sense. A hill ewe could legitimately sit in driving snow and 50mph winds but be banned from travelling when temperatures dip below 5C,” he said.

Agricultural consultant and Rural Response director Alice De Soer questioned how businesses would manage to plan around a weather forecast.

“Is Defra asking hauliers, livestock markets and processors to base business plans and throughputs on a forecast external temperature?” she asked.

From a practical perspective, it was unclear how this approach could be delivered in any sensible way, she said. And there would inevitably be regional variations in temperatures.

Some areas, particularly the uplands, could be shut down for days if not weeks during winter if temperatures below 5C were forecast.

Backlogs of animals trapped on farms could then have a detrimental effect on animal welfare, she suggested.

As well as the temperature requirement, Defra has proposed raising in-transit headroom.

Mr Royle said this would again cause huge cost for hauliers to replace vehicles, and also increase the number of road movements.

“In effect a two-deck lorry would be reduced to a single-deck, cutting in half the number of animals in each load,” he said.

The document also recommends cuts in livestock transport times and using local abattoirs as a method of reducing long journeys.

“This fails to recognise the consolidation in the processing sector,” Mr Royle said. “For example, some retailers may use a single processor.”

Proposed maximum journey times of nine hours for calves, 18 hours for pigs and 21 hours for cattle and sheep were difficult to calculate, given that accurately planning and policing timings into, during and out of livestock markets was not possible without a system of checks.

The more you dug into the proposals, he said, the more potentially damaging they were to the British food supply chain and its competitiveness.

Have your say on the proposals

The consultation deadline for responses is 28 January 2021

The survey to submit individual responses can be accessed on Defra’s website.

There is also a letter outlining the consultation remit (PDF) and further contact details.