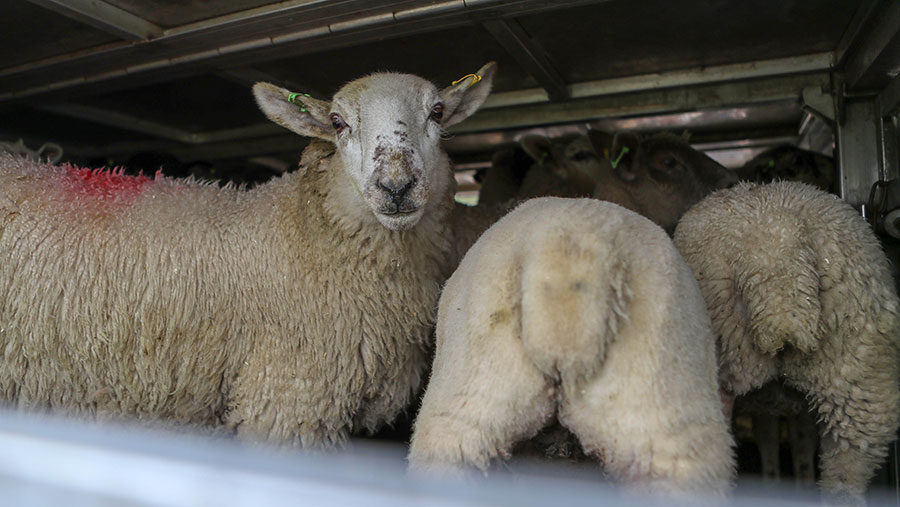 The government has unveiled plans to ban the export of live animals for slaughter and fattening.

The proposals form part of an eight-week consultation, launched by Defra secretary George Eustice in England and Wales on Thursday (3 December), seeking views on how to better protect animal welfare during transport.

“We are committed to improving the welfare of animals at all stages of life. Today marks a major step forward in delivering on our manifesto commitment to end live exports for slaughter,” said Mr Eustice.

“Now that we have left the EU, we have an opportunity to end this unnecessary practice. We want to ensure that animals are spared stress prior to slaughter.”

The government is also consulting on proposals to further improve welfare for all animals in transport. These include:

But the National Farmers Union (NFU) said live exports are an “important trade option for farmers” and wants Defra to consider its alternative plan for an assurance scheme to “ensure all animals travel in the best possible conditions and that they arrive at the approved and final destination in the best possible health”.

NFU livestock board chairman Richard Findlay said: “Animal welfare is a farmer’s top priority and livestock keepers want to ensure this care continues after the animals leave the farm. We believe that an assurance scheme which goes beyond the current regulation would be best to ensure all animals travel in the best possible conditions.”

Penny Middleton, NFU Scotland animal health and welfare policy manager, said: “Scotland has an excellent record on delivering good animal welfare during transport and sticking to the rules. That has seen the development of innovative transport solutions, particularly when shipping livestock from some of our islands.

“We will wait to see the details in both consultations and will comment further when we know what changes are proposed.”

Because animal welfare is a devolved matter, the UK government will work closely with the Welsh government on this consultation and share the results of the consultation with the Scottish and Northern Ireland governments.

The RSPCA said ending live exports for slaughter and further fattening “would be a landmark achievement for animal welfare”.

It said every year thousands of farm animals are exported from the Port of Ramsgate in Kent to be driven across Europe on gruelling journeys to be slaughtered, or fattened for later slaughter.

“Their welfare is also no longer protected by the UK’s standards once they have left the ports, and they may be fattened or slaughtered in systems that would be illegal here in the UK,” it added.

About 6,400 animals were transported from the UK directly to slaughter in continental Europe in 2018, Defra said.