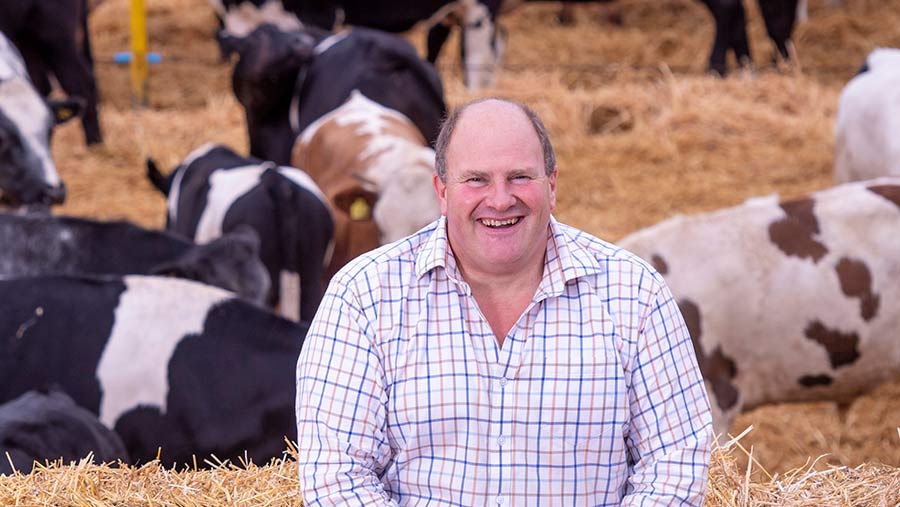 This is a far cry from what Southfield Farm was achieving in the 1990s, when the Laughtons finished 400-500 head of dairy-bred store cattle a year and delivered straw.

See also: Meet the 2018 Beef Farmer of the Year Finalists 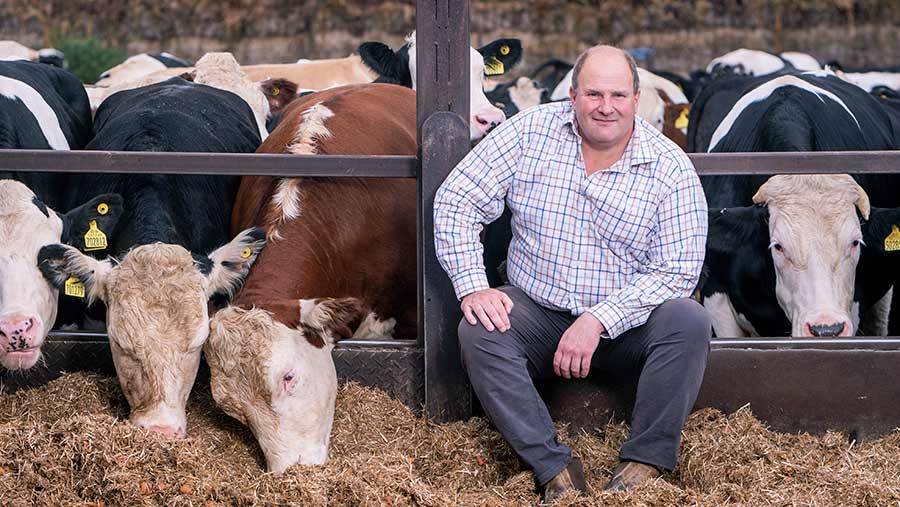 EID-collected data tells the team which breeds perform best and which bulls are producing the best progeny, allowing the business to ignore sources that don’t meet expectations.

On arrival, cattle are EID tagged and weighed to be put on a specific diet and wormed, fluke drenched, given a respiratory vaccination and a trace element bolus.

Cattle either come in as traditional store bullocks and heifers from live marts from Ashford to Stirling at 12-18 months or through integrated dairy-beef schemes at 12 weeks old weighing about 200-210kg.

A growing dataset has found the integrated animals achieved 333.9kg carcasses in 549 days, which is 3.5kg heavier and 206 days young than the conventional store cattle.

All cattle are categorised on breed. Angus and Hereford scheme cattle grow the fastest on average at a daily liveweight gain 1.25-1.3kg.

Superior growth and profit of integrated calf finishing means the business has found a more lucrative venture to diversify into further in the future.

Housing outdoors 365 days a year has resulted in mortality rates of less than 1% and antibiotics are used on only 2.6% of cattle.

A pen of 300 cattle can be bedded by one person in a matter of minutes with a carrot straw shredder. Pens are bedded three to four times/week and daily in winter.

During times of extreme weather, small groups of cattle are moved inside farm buildings. Misters and morning and evening feeding minimise the effects of hot summer weather, while extra bedding, rations and straw well shelter protects animals during wintry weather.

Staff are trained in handling and loading cattle through a handling system designed to have no bruise points, based on Temple Grandin’s principles, with quiet, low-stress black sand from blast furnaces on loading pen floors.

Integrated dairy-beef finishing and continuing current muck-for-straw agreements will be vital for future expansion. There are huge possibilities for contract rearing since Mr Laughton’s system is so modular and replicable.

Mr Laughton’s tremendous engagement and discussion with people inside and outside of the livestock industry will remain important for a better-functioning beef supply chain.

“Andrew is focused on producing beef as efficiently as possible using technology and research data to improve performance. He is also co-operating with arable farms and integrated beef supply chain systems.”