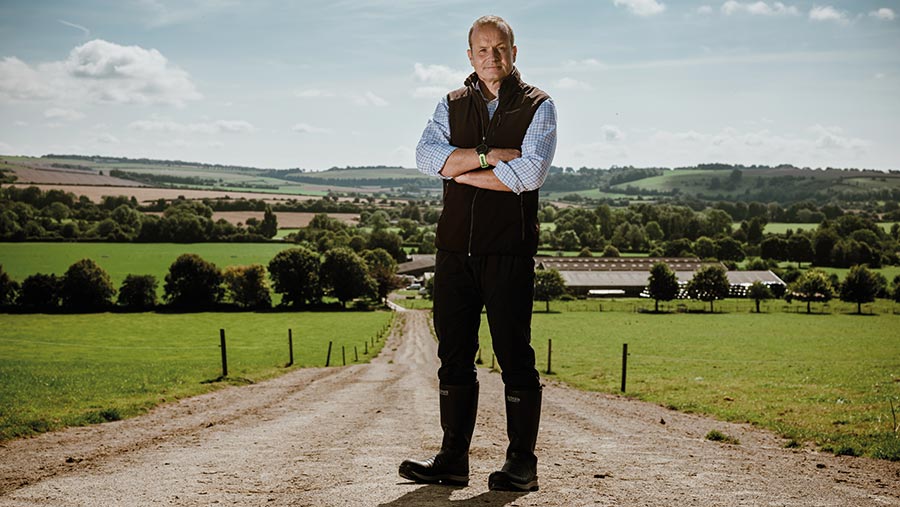 Ian Ohnstad, the Farmers Weekly Livestock Adviser of the Year, has dairy farming clients from Saudi Arabia to China, across to the US and down to New Zealand, and he is also a regular at international conferences.

Closer to home, he has a strong client following from the north of Scotland down to Cornwall, all eager to tap into his knowledge about milking systems and how to bring down mastitis levels.

This expertise helped one Oxfordshire dairy farmer client at Kingston Hill Farm slash mastitis rates in his 600-strong herd with a range of timely measures.

Six years ago, the farm had 61 cases for every 100 cows annually – just above the national average. It has now been cut dramatically to 18 cases.

“In one year’s time, we hope to be below 10 cases, with a renewed effort to control this damage disease,” he says.

Ian says the key to reducing mastitis is to have clean and dry milking cows. As each case can cost £220, this is a damaging disease.

Some of the crucial factors in controlling the disease in the Oxfordshire herd were a move to sand cubicles, increasing space around the animals, streamlining milking routines and not immediately treating early, mild stages of the disease.

The milking routine is often a key factor, and Ian points out it is often easier to get consistent routines in rotary milking parlours than in herringbones, as the operator has to move much less.

One often-overlooked and less-palatable measure to limit mastitis is a culling policy, as highly contagious cows need to be taken out of the herd to stop infecting others.

But this can be a difficult decision if the herd is expanding, or if culling for TB and Johne’s diseases is already cutting the size of the herd and diminishing the farm’s milk production.

Antibiotics use on the farm has come down with the use of sand cubicles and better milking routines. There is a focus on the pre-milking process of teat sprays and wiping with face towels.

One simple win in the mastitis fight has been to rotate the calving field for the autumn-calving herd.

A field close to the farm had been used for calving in September and October, and although very convenient, infection levels in the field needed to be broken.

Ian has been involved in the use of milking robots in grass-grazing systems, but his experience is often that the robots are not milking enough cows to make them  economically viable.

“I love the technology, but I don’t love the economics. The future could be to have a robotic arm on the rotary parlour to attach clusters to, but we are not there yet,” he says.

“Ian is my first port of call for cow and milking technology,” he says.

When David was fitting a new 60-space rotary parlour 20 years age, Ian’s help was invaluable, and the move has subsequently helped reduce antibiotics use.

Running the 600-strong autumn-calving herd and a nearby 360-head spring-calving herd keeps Ian busy with different challenges on both farms.

“Ian is essential for the growth of the business. I value his independence and his scientific approach to solve problems,” says David.

“Ian relates well to the people he works for, and is very clear and concise with his advice, tailoring it to what his customers need”.
John Royle, chief livestock adviser at the NFU

Find out more about the Awards, the categories and sponsorship opportunities on our Awards website..