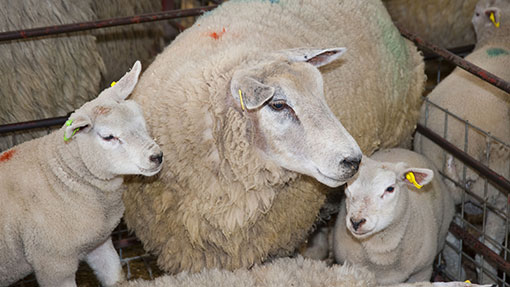 livestock mLamb producers should focus less on carcass specification and instead focus on days to finishing and growth rate, which is a better indicator of profitability, a leading consultant has claimed.

“If you can get lambs to finish quicker there is a cost saving to that,” sheep consultant Catherine Nakielny told farmers at an open day at Keith William’s farm, Hundred House, Builth Wells, Powys, organised by RABDF.

There’s an argument that you can get more money a kilo for higher grading lambs, Dr Nakielny admitted, but she said that if this came at the expense of growth rate then it is unlikely to be cost-effective.

“How important is that extra p/kilo if it is costing you more money to get there?” she questioned. “You need to look at what drives flock profitability in terms of inputs and outputs.”

Instead she believes lamb producers should be targeting grades U and R3L within the weight range with the most flexible options for selling to consumers, which is typically an 18.5-19.5kg carcass.

She added: “Different outlets will however want different carcass weights and the message is really to know what specifications will give you the best returns as well as meet the needs of consumers and processors.”

She predicted that in the future meat yield was going to play an increasingly important role and the true value of the loin would be recognised as the premium product it is.

“For ram breeders, you are breeding today for what you want in five years time. You need to ask yourself: Are you going to be in a position to meet market demands?”

John Yeomans, who runs a flock of 630 performance-recorded Beulahs near Newtown, Powys, agreed.

He believes the grading system is outdated and needs to be replaced.

“I think the current grading system is wrong and it wants chucking in the bin.”

He said despite the best efforts of all those involved, the Europ classification system is subjective.”

Mr Yeomans added: “I’m not suggesting for one minute the job is easy; they’re under a lot of pressure; from farmers and the speed of the line.”

Mr Yeomans completed a Nuffield scholarship on the developments in carcass classification of beef and lamb.

He believes more onus needs to be put on meat yields, which can be directly linked to saleability of lamb cuts on the shop floor.

“If you were a consumer buying meat you wouldn’t ask for a 3RL. There’s no relevance at all to the chain [with the current system].”

Instead he said a machine, such as video image analysis or an X-ray grader would be better meet market demands.

Mr Williams, who runs a flock of 800 Lleyn ewes, recently completed a Nuffield scholarship investigating if there were better systems than the Europ grid that would give a more accurate carcass assessment.

During his study tour he visited Australia, New Zealand and America and found mechanical systems of carcass classification removed the subjective human element.

“A mechanical system would be objective and consistent across different abattoirs compared with the subjective human-based Europ grid.

“To improve the efficiency of the carcass production cycle, a system needs to be implemented to reward the carcasses which produce a greater saleable meat yield.

“The Europ grid rewards greater conformation, which adds nothing to the eating experience, but is detrimental to animal welfare at lambing and calving time as it can create more birthing problems.”