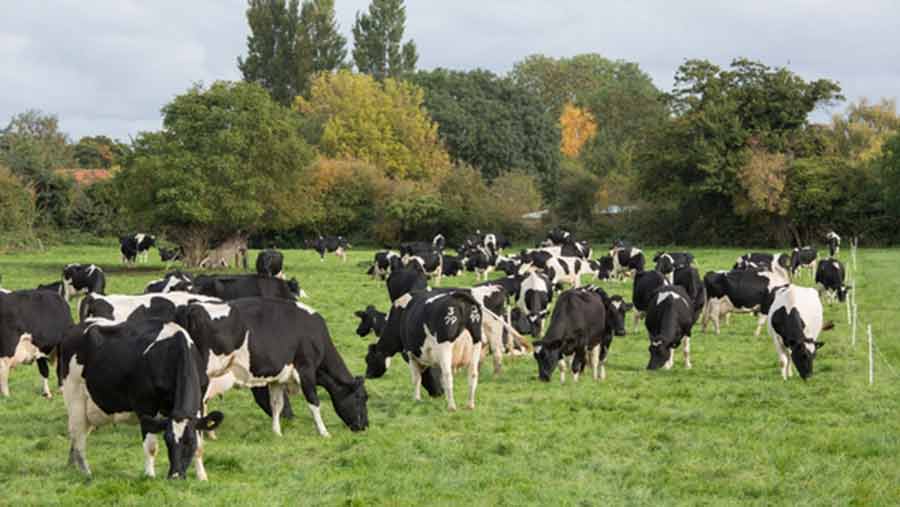 Farmers are urged to graze the unusually high winter grass covers to avoid management issues later in the year.

December was the wettest month in the UK for more than a century and the warmest December since records began in 1910 – with an average temperature of 7.9C. As a result, grass continued to grow through the winter.

“If grazing is possible, there is an opportunity to get cows out and make the most of the extra grass growth we’ve had this winter.”

However, managing grass quality for the rest of the year will be more challenging if high grass covers are left untouched, she says.

“If we don’t graze down to the residuals right now it’ll be harder to manage grass quality,” says Dr McConnell.

Despite concerns about the nutritional quality of the winter grass cover, Dr McConnell insists they “haven’t seen a huge dip in quality at all”.

“We have taken samples through Forage for Knowledge. What we’ve seen is that the grass quality is there.

See also: Sheep farmers told to be on guard for nematodirus

Despite these results, Dr McConnell urged farmers to check for compaction and test soil pH levels, which may have been affected by high levels of rainfall this winter.

According to John Morgan, a farm management adviser at Creedy Associates, the greatest challenge will be getting cows out to graze without damaging soil.

He suggests sending them out hungry to limit any damage.

“With on-off grazing we graze cows with an edge on appetite. As soon as they’ve eaten they’re brought back in,” he says. “I’d recommend it to any farmer that’s keen to get their cows out early but is nervous about soil damage.”

Farmers should also make best use of tracks to avoid damage to paddocks, he says.