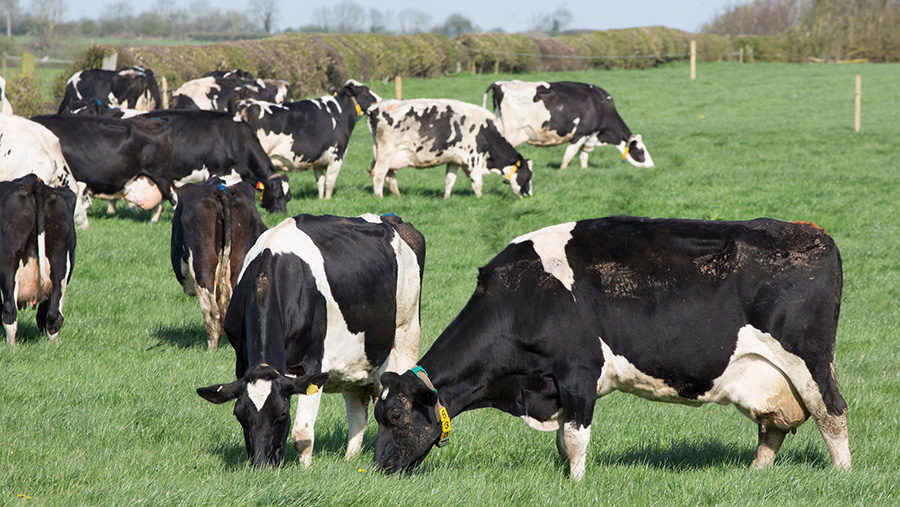 The application is allowing the two mobs of cattle he runs to be stocked densely at times when sward density is normally too low. 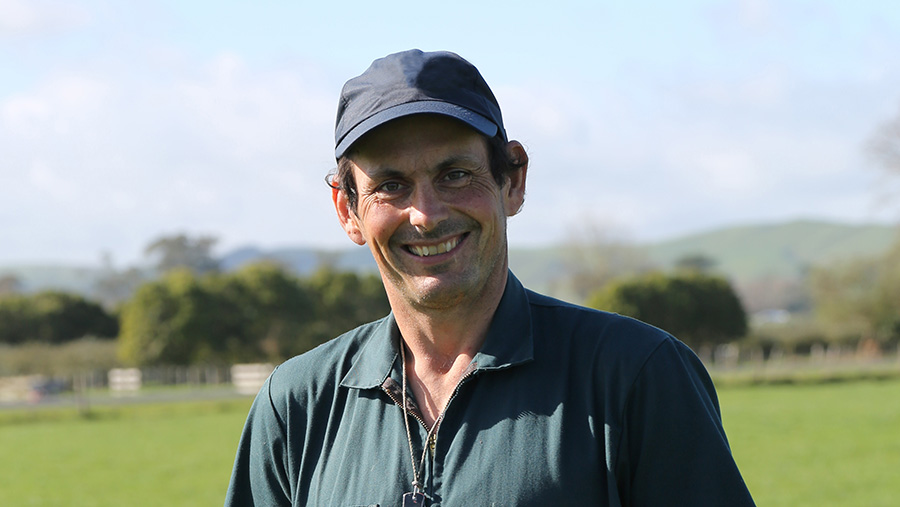 Spring applications are made when temperatures are still low – between 5C and 10C – as grass is beginning to grow slowly.

At this stage of the year the hormone treatment exploits and accelerates the early growth, lifting sward density and dry matter (DM) yields.

The maximum impact from the treatment occurs three to four weeks after spraying has taken place, says Mr Hinton.

Gibberellins are naturally occurring plant hormones which promote an increase in the size and number of cells leading to greater stem, leaf and root growth. Applying a gibberellin-based product accelerates growth and increases dry matter production.

“The growth rates we are achieving are 30% higher than the untreated paddocks, so we’re getting more high quality grass on a faster rotation,” he explains.

He suggests the best way to evaluate the gibberellins’ potential is to spray half or a whole paddock.

Mr Hinton has also noted that treated pastures recover more quickly after grazing, and “instantly send out a new tiller”.

Back in New Zealand, Mr Hinton says the extra grass growth has allowed him to provide the herd with the most economic feed available to minimise loss of condition scores between calving and mating.

“Early spring grass, when managed properly, has an energy content about 1MJ metabolisable energy (ME)/kg DM higher than later cuts or some bought in feeds. And the cows harvest it themselves, so it comes at a fraction of the cost,” Mr Hinton says.

It means pushing early growing grass with a plant hormone is a no-brainer, he adds.

Applications post-grazing are made two to five days after the cows have moved on so that there is sufficient leaf growth to take up the foliar spray.

Nitrogen must also be applied alongside the gibberellin to provide the nutrients needed for the rapid, extra green growth. He applies about 18kg liquid N/ha is provided at the time of applying gibberellins.

Paddocks are then left until the three-leaf stage, before grazing paddocks about three weeks later. Allowing this leaf regeneration results in a significant yield advantage, when compared with grazing more quickly at the two-leaf stage.

Trials have shown, the yield advantage to be 1.1t DM/ha/year at the three-leaf stage. Treated fields are then grazed with an entry cover of between 3,400kg to 3,750kg DM, at a stocking rate of three cows/ha.