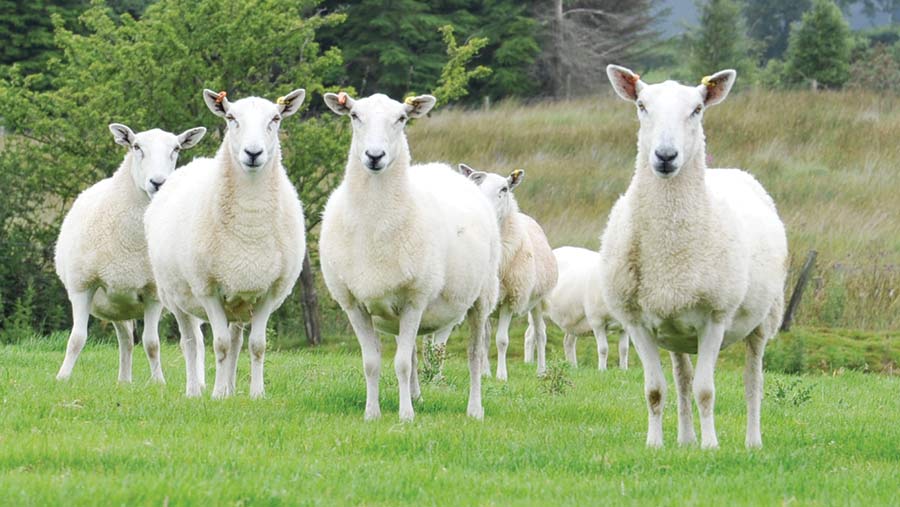 A livestock farmer who adopted a rotational grazing system to fatten lambs has finished 8% more to market specification and increased liveweight per lamb by an average of 1.5kg.

Rhun Williams, who, with his wife, Nerys, runs a mixed livestock system at Ochor Farm near Tregaron, sought to reduce his costs by making better use of grass for fattening lambs.

He set about establishing a rotational grazing system but, as this approach is uncommon in the region where he farms, he lacked confidence that the paddocks could produce sufficient quality grass to support his flock.

Farming Connect stepped in by establishing a Focus Site project at the farm to evaluate the pros and cons of rotational grazing to share with other farmers.

Grass was measured weekly between May and the end of November. During that period, paddocks grew 3tDM/hectare (ha) at an average of 24kg/day with a demand of around 22kgDM/ha/day.

The lambs, 620 in total, were rotationally grazed and 500 were finished at the end of November; the remainder were either housed or fed alternative feeds.

With rotational grazing it was possible to produce 3,500kg of liveweight from 12 ha – the equivalent of 292kg/ha.

The previous year the Williams sold 74% of their lambs at market-desirable specification, but rotational grazing increased this to 82%.

A reason for this is that they were more selective when drawing lambs because they had a better understanding of how much grass the paddocks would produce going forward.

“In years gone by there would always be occasions when you felt grass was a bit tight, and I would send off some marginal lambs just to reduce numbers and take the pressure off the ground,’’ says Mr Williams.

“With rotational grazing I haven’t had to make those decisions because I knew I had the grass available.”

Adopting this system, he says, has increased income from lamb sales and improved cash flow because it prolonged the income period. 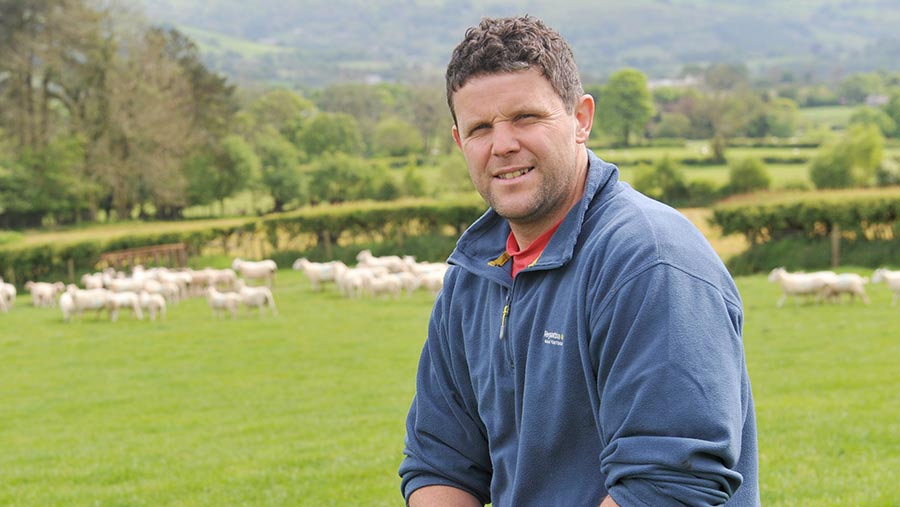 Mr Williams said that having an expert on board made him confident that he was making the right grazing decisions.

He previously used weather reports and the time of the year to gauge grass production, but he has now changed his mindset.

“The fact that we are measuring grass gives me the confidence to know that the grass will regrow,’’ he says.

“If we weigh the lambs and think we need an extra kilo on them or even two, the fact that we know that the grass will regrow in one more rotation allows us to turn the lambs out for an extra fortnight.”

Farming Connect red meat technical officer Menna Williams, who oversaw the project, says it had not only been valuable for the Williams but for other farmers in that region too.

An open day was held at Ochor in June when the results and technical know-how were shared with farmers.

“This project has shown that rotational grazing results in higher forage production and usage per hectare when compared to continuous stocking,’’ she says.

More about rotational grazing at Ochor

Two mobs of ewes – 90 in each group – and their lambs are each allocated eight paddocks to graze until weaning. The grazing period is dictated by paddock size but typically sheep are moved after between two and four days.

Post weaning, the lambs are given 12ha for finishing at a stocking rate of 21 lambs/ha.

After the first rotation and, as grass growth increases, paddocks are split, providing 24 paddocks ranging in size from 1.5 to 2 acres.

On 26 July, lambs are split into three groups according to weight, with the heaviest grazing the newest leys and the lightest the older leys.