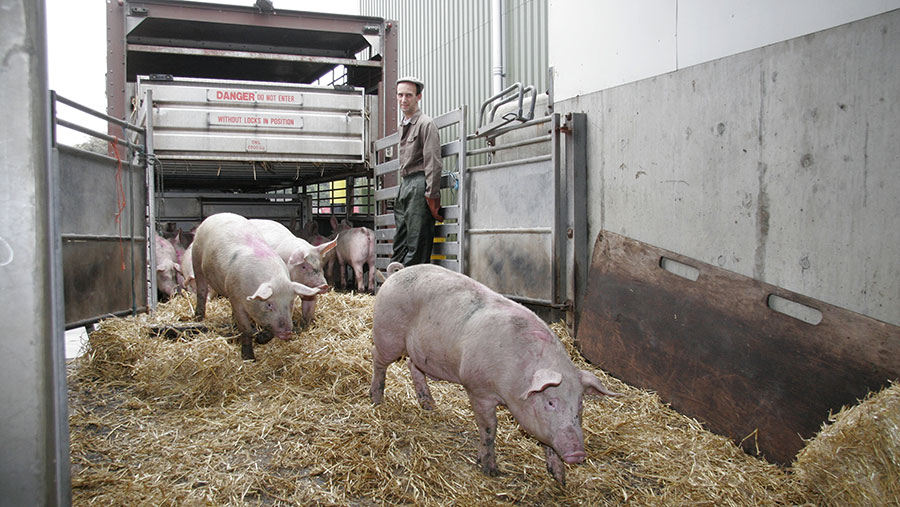 Defra secretary George Eustice has ruled out any government funding to build or refresh abattoirs in England.

During a national debate at the Oxford Farming Conference (OFC) on Thursday 6 January, host Christopher Price asked the minister if the government planned to take action to support England’s network of abattoirs.

Mr Price, who is chief executive of the Rare Breeds Survival Trust (RBST), noted that US president Joe Biden recently announced $1bn (£740m) of funding for independent meat and poultry producers to boost competition in the meat-processing industry and lower consumer prices.

The funding package from the US Department of Agriculture includes up to $375m (£277m) worth of grants for independent processing plant projects.

Mr Eustice said he occasionally gets representations from people saying the UK government should be supporting or spending money to build and re-establish new abattoirs.

He explained Defra officials had carried out a lot of analysis on this topic when they were considering some changes to livestock transport regulations.

There were challenges in other parts of the UK, Mr Eustice said, particularly in Scotland, but also in Wales, where farmers often have to transport livestock across the border to England.

But when they looked at the situation in England, the minister said they found there was a “fairly good, fairly even distribution” of abattoirs – notwithstanding the fact that there has been some consolidation in recent years.

“You always have to ask the question, ‘do we want to divert money away from our objectives on farm and support for farmers to invest in new equipment to pay for the building of abattoirs?’ said the minister.

“I think when you consider it in that light, most people would recognise that unless it is really considered essential, we should instead prioritise investments on farm and allow the market to determine investment in abattoirs.”

Welsh rural affairs minister Lesley Griffiths said she too did not have major concerns about the network of abattoirs in Wales. But of more concern was a lack of dairy processing facilities, she added.

Mrs Griffiths said the Welsh government was looking to provide support beyond the farm gate to the wider industry and supply chain, especially if this then provided support for sustainable land management, which ultimately benefits farmers.

NI farm minister Edwin Poots said the beef processing sector was “pretty efficient” in Northern Ireland, but there may be opportunities to improve pork and chicken processing facilities.

“We certainly do need to look at it. I wouldn’t rule out support, particularly where it’s leading to environmental benefits from the investment that’s made,” he added.

Research by the Sustainable Food Trust (SFT) has found there are now only about 60 small red meat abattoirs left in the UK, with one-third having closed in the past decade.

This means livestock have to be transported longer distances, and for some farmers in the South East, the closest abattoir is in France.

From 4pm on Friday 7 January, the SFT will host a session exploring the future of small abattoirs and butchery for farmers across the UK at the Oxford Real Farming Conference.