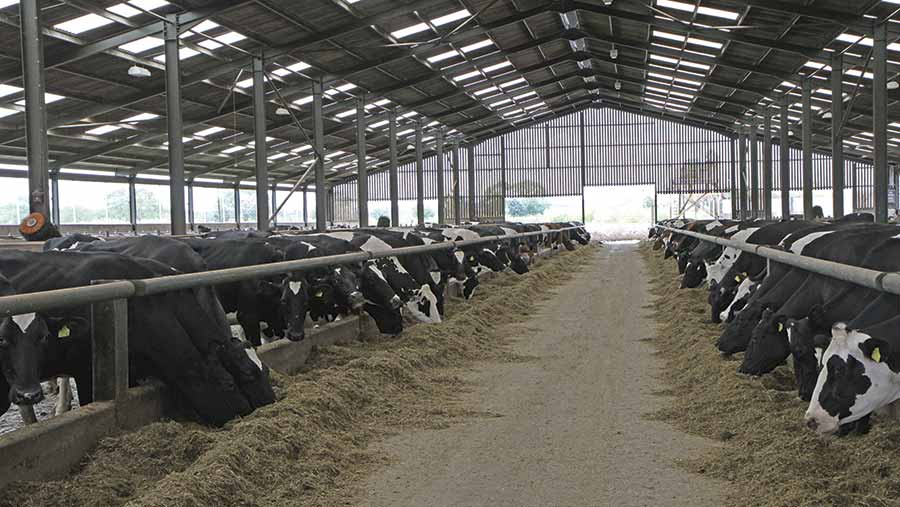 Encouraging farmers to take a proactive approach to herd health is the focus of the “Disease? Not on My Farm!” industry initiative launched by MSD Animal Health at Park Hill Farm, Shipston-On-Stour, Warwickshire, on 30 June.

Speaking at the event, MSD animal health senior livestock and veterinary adviser Paul Williams said too many farmers were taking a reactive approach and were “firefighting” diseases and this needed to change.

“They are waiting until they get sick animals and are using vaccines to make animals healthy.”

Instead, he said farmers should be more proactive and use vaccination to keep animals healthy.

He warned the landscape was changing and growing regulation governing antibiotics use meant it has never been more important for farmers use antibiotics in a “responsible way”.

Defra has committed to a reduction in antibiotics use in livestock to a multispecies average of 50mg/kg by 2018.

In order to meet this target, Mr Williams encouraged farmers to work more closely with their vets to develop robust health plans, adding vaccination should play a key role.

Addressing attendees at the event Rosie Booth, ruminant director at MSD Animal Health, said despite the economic significance of diseases being a factor farmers “couldn’t afford to ignore”, some still were.

Studies show bovine viral diarrhoea (BVD) alone can have huge consequences on the performance of beef animals (see graphs one and two), yet, figures from MSD Animal Health show in the UK BVD vaccination use has fallen from 27.8% in recent years to 26.3%.

A survey of 550 European farmers points to three main barriers to vaccination.

“There is a real need to address the common perception among farmers that vaccination suggests disease is present in a herd, when in actual fact it’s a case of proactive and preventative disease management,” added Ms Booth.

Putting it into practice

“We try and source from high-health herds,” explains Mr Long, who farms in partnership with his parents John and Rose.

Cows are quarantined on arrival, blood tested and get treated for fluke and worms. The whole herd is tested regularly for BVD, infectious bovine rhinotracheitis (IBR) and leptospirosis using a combination of blood sampling and bulk milk testing. They also carry out quarterly bulk milk samples to test for Johne’s.

Although no active infection has been found the Long family recognise the production and economics benefits of having health animals and continue to vaccinate the whole herd for BVD, IBR and leptospirosis, with calves tagged and tested for BVD.

A UK abattoir study of 645 beef animals found 48% had lung damage. The most severe caused a 202g reduction in weight gain per day from birth to slaughter.

The effect of sick animals on health ones

A UK abattoir study of 645 beef animals found 48% had lung damage. The most severe caused a 202g reduction in weight gain per day from birth to slaughter.

The effect of sick animals on health ones

The age at slaughter of healthy animals rose by 33 days if they were housed with sick animals, a study of 1,239 cattle across 71 French finishing units showed.

“We had a [pregnancy diagnosis] test and only about 65% tested positive,” admitted Mr Spencer, who runs 70 spring and autumn block Belgian Blue and Beef Shorthorn suckler cows at Mansell Farm, Newbold on Stour.

A further three abortions prior to calving over the summer prompted Mr Spencer to take some blood samples through his vet’s Beef Check scheme last November.

Results revealed two of the animals which had aborted had been exposed to leptospirosis. As a result, Mr Spencer vaccinated 25 cows that had calved and were due to be served again against the disease.

Although no BVD antigens were found, Mr Spencer also decided to vaccinate against BVD, because the herd was naïve and he was aware of the devastating effect it could have on herd fertility. Furthermore, the disease is quite widespread.

Since then Mr Spencer has joined the SAC’s premium health scheme. Cattle are blood tested annually for disease.

Tests are done to coincide with the herd’s annual TB test in February before the cattle are injected with tuberculin as this can affect the result. The herd is then vaccinated during reading.

Although he continues to monitor for IBR he isn’t vaccinating against it.

Mr Spencer’s vet, Sam Baldwyn from Hook Norton Vets, said when considering what diseases to vaccinate against costs do need to be considered.

“We try and take a gradual step-by-step approach. It looks like IBR has been active in the herd so it’s an ongoing decision going forward and we will probably have to vaccinate at some point.”

Since vaccinating and putting in place more rigorous hygiene and biosecurity protocols herd fertility has turned a corner.

Fertility has lifted back up to 88%. Three empty animals out of the 25 were late conceivers last time or problem animals anyway.

Mr Spencer sells heifers and steers through Morrison’s native breed scheme aged 20-22 months, but providing the herd goes clear of TB he can also see his business developing an outlet for cross-bred heifers and pedigree stock.

“Being in beef they have to have one calf a year to be profitable,” said Mr Spencer who added the business could not afford to carry empty animals.