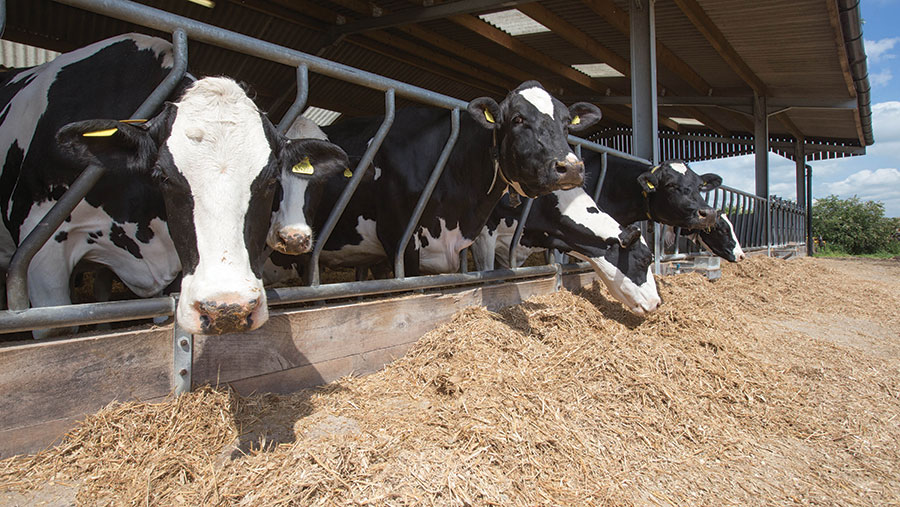 Mid-lactation milk fever is increasingly being noticed in high-yielding herds, causing vets and nutritionists to remind farmers of the importance of mineral balance and good dry matter (DM) intakes.

However, vet Will Goulden, of Summerleaze Vets, has treated a number of cases in mid-lactation – particularly in high-yielding or robotic milking farms.

Cows yielding more than 12,500 litres a year appear to be at most risk.

Mr Goulden references a 600-cow herd, averaging about 12,000-12,500 litres, that has about 10 cases of milk fever in mid-lactation. Another 220-cow, high-yielding robotic herd has had four this year.

Cows follow all the classic signs of milk fever, including looking subdued, having a low temperature, reduced rumination rates and struggling to get up. Blood tests show hypercalcemia.

“These cows don’t always get hypercalcemia when they calve in, but I think they’re borderline, and any stress they come under in mid-lactation pushes them into it,” says Mr Goulden. This could include heat stress or bullying due to overstocking, for example.

Mr Goulden believes cows in these high-yielding herds tend to be more on a knife edge and have less capacity to deal with things when they go wrong. He thinks clinical milk fever in mid-lactation could be “a bit of an iceberg”, with other cows that are borderline going unidentified.

As a result, it could be holding back performance on many high-yielding farms.

Cows that develop milk fever need to receive intravenous calcium and also ruminal calcium delivered by a bottle or stomach pump. Most will recover completely.

Mr Goulden thinks rationing in the dry period is key to avoiding these problems.

As a result, it is crucial to avoid feeding high-potassium forage. Chopping straw to avoid ration sorting and to maximise dry matter intakes is also advisable.

“Really and simply, it comes down to dry matter intakes,” says Mr Goulden. “If these high-yielders don’t get the intakes in the dry period, they tend to get issues later on.”

However, he is keen to emphasise that yield is not to blame. “I don’t believe yield is causing it. I have plenty of herds chucking out milk and having no problem,” he says.

He believes there is more likely something that predisposes individual cows to develop issues in mid-lactation – perhaps due to age or genetics. “It could be as simple as there are older girls in the herd and they may not be up to the demands of three-times-a-day milking or robots,” Mr Jefferson-Loveday says.

Could maize and young grasses be to blame?

FeedCo nutritionist Jeremy Hamilton knows of about four herds that have experienced issues with mid-lactation milk fever, while other nutritionists he has spoken to have also seen an increase. He thinks it’s linked to nutrition in lactation.

“A few years ago, we didn’t see it. It’s a relatively small number and it is dangerous to draw patterns – but it seems to be housed herds, feeding a high proportion of maize in the diet. They tend to be feeding young-cut grass silage. I think it’s particular to the diet in that way,” he says.

Maize is naturally low in calcium and magnesium, so high inclusion rates of more than 50% can reduce the background level of these minerals.

Mr Hamilton says because high-yielding cows simply have more demand for calcium for milk production, if they’re not getting adequate minerals from the diet, problems can occur. Young-cut grass silage can also include high potassium and soluble nitrogen, which can prevent magnesium absorption. 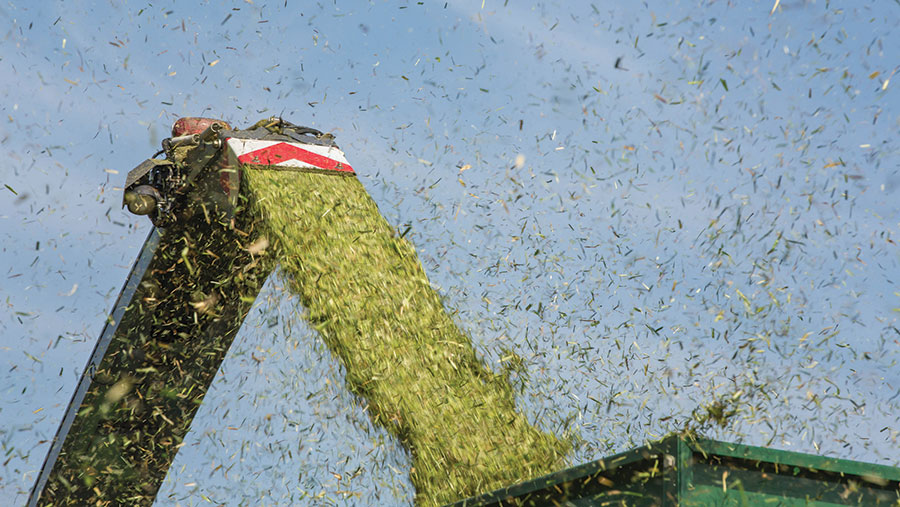 Ensuring diets are balanced for energy and protein is also a must. Doing everything possible to promote dry matter intakes – such as providing plenty of feed space – is also crucial, so cows receive what they are supposed to.

Mr Hamilton says providing insufficient calcium could also have other long-term detrimental effects, including weakening bones and increasing the likelihood of downer cows.