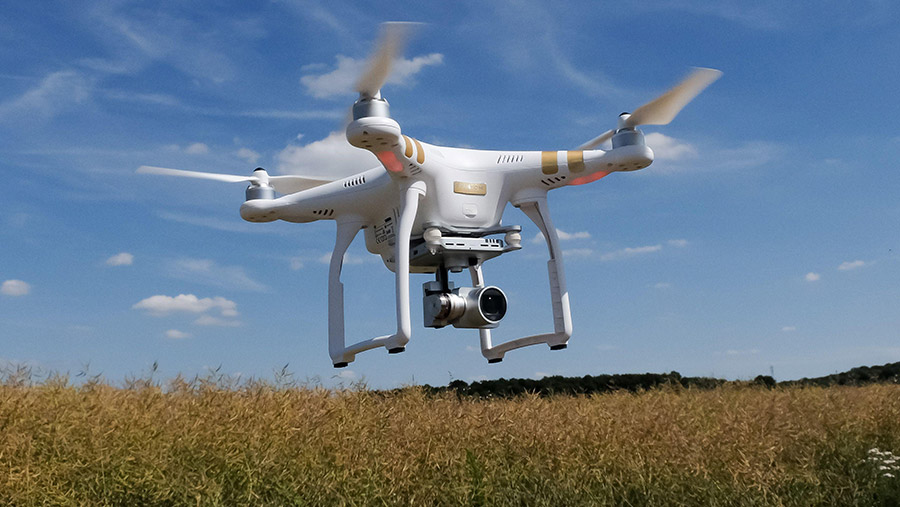 Farmers in Gloucestershire whose land is involved in Defra’s badger culls say activists are using the technology to monitor their activities.

Information received from the drones and cameras is then shared with people on the ground, who are then guided in to release the badgers.

On some occasions, farmers have returned to find traps intended for badgers either removed or vandalised.

Culling got under way in parts of Gloucestershire in early September and there are already reports of cages being destroyed on farms.

One farmer, who wished to remain anonymous, said: “The first trap was smashed two days in.

“We didn’t cotton on to what was going on until afterwards.

“Three people dressed all in black trying to disguise themselves passed by at about 6.30pm one evening.

“The following morning, I checked the trap at 7.20am and it was destroyed.”

He added: “Every farmer involved in the cull should know this is going on and stay vigilant.”

Another farmer has reported being followed around by drones in the evening in a field of maize and later finding three traps destroyed.

“Activists are using drones as an accessory to criminal damage,” said the farmer.

Farmers have threatened to shoot down the drones if they see them flying over their land.

But it is understood that marksmen have been given orders to hold fire.

A source told Farmers Weekly: “The idea involves an elderly couple of ladies walking on to the farm claiming they are lost, but really they are looking for badger traps.

“The farmers in Somerset now realise what they are up to and send them on their way.”

An NFU spokesperson said: “We recognise people’s right to protest legally, but this should not be allowed to interfere with the ability of people to carry out what are legal, licensed activities as part of a government policy.”