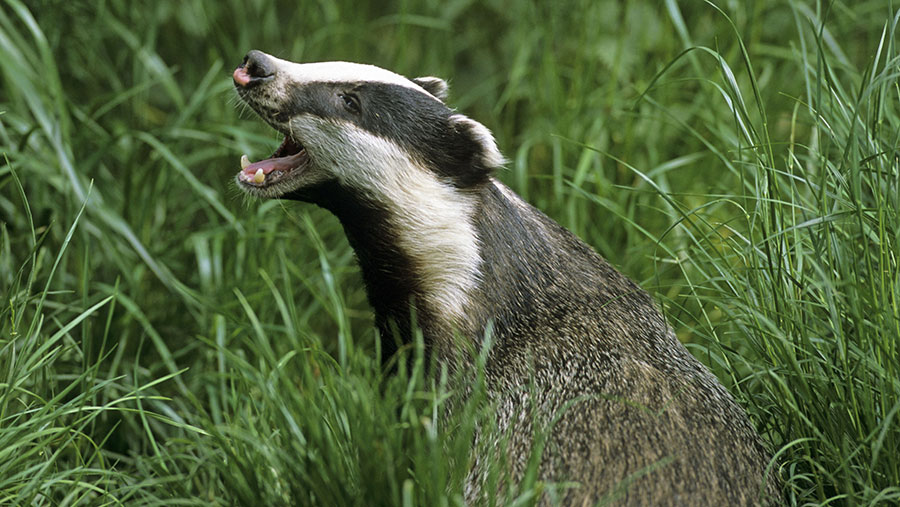 Badger culling, which aims to prevent the spread of bovine TB, has started across England for a sixth consecutive year, Farmers Weekly understands.

An industry source close to Defra said the badger cull had restarted on Monday, 10 September across many of the existing 21 zones.

The source told Farmers Weekly that Natural England was set to announce the approval of culling licences for 10 new zones.

These include Avon, Berkshire, Derbyshire, Oxfordshire, Hampshire, Shropshire, Staffordshire, Warwickshire as well as parts of Wiltshire and Devon, two counties where culling licences are already in place.

“Progress has been really good,” said the source. “We are getting to the stage where the boundaries are being covered and we are starting to get successful control of badger numbers.

Defra is expected to confirm later this week on its website that the government had granted new culling licences for 2018.

A Defra spokesperson said: “Bovine TB is a slow moving, insidious disease which presents many challenges.

“There is no single measure that will provide an easy answer and that is why we are pursuing a wide range of interventions from cattle testing and movement controls to improving farm biosecurity, and a cull of badgers where they are linked with herd breakdowns.”

The government says bovine TB is the “greatest animal health threat to the UK”. Dealing with this disease costs taxpayers more than £100m each year.

Over the last year alone more than 33,000 cattle had to be slaughtered in England, causing devastation and distress for farmers and rural communities.

Dominic Dyer, chief executive of the Badger Trust, said with 10 new licences in operation in 2018, more badgers could be killed in 2018 than the last five years combined.

Mr Dyer said large numbers of badger cubs and their mothers (sows) had died this summer as a result of heat exhaustion and being unable to get access to food – the  ground has been too hard to get earthworms or water.

More badgers had also died on the road as they have been forced to move out of their territories in search of food and water.

Mr Dyer said expanding the cull following the heatwave risked “pushing the badger on the verge of local extinction”, especially in Gloucestershire, Somerset, Devon and Cornwall where culling has been taking place over the longest period.

Meanwhile, animal rights activists have been posting pictures on social media of farmers allegedly involved in the cull alongside the words “badger killers”.

Mr Dyer said although the Badger Trust strongly opposes the culls, he could not condone any violence or intimidation of farmers. “We believe in peaceful protest. The Badger Trust has been very clear on this.”

The Animal and Plant Health Agency is set to publish a review of the results on the first four years of the badger cull later this autumn.

Population biologist and fellow of the Royal Society Sir Charles Godfray will soon publish the results of an independent review of the government’s 25-year strategy to eradicate bovine TB in England.