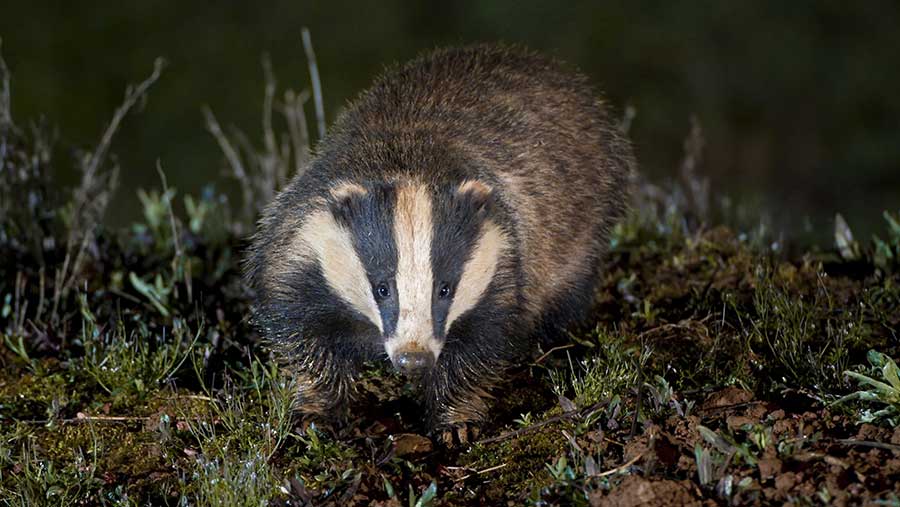 “If we don’t deal with both then we won’t eradicate the disease.”

Bovine TB was a complex disease. Better and more sensitive methods of testing cattle for the disease were needed, said Mr Gibbens.

This would reduce the likelihood of herds harbouring the bovine TB undetected, even after being tested, he suggested.

“We have talked a lot about badger vaccination – it is such a prize,” Mr Gibbens added.

“Nobody wants the long-term solution to be culling in perpetuity.”

Injectable or oral badger vaccines would allow badger populations to be maintained – but only if they worked and were affordable.

On badger culling, Mr Gibbens said: “We are where we are in England with regret, not because this is where we want to be.”

Culling was a strategy that worked but only at scale.

“It is not something in England that you can sensibly deploy in a bitty way.”

“The government is committed to this policy and is looking to grow the area where culling can be carried out effectively to have an impact on disease in cattle.

“So in the short to medium term, we can expect to see a continued roll-out of culling.”