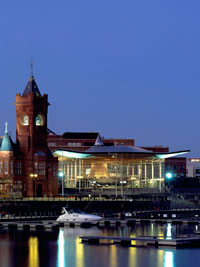 Badger culling is rapidly becoming an election issue as voters prepare to go to the polls in Wales.

With Welsh Assembly elections now less than two months away, animal welfare campaigners are forcing a planned badger cull to control bovine tuberculosis up the political agenda ahead of voting on 5 May.

“We are contacting candidates asking for their views on badger culling,” said Celia Thomas, who chairs the Pembrokeshire Against the Cull group. “We will post responses on our website and share the information with other groups.”

Ms Thomas said the group was asking its supporters and other animal welfare campaigners to vote for election candidates who favoured vaccination against bovine TB rather than a cull of badgers.

At last year’s Farmers Union of Wales conference, Wales’ Rural Affairs Minister Elin Jones said declared that she was willing to sacrifice her seat at the election rather than back down on her badger cull plan.

Rules enabling the Welsh Assembly Government to authorise a badger cull in designated areas are due to come into force on 31 March unless they are opposed. If that is the case, a debate and Senedd vote are likely.

Ms Jones, Welsh Assembly Member for Ceredigion, had said her determination to order the cull had resulted in a “politically motivated” campaign to unseat her at the elections. But opponents claim a cull goes against public opinion.

The Badger Trust, which was responsible for halting last year’s cull attempt, is still seeking legal advice on the latest plans. Chairman David Williams said he expected a decision to be made in the next fortnight.

The trust was continuing to study evidence relating to bovine TB. The latest figures, which show a decline in outbreaks of the disease in Wales, might have a bearing on possible legal action, Mr Williams suggested.

Even if it does get the go-ahead, any cull won’t begin until the end of the closed season. But there is some dispute as to when this might be.

“The Welsh Assembly Government seems to use the end of May as a benchmark for the end of the closed season but I believe that for Natural England it is the end of June,” said Mr Williams.