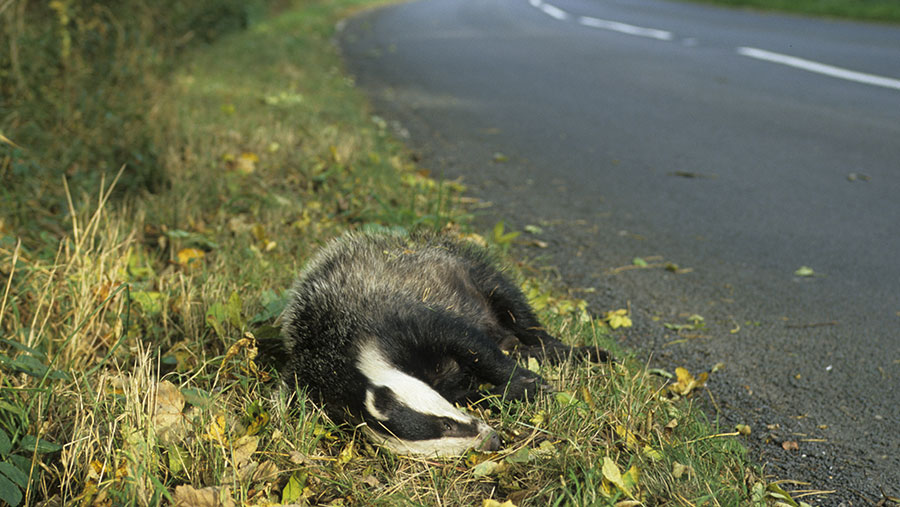 Farmers and landowners are being asked to participate in a survey to report dead badgers in parts of southern England as part of a government efforts to tackle bovine TB.

The Animal and Plant Health Agency (Apha), in collaboration with the University of Nottingham, is undertaking a research project to detect the presence and location of M bovis infection in badgers.

The area includes Buckinghamshire, Oxfordshire, Berkshire, Hampshire and East Sussex. And these counties are collectively known as the southern edge area.

Starting in April and ending in March 2022, the aim is to collect a significant number of fresh, found-dead badger carcasses, especially those killed on roads in these counties. They will then be examined and tested for TB.

Defra’s 25-year bovine TB eradication programme for England divides the country into three areas – high-risk, low-risk and the edge area, which lies between the other two.

The government says it is extremely valuable to build up an accurate picture of M bovis infection in badgers to inform future TB control policy.

Volunteers are required to help locate and collect badger carcasses, which will then be collected from their premises by a specialist courier and taken to the University of Nottingham for post-mortem examinations.

Collection kits containing everything needed by collectors will be sent out to volunteers. A contribution of £25 towards any personal expenses associated with the collection of badger carcasses for the study is available.

A survey of road-killed badgers in Cheshire in 2014 found 21% were infected with TB.