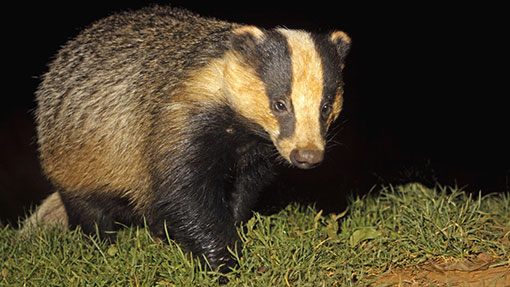 DEFRA says it cannot confirm claims by a wildlife charity that badgers killed in the pilot culls were shot in the wrong part of the body.

Wildlife charity Secret World claimed tests on badgers shot dead in the pilots backed up leaked reports that they were “ineffective and inhumane”.

Secret World claimed that trained marksmen killed the badgers during the culls, but their carcasses were not recovered. However, DEFRA said the charity has not provided it with enough evidence to support such claims.

The dead badgers were taken to the Secret World’s wildlife centre in Highbridge, Somerset, last autumn.

Read also: Roadkill badgers to be tested for bovine TB

In order to kill badgers humanely and efficiently, DEFRA guidelines stated that licensed marksmen must shoot badgers in the heart or lung area.

However, Dr Stidworthy concluded that one badger, known as “badger 200”, had been shot in mid-dorsal thorax vertebral column, with “no damage to the heart”.

He concluded: “A severe muscular, vertebral and spinal cord injury has resulted, which is considered incompatible with survival.

“However, the injury is considered unlikely to have resulted in immediate loss of consciousness and death.”

His tests showed that the badger had not been shot within the DEFRA proposed target area for free shooting of badgers, said a spokeswoman for Secret World.

“We have had no evidence presented to us about these two badgers to suggest that they were shot as part of the pilot culls.”
DEFRA spokesman

She added that Dr Stidworthy’s findings were “consistent with the leaked Independent Expert Panel (IEP) report that more than 5% of badgers culled took longer than five minutes to die”, therefore failing the criteria for humaneness.

A second badger examined by Dr Stidworthy, known as “badger 102”, was shot in the right area of the body, the heart, albeit at an angle.

Referring to the likely speed of death, he concluded he “would expect death following such an injury to be inevitable and immediate”.

Secret World said it had not previously published its findings out of respect for the independent expert panel, which is due to publish its official report on the pilot culls shortly.

However, the charity said the postmortem reports were immediately made available to the IEP for inclusion in their considerations as to the humaneness of the free shooting badgers.

Wendy Higgins, spokeswoman for Humane Society International UK, said: “Both badgers in this case underwent catastrophic physical injury, one killed quickly but nonetheless incorrectly and against best practice, and the other likely to have suffered for some time.”

A DEFRA spokesman said: “We have had no evidence presented to us about these two badgers to suggest that they were shot as part of the pilot culls.

“The IEP report will assess the safety, humaneness and effectiveness of controlled shooting. The panel has not submitted its report to ministers and the report has not been published.”