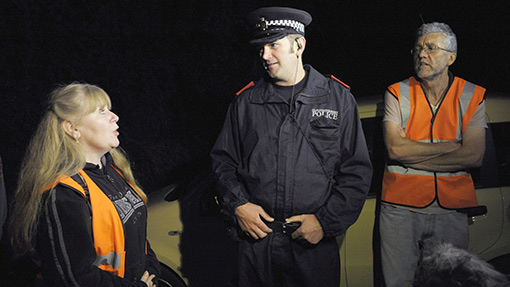 Senior officers from Gloucestershire Police will explain their handling of last year’s pilot badger cull in a live meeting to be broadcast on the internet.

Gloucestershire’s police and crime commissioner Martin Surl will question chief constable Suzette Davenport and other senior officers, who had key roles in Operation Themis, the codename given to the strategy for policing the cull.

The meeting is being held in the public chamber at Stroud District Council from 6pm on Monday 12 May.

Although the meeting will not be open directly to the public, it will be streamed live online, via this weblink.

“Now that the dust has settled and the police are preparing for the next phase of the cull, I think the time is right to raise some of the issues arising from last year’s cull,” said Mr.Surl.

“Having spoken to all sides – before, during and after the event – it is clear they believe the police have questions to answer.

“My own view is that very few people – pro-cull lobbyists, campaigners, activists and sympathisers on either side of the argument – rarely understood the role of the police and we also need to get to the bottom of that before phase two of the cull begins later in the year.

“One of the important aspects of my job is to hold the police to account. My aim is to be as open and transparent as possible and this is the best way of achieving that.”