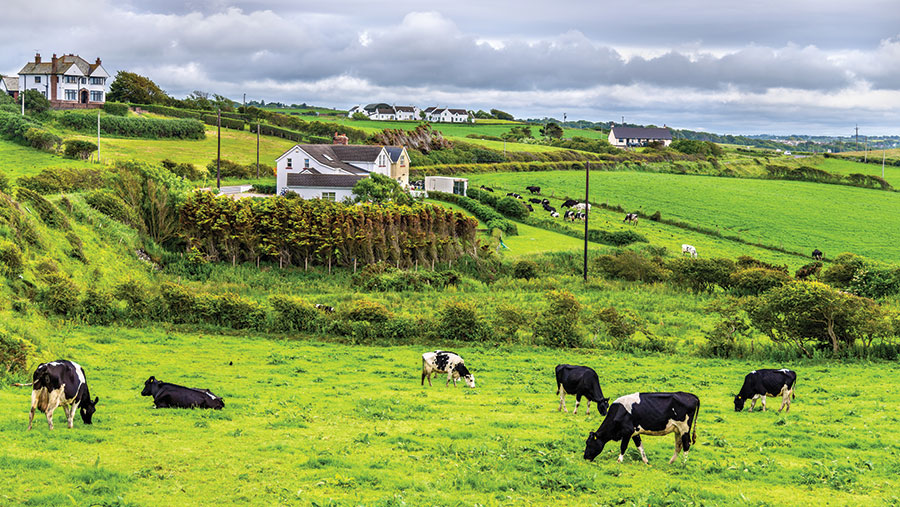 The head of the Ulster Farmers’ Union (UFU) has urged all farmers to respond to the NI government’s consultation on its future strategy to eradicate bovine TB in cattle herds, which closes this week.

“This is a once-in-a-generation chance to get something done about this problem on livestock farms in Northern Ireland,” UFU president Victor Chestnutt told Farmers Weekly.

“We’re asking all farmers to take the time to answer the questions and the consultation. Can you put in your personal experiences? What we’re saying is that this situation simply can’t go on.

“Bovine TB is the single most talked about subject on our livestock farms, certainly pre-Covid when the shoes were going.”

The union has been hosting county webinars for members to ask questions on the proposals contained in the Department of Agriculture, Environment and Rural Affairs (Daera) consultation.

The final webinar aimed at farmers in Antrim, Down and Londonderry will be held on Wednesday 8 September. Advance registration is essential and the event is only open to UFU members. Visit the website Ulster Farmers’ Union website to register.

For instance, the strategy is proposing a reduction in the compensation paid to farmers who lose cows to bovine TB.

Commenting on the plans, Mr Chestnutt said: “We are totally opposed to any reductions in valuation payments.

“We have TB in 8% plus of our herds and to hit stock valuations would be akin to kicking a farmer when he is down.”

Last year, 12,852 TB-infected cattle were removed from farms in Northern Ireland, equivalent to 0.8% of cattle and 8-9% of herds, according to official government figures.

Mr Chestnutt said that agreeing to the £5,000 an animal cap on compensation rates for lost stock would diminish the breeding pool.

“It really discourages people at the pedigree end to invest in superior genetics.

“We are told they plan to bring in a genetic scheme and spend so many millions on it. Why on earth would you dent this confidence?”

Daera is also proposing to almost double the use of gamma interferon (blood) testing over the next three years.

But Mr Chestnutt said gamma testing can result in a lot of false positives, and this policy, along with any cuts in valuation payments, could be very detrimental to farmers.

The UFU supports Daera’s proposal for wildlife intervention via a non-selective cull of free-roaming badgers, supported by cage trapping.

Mr Chestnutt is concerned that the government wants farmers to fund the costs of culling badgers.

“We think with the department’s inaction over a number of years, they need to probably shoulder a fair proportion of it in the first few years and then we’ll probably move to take over,” he suggested.

“But we do understand there will be pain and the farming community are agreeable to raise a levy to help out with the cost of that.”

The DUP minister visited father and son John and Jonathan Carson at farm in Downpatrick, which has suffered over the past number of years with TB infection in their herd.

Mr Poots heard how the disease has had a serious effect on their family business and they discussed the proposed new bovine Tuberculosis Eradication Strategy for Northern Ireland, which is currently out for consultation.

The minister saw more animals removed on the day of his visit due to TB. Mr Poots urged farmers, stakeholders and the general public to take part in the consultation, which closes at 5pm on 10 September 2021.