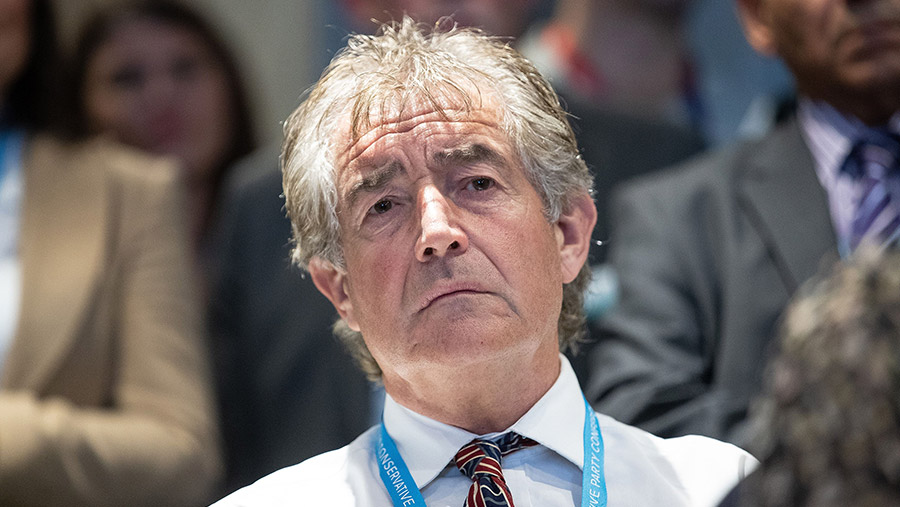 Mr Juniper – a veteran environmental campaigner and former Green Party candidate – is poised to be the next chairman of the Defra executive agency.

MPs questioned him about his views on a number of subjects related to farming and the environment during an Environment, Food and Rural Affairs (Efra) committee hearing on Wednesday (27 February).

Efra chairman Neil Parish, who is also Conservative MP for Tiverton and Honiton, asked Mr Juniper for his opinions on badger culling, which is a key component of the government’s 25-year TB eradication strategy for England.

Mr Parish said Mr Juniper had aired “very strong views” on the badger cull on Twitter in 2014. He described the pilot culls as an “inhumane and expensive waste of time” and criticised former Defra secretary Owen Paterson, who gave the policy his approval.

“What is your view because Natural England, whatever their controversies, do actually licence the badger cull?” asked Mr Parish, adding: “Can I have your assurance on record that you are not going to interfere with what is government policy?”

Mr Juniper replied: “For my entire career, I think I have proved that I can work with pretty much anyone so long as we have a constructive working relationship. Hopefully, I would be able to work with anybody.”

On the badger cull, Mr Juniper said government policy will be shaped by a whole range of different opinions, and he hoped that Natural England would look at conservation science to help explain to ministers the most effective way of controlling bovine TB.

“Do you accept that this [badger culling] is one of the tools in controlling bovine TB?” asked Mr Parish.

“It is one of the tools that is being used at the moment,” replied Mr Juniper. “My view has been as a result of the engagement as president of the Wildlife Trusts and work that we have done there is that vaccination would be more effective.”

If he were to be given the job as chairman of Natural England, Mr Juniper said he would look at the science around culling again and “hope to be convinced” that it is “rational and based upon the best evidence available”.

But Mr Juniper said the organisation would take a “considered and science-based view given that badgers are a protected species and it is Natural England’s duty “to conserve protected species”.

Badger activists in court to challenge effect of culling on wildlife

Animal rights activists are back in court seeking to overturn the badger cull in England over claims of “collateral damage” it causes to other wildlife.

The legal challenge, by an alliance of groups and individuals called the “Badger Crowd”, is being heard at the High Court in London on 28 February and 1 March.

In a statement, the Badger Crowd said: “Natural England has failed in its duty to adequately consider the potential impacts of removing badgers from the landscape on the precise sites and species that it has a statutory duty towards and was set up to conserve.

“Of particular concern are the effects of culling operations such as driving vehicles, firing rifles and shotguns and the digging in and daily inspection of cage traps, upon sites of specific scientific interest [SSSIs].”

Disturbance from badger culling activity can harm sensitive wildlife, such as rare birds, mammals, reptiles and insects that the UK has a responsibility to conserve, says the group.

MPs also questioned Mr Juniper about his views on rewilding the countryside.

“Yes, it is an exciting and useful tool,” he said. “But we would not want to just do it willy-nilly, or just to do it in large areas without thinking.

“We would want to blend it into the landscape as one approach alongside many other.”

Government ministers will consider the committee’s views before deciding whether to proceed with Mr Juniper’s appointment.

Badger vaccination could be carried out more intensively in areas after four-year culling programmes have finished, according to a Defra review of its current bovine TB eradication strategy.

Currently, badger culling is being carried out in 32 areas, chiefly in the west of England.

The review suggests that after four years of culling, the government should consider a programme in which badgers are vaccinated with the BCG vaccine in half the areas.

In the other half, intensive culling would resume after a two-year pause.

“The outcomes should be monitored and adaptively managed, so should it become clear that vaccination is providing comparable benefits to culling then all areas should adopt it,” says the report, published on gov.uk on 28 February.

“Moving from lethal to non-lethal control of badgers is highly desirable,” it adds.

However, if vaccination fails to provide protection, the opposite would happen and culling would resume.

The decision whether or not to cull “must be informed by evidence” and the current view of this government is that the presence of badgers “does pose a threat to local cattle herds”.

However, the report says the politicisation of the debate around badger culling has deflected the focus from what could be done by individual farmers and the livestock industry to help control the disease, the report says.

“In particular, the poor take-up of on-farm biosecurity measures and the extent of trading in often high-risk cattle is, we believe, severely hampering disease control measures,” it adds.