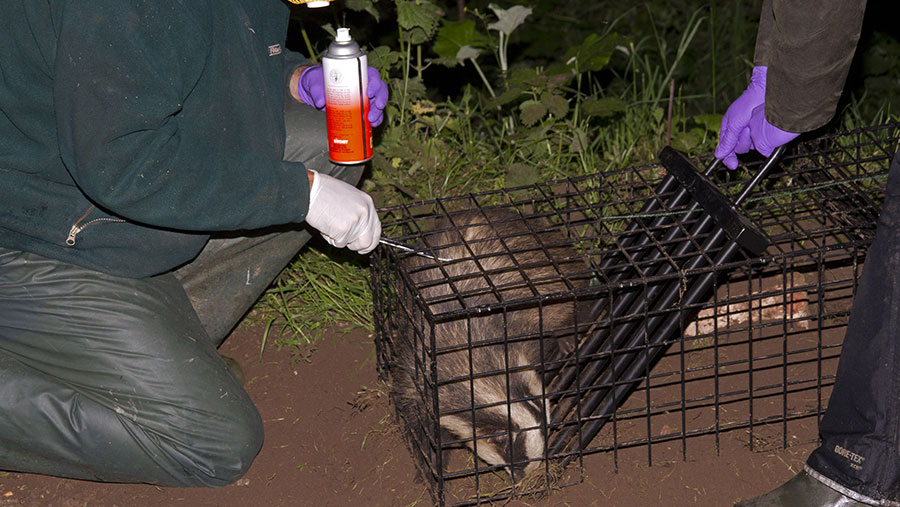 Defra is planning to introduce “no-cull zones” around vaccination sites in the Edge Area in England, as it attempts to implement both badger vaccination and culling, without one impinging on the other.

In a consultation launched on Friday (15 May), Defra says it aims to reduce the risk of culling vaccinated badgers which might otherwise wander into culling areas.

The planned new policy is in step with the government’s recent response to the Godfray review of TB control, in which it said it wanted to gradually transition away from widespread culling and move to a wider deployment of vaccination.

The issue of cull zones and vaccination sites was also influential in Defra’s last-minute decision to block the culling of badgers in Derbyshire last year.

“The co-existence of vaccination and culling needs to be carefully managed to facilitate deployment of both control methods in a complementary manner,” says the consultation document.

How would it operate?

According to the Defra consultation, only vaccination sites licensed at the end of the previous season will be considered for no-cull zones.

Such zones would have a maximum width of 2km and a minimum width of 200m, while ensuring that the overall area of the no-cull zone is roughly equal to the size of the vaccination area concerned.

“Preventing culling in this zone should reduce the ‘drawing out’ effect of badgers from vaccinated land,” says the consultation.

At the end of each vaccination season, the numbers of badgers vaccinated in each site with a no-cull zone would be reviewed.

“Only sites where a sufficient number of badgers continue to be vaccinated will continue to have no-cull zones,” it adds.

This is currently set at 2.7 badgers vaccinated per sq km, while, for sites smaller than 2.25sq km, at least six badgers will have to have been vaccinated in the previous year.

A possible alternative to a no-cull zone is a “cage trapping-only” zone, in which badgers could be identified and released if they have been vaccinated, and shot if they have not.

“If the Animal and Plant Health Agency evaluation identifies a successful method, this option could be introduced in 2021,” says Defra.

Defra continues to stress that, in areas where bovine TB is established in badgers, culling is the preferred method for TB control to achieve its 2038 target for eradication.

“The disease spreading from badgers to cattle is an important cause of herd breakdowns in high-incidence areas,” it says.

“A report by Downs et al, published in October 2019, showed intensive culls are reducing the incidence of bTB in cattle.”

But Defra is also committed to increased vaccination of badgers, pointing to laboratory studies which have found the practice can reduce the severity of disease, though 70% coverage of the badger population is required to cut cattle incidence.

It has therefore introduced a Badger Edge Vaccination Scheme (BEVS2) to reduce disease prevalence in the Edge Area.

But it is wary of increased badger movement from cull zones, which could disrupt the vaccination programme, and is therefore proposing the new cull zones.

To take part in the consultation, stakeholders are invited to read the full consultation document (PDF) and then complete an online survey before the 26 June closing date.