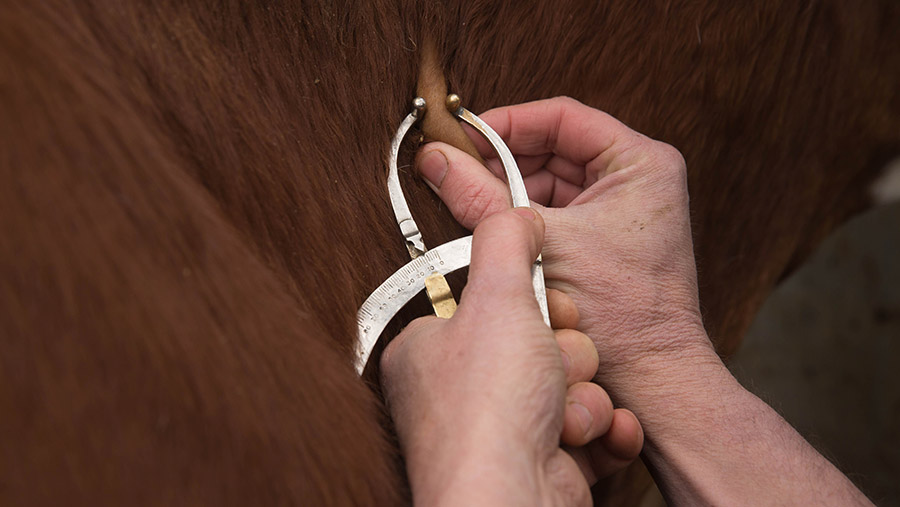 Cattle farmers in north-east Wales have been told to expect a big increase in the frequency of testing following a 75% spike in bovine TB outbreaks.

The Welsh government announced on Monday (15 October) measures to ramp up TB testing of herds in the Intermediate TB Area North (ITBAN).

The area, which includes Wrexham, is home to 950 cattle herds and is adjacent to Cheshire on the English border, where routine six-monthly TB testing has proved useful in finding the disease earlier.

In response to the spike, from 13 November there will be an extension in the use of additional contiguous testing around Officially TB Free Withdrawn (OTFW) breakdown herds in the ITBAN.

This additional testing in herds with increased risk of becoming infected will result in a doubling of the effort to identify the disease in the area, adding a further two contiguous tests at six-month intervals into the regime.

The Welsh government says it is unclear why so many herds are testing positive for TB in this area.

But it says farmers making unwise decisions, buying in cattle from high-risk TB areas and, as a result, bringing TB into intermediate and lower risk areas is “very likely” contributing to the spike.

It remains “open-minded” about the possibility that badgers could be playing a part in the transmission of TB. But of 13 dead badgers collected from the ITBAN this year as part of its “Badger Found Dead survey”, none tested positive for TB.

The Welsh government says the recurrence rate of TB herd breakdowns is also a major concern – across Wales about one in three herds that has had a TB breakdown goes down again. Therefore, additional interferon gamma (blood) testing may be introduced on some farms due to the unreliability of the skin test.

But the Farmers’ Union of Wales (FUW) warned that the regionalised approach to bovine TB control in Wales is not performing and has not yielded any results, which suggest that the strategy is having a significant impact on the level of the disease in Wales.

FUW policy senior policy officer Hazel Wright said: “In the 12 months from July 2017 to June 2018 there were 731 new herd incidents in Wales and this was a 1.7% increase on the previous 12 months.

“While there will continue to be regional variation in these results, this latest announcement represents yet another raft of testing and the FUW is frustrated that increases in cattle testing show no sign of abatement.

“Despite being unclear on all the reasons for the spike in TB outbreaks, the default go-to position for Welsh government appears to be one of blaming cattle movements and ramping up the testing regime to levels which drastically impede farm businesses.”

Cattle farmers in the ITBAN will be offered government-subsidised farm visits by vets for herds that have tested negative to contiguous testing.

The visits will be made available under the Welsh government’s Cymorth Bovine TB (Keep Out Bovine TB) programme.

They will be delivered via the farmer’s own local practice through specially trained vets who will look at the local disease picture, biosecurity and the farm’s cattle trading policy, and will give advice on purchasing cattle with a view to keeping infection out.

Additional training for vets and farmers will be offered at an event in Wrexham on 13 November. Farmers will be urged to follow biosecurity advice and, in particular, make informed cattle purchasing decisions to keep infection off their farms.

This will include advice on looking at the risk data of cattle, the source of cattle and the health status of the herds they are buying from.

Are you a cattle farmer who has had a TB herd breakdown in north-east Wales? What do you think about the Welsh government decision to increase testing? Call the newsdesk on 020 8652 4905.