Bonanza calf nutrition is number 1 for transition milk and Once-a-day milk replacers.They are also the only company to produce concentrated calf milk and lamb milk made with ewe’s milk.

Feeding calves appropriate nutrition at the correct time and avoiding abrupt changes to their diets will have a positive influence on their lifetime productivity.

Dr Amanda Dunn, of Bonanza Calf Nutrition, says how farmers manage calf nutrition is one of the most important aspects of rearing systems.

“Calf rearing is not easy and many rearers are often advised to feed  the wrong nutrition and at the wrong time and to making abrupt changes in the diet early in the calf’s life and at weaning,’’ she suggests.

Calf rearers advised to introduce correct feeds for calf’s stage of growth and to do it gradually.

Dr Dunn says there is growing evidence that colostrum and transition milk provide far more nutritional benefits or nutraceuticals to calves than previously understood; these are essential for developing the calf’s digestive system and microflora which are key to future health.

Unlike antibody absorption, the provision of these natural nutraceuticals, such as milk oligosaccharides, fatty acids and other prebiotics, is an on-going process.

Continued feeding of transition milk for several weeks helps prevent leakages of pathogens through the gut mucosa and improves the calf’s ability to digest the nutrients in milk or calf milk replacer (CMR).

“More farmers now realise that going straight from one or two feeds of colostrum to milk or milk replacer is not ideal for calf health in the first two to three weeks of life,’’ says Dr Dunn. 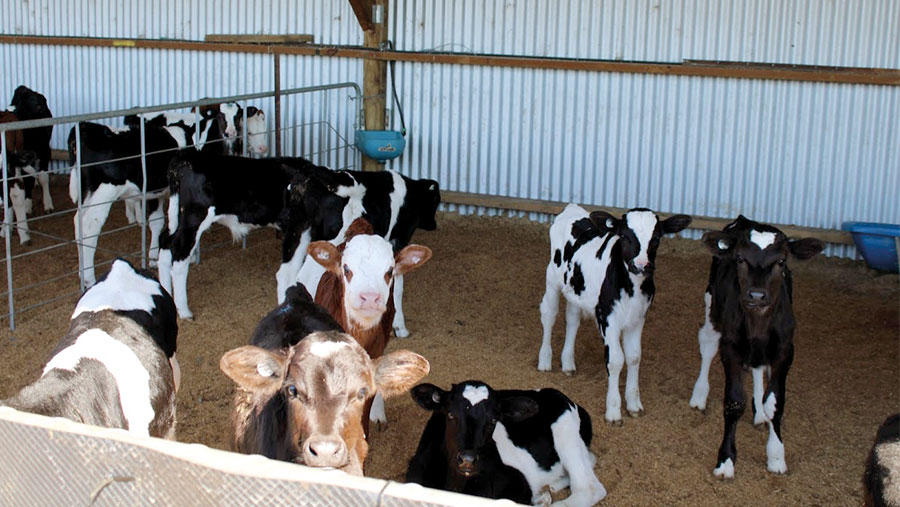 Increasing milk solids or crude protein or fat after the transition period might seem sensible but Dr Dunn says that what calves need are high levels of milk protein.

“Skim milk powder or low heat buttermilk are the benchmarks here,’’ she explains.

After the transition period, it is important not to overfeed calves as this will delay development of the digestive system by four to six weeks, Dr Dunn warns.

“Ideally 700-800g a day of milk solids when using a skim-based calf milk is ample for Holstein calves in the first four weeks of life.’’

When a calf’s feed changes so do gut microflora and this can increase susceptibility to disease, gut inflammation and result in poorer post-weaning growth rates; it is a reason why some calves get coccidiosis after weaning.

It also predisposes calves to pneumonia as the gut inflammation spreads to the lungs.

“We often think of weaning as the stage when calf rearing gets easier, but for the calf it can be as traumatic as the first week of life,’’ says Dr Dunn.

Reducing milk intakes to once a day should therefore start at four weeks before weaning, not a week as is the case in most feed recommendations.

But milk powder allocation should only be reduced in the last week or 10 days and this should be done gradually, Dr Dunn recommends. 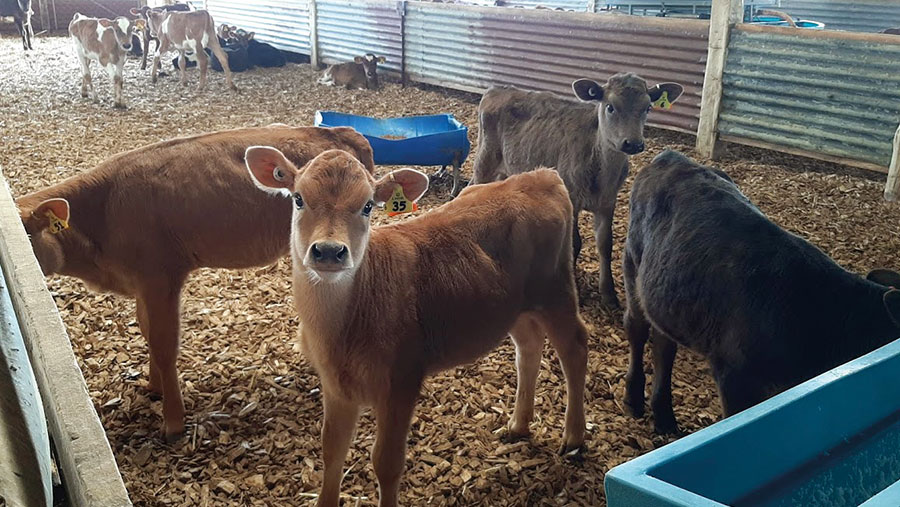 When dairy farmers were subject to milk quotas, calves were often fed six litres of milk in a single feed.

Recent work from the Norwegian Veterinary institute, using radiograph imaging, has shown that calves can consume over six litres of milk in 1 feed, and the more they consume the slower the milk moves from the abomasum through to the rest of the digestive system.

Gradual weaning will ensure that at least two-thirds to three-quarters of nutrient intake comes from dry feed when calves are weaned; also, the microflora in the gut will remain settled and the immune system will be better able to regulate gut and lung health.

Post-weaning, farmers should plan for each of the next stages in the calf’s life, whether it’s rehousing, moving or turnout to grass as some of these will also involve diet changes with the same negative impact on the calf immune system.

“We only have to think of suckled calves weaned at 8-10 months of age and the level of health problems they can exhibit when re- grouped, housed or transported to another location,’’ says Dr Dunn.

She warns against forcing calves to achieve growth rates not appropriate to the breed, genetics or farm set-up.

This, she says, is a recipe for continued cost and problems and is therefore counterproductive.

“That’s why it is about putting calf health and development first,’’ says Dr Dunn. “If calves are happy and healthy, the rest will follow.’’

Gradual weaning when calves are eating 1.5-2kg for dry feed for at least a week. Calves fed high levels of milk replacer will need to eat this level of dry feed for two to three weeks to reduce likelihood of weaning checks.