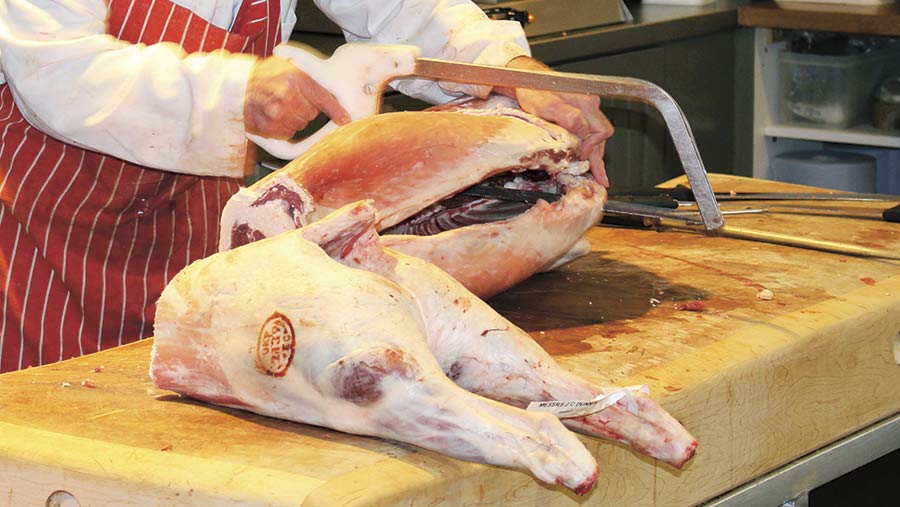 Having a structured approach to the finishing and marketing of mutton could help sheep farmers add value to their businesses.

Although mutton production is unlikely to be mainstream, it is an opportunity to create another market from a sheep enterprise, which is important in light of the political uncertainty surrounding Brexit.

John Dunning, founder of the Westmorland Family of businesses, including Tebay and Gloucester services, who is also a hill beef and sheep farmer at High Chapel Farm, Tebay, Cumbria, said being innovative will be key to survival.

“We are going to hit a hurricane and those in the hills who are reliant on payments will be hit. That means you’ve got to be in a position to bring new and innovative products all the time. We are now challenged to find solutions.”

At the moment, they are sourcing Herdwick wether shearlings from a local farmer, but have recently purchased 100 Herdwick lambs, which will be ready in September for sale in the butchery at the services, when they are 18-20 months old.

Although this is slightly younger than the two years as defined by the Mutton Renaissance campaign, head of butchery at the Westmorland Family Group, David Morland, reckons the quality of meat is better from slightly younger males.

“We want consistent quality and we believe we can get that from wether shearlings. We don’t want females as we don’t want to take away from the breeding stock and the meat is also less fatty from males. They are also easier to finish.”

What type of breed for mutton?

Mr Morland said they chose the Herdwick as they wanted a hill breed that can survive the terrain at High Chapel, which is 1,000ft above sea level. It is also native to the Lakeland fells.

Hill breeds are at an advantage when producing mutton, due to the natural environment in which they are reared, explained farm consultant Rhidian Jones of RJ Livestock Systems.

“Hill breeds are cheaper to keep for longer periods on rough grazing, they graze on heather and other grasses, which adds to the flavour and the poor forage will ensure slow growth without excess fat,” he said. 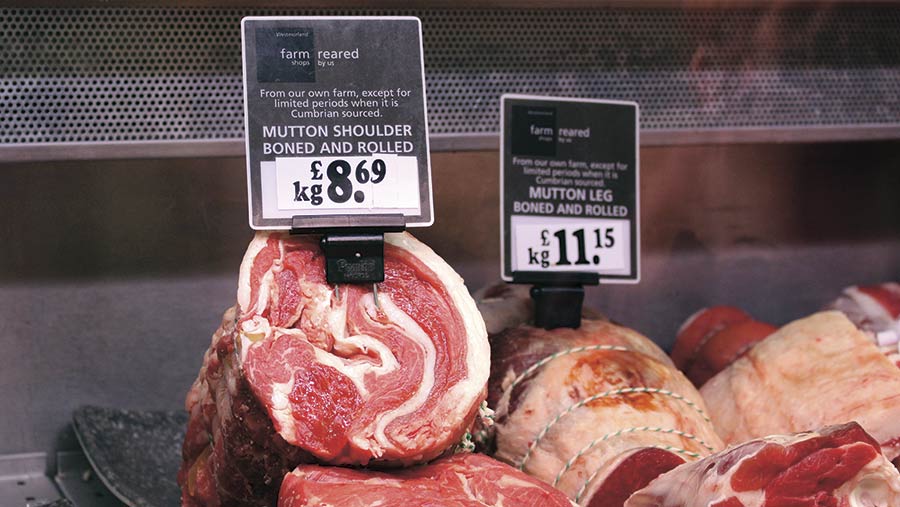 Stephen Airey, who runs a family farm, butchery and farm shop at Grange-over-Sands, Cumbria, said when rearing mutton, they need to be fattened for the job, but that good meat can be got from older ewes.

“You need to have lean carcasses to start with and then fatten for the job – they need that new meat. It’s false to sell something that’s just a fat animal, as the meat will be poor.”

He added: “They need to be finished on a diet of hay and grass and possibly a few concentrates. However, you need to be careful with concentrates as you don’t want to taint the meat,” he warned

Mr Airey said for older animals they need to be hung for two weeks before eating, but less hanging time is needed for young animals.

That mirrors practices at Westmorland Family group, which hangs the wether shearling for a week, in order to retain the freshness.

Having a market for your mutton

Speakers at the event stressed the importance of having a market for the meat.

Mr Jones said having breed/region-specific initiatives to market the produce, such as Herdwicks in the Lake District and heather-fed or saltmarsh mutton, would help.

He also said farmers with a farm shop or with access to one should look at producing mutton as well as if they had experience with restaurant trade, or had experience in retailing farm produce.

“We do take some over two years, but most of what we sell is hoggets.

“They are finished off grass and not pushed.

“Having that end market is vital though. They come to us because the meat is quality, and because it’s ethical and traceable,” he said.

Another event goer said by having an end market he could double his money by selling his barren gimmers as mutton.

Farm consultant Rhidian Jones believes modern sheep systems can lend themselves to producing small, but increasing numbers of sheep bred for and sold as mutton. He identified four options:

Retains some wethers each year.

They can be extensively managed for most of the year, providing a breed is used that is suitable for the environment.

They can also help keep land in a well-managed condition and could also be used to control the number of ticks on shooting estates.

More farmers are moving to later lambing at grass to save feed costs and labour. As a result lamb marketing has also moved later.

This means farms could look at producing more hoggets and could also be suitable for retaining wethers.

Culling hard for poor management traits, means it is most likely to be younger sheep that are being culled that have had issues such as prolapse, lameness, poor maternal characteristics, lack of milk, poor lamb growth rate

Removing these animals and rearing for mutton will also help make progress in these important traits.

This is easier if breeding own replacements, as you can keep more replacements than you need and sell the barren ones.

There is no reason for gimmers to be barren so cull as it will improve flock performance over time.

This may be difficult to start where the flock is barely self-replacing due to low lambing percentages.

However, since they are almost two years old at scanning, unbred, in good condition they will have a high meat yield.

Identify the barren ewes with tags/EID and sell over the next year.

However, farmers must not be and tempted to keep them.