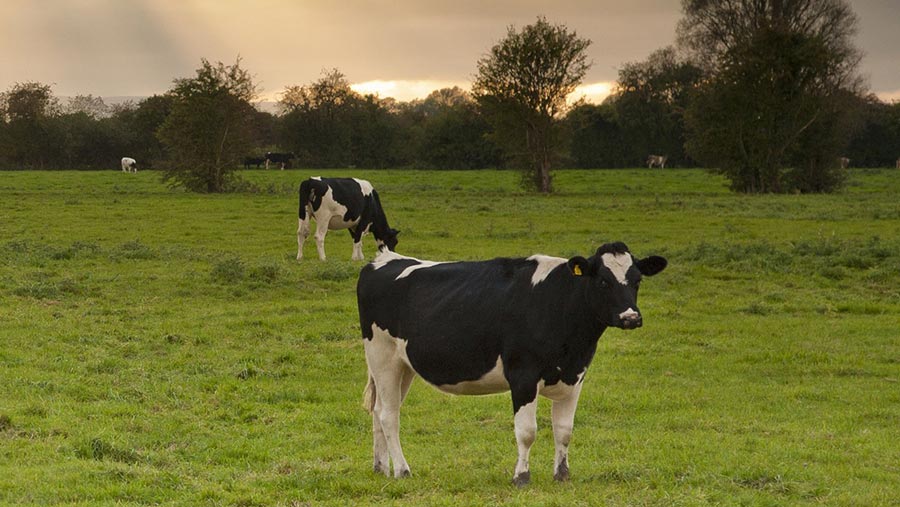 Replacement heifers are commonly run as one group, according to age and size, but within that group there may be some animals not achieving the required daily liveweight gain (DLWG) in order to meet target weights at service.

If those animals continue to run with the main group, it is highly likely they won’t hit the optimum target weight at calving, says Moana Puha, Pasture to Profit Consultant at the Livestock Improvement Corporation.

Instead, she says picking out animals that are struggling at an early stage gives farmers time to intervene to ensure target weight gains are achieved at key times.

See also: Why textbook heifer growth rates may not be good enough

At grass, heifers might be underperforming because of a worm burden, a grazing disease such as coccidiosis, the ineffectiveness of a treatment or poor grazing management.

“By grouping and analysing weight gains you can pick up on the problem at the earliest opportunity,” Ms Puha advises.

“Heifers might look fine, but without weighing them you can’t be certain that they are.”

For a New Zealand Friesian heifer to be served at 300kg at 15-months and, assuming a birthweight of 40kg, that animal needs to gain 260kg in 450 days.

However, Holsteins will require more than this, with their target bulling weight needing to be closer to 420kg, so their DLWG target would need to be nearer 0.9kg/day.

Some animals will grow quicker than others and by separating those that are not gaining weight it removes the competition for the underperformers, says Ms Puha.

“Those heifers might not be aggressive grazers or foragers and if that is the case there will be more chance of them getting feed in a small group,” says Ms Puha.

She advises weighing heifers monthly in their first year – to allow action to be taken if an animal is not growing.

The most important period of a cow’s life is her first year and that is when farmers need to be on the ball with weight gain.

“That is the time of life when a heifer is building bone and meat and getting frame, it really does compromise things in the second year if she doesn’t get that frame because she is not able to cope with calving or recover afterwards,” says Ms Puha.

She suggests many farmers struggle to get animals to 90% of their adult weight at calving, but it should be achievable.

“There is a significant positive impact on production if farmers can get their heifers to achieve target live weights. A lot of farmers don’t believe it is possible, but it is.”

Feed conversion efficiency is at its best in the first five to six months of life so if a weight gain of more than 0.6kg/day is to be maintained, it should be done at this point in time when it is cheaper to achieve.

The goal is to achieve target weight at insemination so once this has been achieved the heifers can run as one group, says Ms Puha.

‘It pays to put the work in during the first year’ 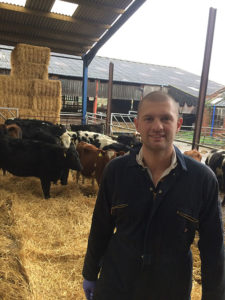 At Fourth Milestone Farm, near York, a random selection of calves are weighed as soon as they are born – about 15 – to get a rough idea of their weight.

“It is a busy time of the year so we don’t weigh them all but it’s a starting point,” says Mark Cash, who farms in partnership with his wife, Gemma, and James and Nicola Waterhouse.

There are 74 R2 heifers – those in their second year – and 100 R1s as replacements for the 360-cow mixed herd of spring-calving pedigree Ayrshires and Friesian-Jersey cross-breds.

All calves are bagged with 2.5 litres of colostrum immediately after birth and receive another 2.5 litres within maximum of 10 hours, after which they receive cow’s milk.

They are weighed at eight-to-10 weeks as a benchmark for weaning.

Calves are weaned on weight – at 100kg – rather than age. “We have taken on board research coming out of Ireland that shows the bigger the calves at weaning, the greater the growth benefits further down the line,” says Mr Cash.

“Calves have a much better feed conversion efficiency when they are feeding on wholemilk; they put down more weight.”

Any calves not achieving the expected DLWG at weaning are either sold or separated from the main group.

In the summer, this involves a leader/follower system at grass. “We run this group in front of the main group, to give them the first bite. We never push them,” says Mr Cash.

“At housing, we will put the under performers into different housing accommodation and feed them some concentrate on top of their silage.”

Last year there was a group of five managed separately and this year, because there is more available space and the business is rearing more heifers, the separated group numbers 30.

Calves are weighed five times in the first year and twice in the second.

“We calve at the same time every year, in February and March, so we weigh them on the same dates each year to compare year-on-year weights,” says Mr Cash.

Mr Cash says no dairy farmer can afford to ignore the performance of their replacements.

“If they are not performing at six to 12 months it is a massive problem. We have tracked these further down the line and they mostly exit the herd after just one lactation.”

Heifers are served at more than 300kg and all must calve at two years old.

This year, heifers achieved their best-ever fertility results, with just one not in-calf compared to an already low three last year.

“It pays to put the work in during the first year. If we can get the first year right, in the second year we can feed them on poorer-quality grass if needed. The first 12 months are the more important,” says Mr Cash.