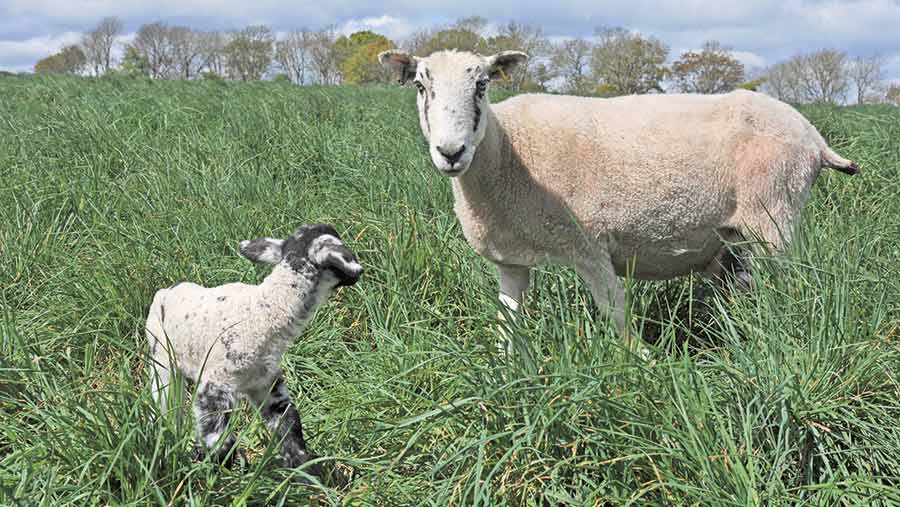 Last May, the Co-op switched to selling 100% fresh British lamb and bacon year round.

The move made it the first national retailer to sell 100% fresh British meat. Lamb is commonly considered to be a seasonal product, but the Co-op is proving it is possible to produce lamb year round in the UK.

Ciara Gorst, Co-op’s head of agriculture, says: “It’s something that has been made possible through extremely close liaison with farmers in our lamb farming groups who have collectively taken advantage of the UK’s varying topography and climate to use a variety of native breeds that produce lambs at different times of the year – so, earlier and later than the traditional springtime period.”

Tim May, who runs Pitt Hall Farm, Tadley, Hampshire, is one of those 32 farmers. 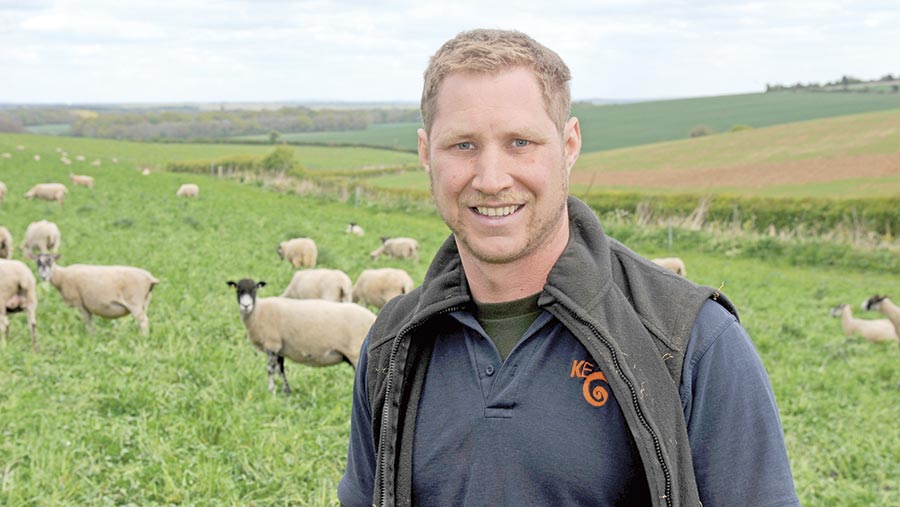 Having just scanned the ewes a couple of weeks ago, Mr May and his contract shepherd, James England, are still a good month away from lambing kicking off down in Hampshire.

Lambing at Pitt Hall Farm starts about two months later than many flocks in the south-east of England, targeting the new-year prices and allowing him to supply the Co-op in the first few months of the year.

While many would wince at the idea of potentially lambing in temperatures nearing 30C like early summer saw last year, Mr May actually knows no different, having bought the May-lambing flock from a nearby farmer five years ago to reintroduce sheep to the family farm.

The farm is half grassland – on which the sheep are run alongside the 160-head dairy herd established this year – and half arable. Mr May is currently going through organic conversion, with the dairy already being run as an organic herd, but the sheep and arable are not yet fully organic.

“The sheep are basically a tool for me to get the arable working at its best, to convert sunlight into money, so it’s about how do we make the grass work in its own right,” says Mr May.

The goal is to wean 1.4-1.5 lambs an ewe in the fully outdoor, grass-based system from the 1,400 mainly North Country Mule ewes – although more wool-shedding breeds are being introduced.

The introduction of Easy Care and Exlana wool-shedders should work well with the system, reducing the amount of shearing required before lambing and hopefully reducing any issue of fly-strike in the warmer months.

Maggots would be one of the main challenges of converting to an organic system, as the spray treatment currently used to prevent fly-strike would be prohibited by organic rules.

“I’m after a sheep that fits my system, not a system that fits my sheep,” says Mr May, who operates a culling policy that sees all ewes checked at weaning and pre-tupping and culled if they: 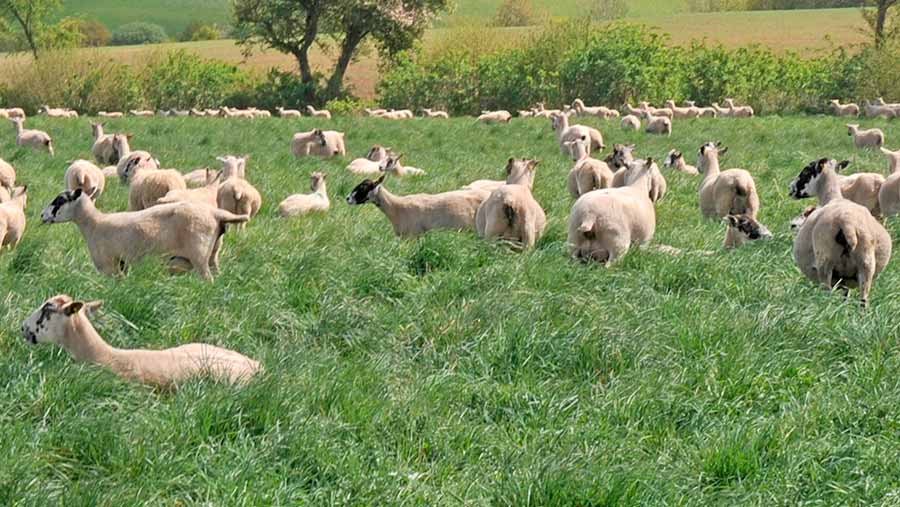 Ewes and lambs see no housing or concentrates at any point in the full pasture-fed system.

Ewes are put to the ram in December and lamb outdoors in May. The flock is mob grazed as one mob and moves every two to three days depending on grass availability. Forage may be fed when grass is short.

Lambs are weaned in September, giving ewes time to get decent grass in late summer before tupping.

Lambs move to new leys in mid-October and are finished on turnips grown on the arable land before spring crops. Store lambs are also bought in and put on the turnips to either be finished or sold as shearlings the following summer.

“One of the advantages of putting the tups in later is that we can buy smaller ewe lambs in the autumn, get them up to size and then get a lamb from them before selling them as shearlings in August/September or finishing them if they’re not in lamb,” says Mr May.

“The whole system is very flexible and opportunistic. We’re not a closed flock and probably never will be,” he adds.

“The system is low in exposure to risk and low in labour. I think minimising our exposure is so important with Brexit and the volatility at the moment.”

Mr May used to sell lambs through auction markets and sheep fairs, but began supplying the Co-op last year.

Now, aiming for a deadweight of 21.5-22kg, drawing lambs begins in December, with all selection done by a Dunbia fieldsman on farm.

Mr May receives the open market price plus a bonus as a Gold standard Co-op farmer (see “Retailer contracts and commitments”) if the carcass meets specification.

The carcass specification and pricing is based on Dunbia’s British new-season lamb grid for 2017. The majority of the last draw from Pitt Hall Farm were grading at R3L to R3H.

Mr May says he is a soil person first, not a sheep person, although having seen how well the grass is working with the sheep and now dairy, he is considering putting more of the farm over to it.

He runs the 1,00ha farm as eight blocks of 120ha, with each block spending four years in arable cropping and four years in herbal leys. The livestock move with the grass.

The herbal leys work as soil fertility builders for the arable side, with a 17-way mix being planted containing ryegrass, clover, chicory and fescue.

“The block moving from grass to arable is the land that will be used for winter grazing, so that if we are damaging anything, we’re not hitting the grazing platform,” explains Mr May.