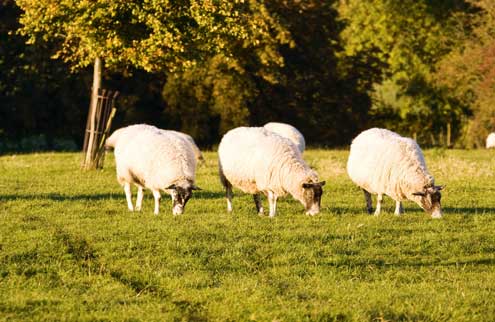 With this wet summer, it is worth investigating whether there is a significant fluke burden in your livestock, even if you are in a traditionally fluke-free area.

Fluke infection on a dairy farm is a particular challenge as there are few products with an established milk withhold and it is difficult to justify treating a significant portion of the herd at once. If bulk milk tests indicate a significant level of infection, we usually recommend drenching all cows with triclabendazole at drying off.

Sheep are a major concern at this time of year as often the only sign of acute fluke infection is sudden death. Large numbers of immature flukes migrating through the liver tissue cause massive damage and bleeding. This year the recommendation is to treat sheep in the next few weeks with triclabendazole and to consider giving another dose before Christmas if the level of challenge is high on your farm.

June rainfall is often a good indicator to the likely occurrence of fluke in the autumn. With average rainfall in almost all regions higher than normal, this season is seeing a high fluke risk. Treatment for fluke is relatively easy in beef cattle and sheep, but there are very few flukicides legally available for use in dairy cows and heifers destined for milk production and most of these products are only active against adult fluke. It takes 10-12 weeks from ingestion of the eggs to maturation of the flukes. Therefore, it would require at least two doses with a long enough interval to be effective in killing all flukes (adults and larvae). A possible protocol would be to give the first dose at drying-off and a second dose eight weeks later, with a product containing albendazole. This has the benefit of short milk withdrawal in case cows calve down early.

Lambert Leonard and May, Cheshire

I may have only been practicing for a couple of months, but one of the biggest talking points around here is the maize – or more precisely, the lack of it, both in the field and the clamps. We’re already noticing a rise in conditions stemming from sub-optimal nutrition, especially displaced abomasums. Whether this is a taste of things to come this winter remains to be seen, but with the price of alternative/replacement forages already climbing, it’s a problem to address sooner rather than later. Since maize provides a large proportion of the starch in cow diets, there’s a large energy gap left to fill.

Finally, this year has been a belter for lungworm – all the more reason to ensure worming protocols are in place and monitored. Here in Cheshire we tend to see lungworm in first/second calvers, so listen out for any coughing while you’re milking.

The wet weather this summer has played havoc with lameness and mastitis on many farms. Hopefully some better weather before housing should give producers an opportunity to get on top of these problems.

Using regular mobility scoring will allow you to pinpoint the less obviously lame cows for treatment. Regular foot-bathing despite the drier weather should also be prioritised to suppress underlying foul and digital dermatitis infections. Similarly quick action on cows with grumbling high somatic cell counts will prevent chronic cases this winter. While writing this on farm during a lull in TB testing, I am being plagued by flies. Continued use of fly repellent products will be essential this autumn, with close attention being paid to in-calf heifers and dry cows. It’s been a long summer, but here’s hoping next year will be more predictable.

XLVets is a group of farm animal-committed vet practices that work together, alongside commercial research and manufacturing companies. They aim to share best practice on advice and disease-prevention initiatives.