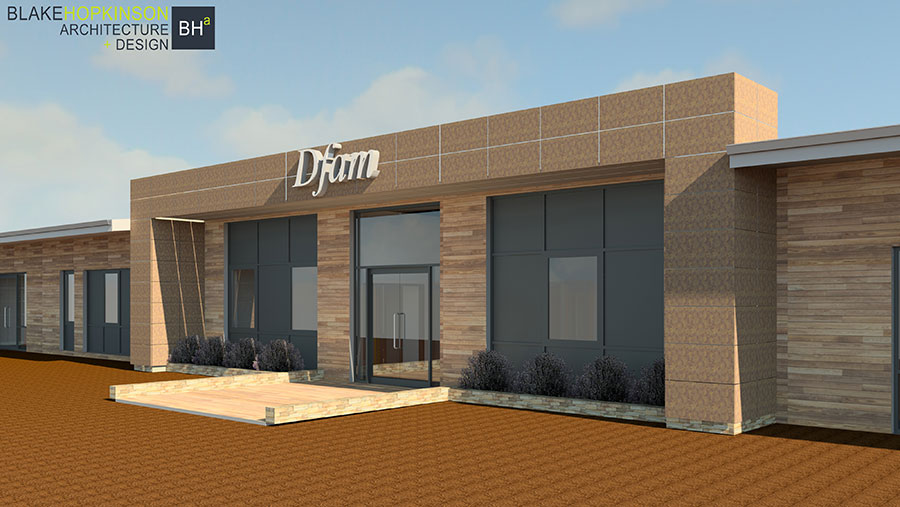 One of the country’s leading prime livestock markets has completed a multi-million pound land deal to fund a new state-of-the art agriculture and business centre.

This comes after a four-year long negotiation was finally completed yesterday (29 August) on the sale of DFAM farmland on the southern edge of the town for a housing development.

The announcement ends more than 50 years of waiting to leave the current town centre site at Clifton Road.

The new Humbleton Farm site at Burtree Gate has been owned by DFAM for over eight years and is a mile out of town on the A68 and adjacent to the A1(M) off junction 58.

A new state-of-the-art Agricultural Auction Centre will occupy a 10ha plot, with plans for other commercial developments and extensive parking earmarked for the remaining 70ha.

Up to 14 internal letting units are planned, as well as meeting rooms and a conference suite.

Design talks with Tyneside-based architect Blake Hopkinson are in “stages of completion”, according to director and senior auctioneer Andrew Armstrong, who told Farmers Weekly that DFAM should be trading at the new site in autumn 2019 if all goes as currently planned.

“We are at the stage where the design is 99% finished, contractual elements of the project are currently being completed and we are looking to start construction this autumn,” said Mr Armstrong. “We have had interest from third-party businesses and we can now advance talks with potential clients as we have the finance raised to fund the new site.”

“We have been advised that a 40-week build period could see the site up and running in 16 to 18 months,” he added.

DFAM auctioneers target a 15-20% increase in throughputs in the short term once the site is active due to improved access and parking.

Mr Armstrong said store sheep and cattle throughputs on Monday sales could lift 50% “with a fair wind and over time” in facilities that will be capable of handling more than 1,000 store cattle and a total of 3,000 head on any one day.

He added: “For years we have known there have been farmers not using us because of parking and access issues. Vendors in Weardale, Teesdale and from further afield have a journey time of roughly 30-40 minutes at least to get to the edge of town and sometimes the same again to get through the traffic and reach us at Clifton Road.

“The new Agriculture Sales Centre will eliminate all of that, being located on a dual carriageway off the A68 and A1M.”