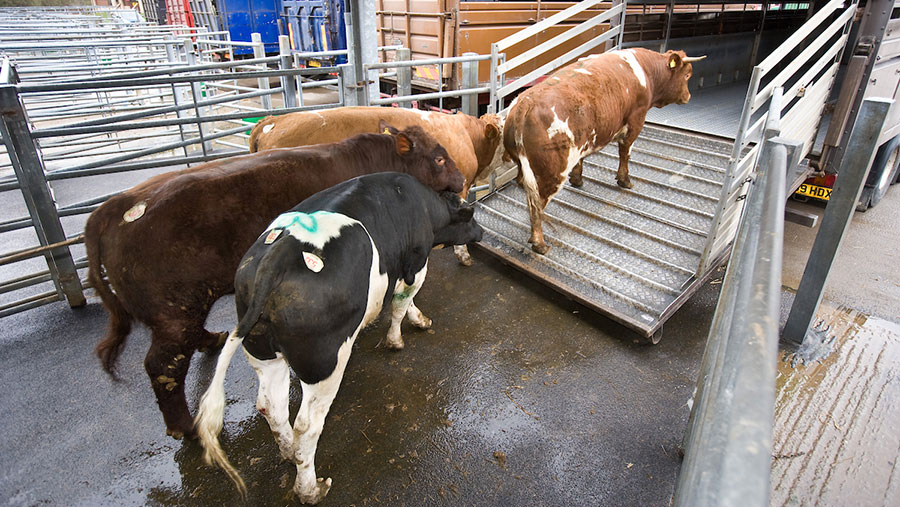 Live animal exports for slaughter are to be banned, journey times in England and Wales shortened and stricter rules on temperature and headroom in lorries introduced, a joint statement from Defra and the Welsh government has confirmed.

The announcement follows a 12-week consultation which closed in January, attracting more than 11,000 responses – of which over 7,400 came from the RSPCA.

No specific date has been given for the implementation of these rules changes, though the joint statement makes clear that the ban on live exports of animals intended for slaughter or further fattening is already going through parliament as part of the Animal Welfare (Kept Animals) Bill.

It also suggests that some of the new conditions to be imposed – for example, on potential exemptions to journey time limits and headroom allowances – will only be finalised following further discussions with stakeholders.

“Once agreed, a package of reforms will be implemented through secondary legislation or guidance, as appropriate,” said the government in its response to the consultation.

On live exports, the statement confirms that cattle, sheep, goats and pigs will be banned from being shipped from England, Wales and Scotland for slaughter or fattening.

The original intention was that “fattening” should mean an animal that is slaughtered within six months of arrival, but this has now been dropped.

Defra has dismissed farmer claims that journeys to abattoirs in northern France and Belgium might actually be shorter than those within the UK, pointing out that the nearest continental abattoir is still 18 hours away, compared with less than eight hours for most UK journeys.

RSPCA chief executive Chris Sherwood said: “We are absolutely thrilled that the live export of animals is finally coming to an end after campaigning on this issue for more than 50 years.

“This is a victory for every single person who has signed a petition, demonstrated at the docks or written to their MPs.”

Poultry will be exempt from this ban, as will animals intended for breeding or showing.

On journey times, the statement says the government is committed to tighten up existing legislation.

It plans to introduce a 21-hour maximum journey time for cattle and sheep, 18 hours for pigs, nine hours for calves and four hours for broiler chickens.

But there are still areas to be worked on – for example, making provision for farmers in outlying areas, such as the Scottish islands, and an exemption for breeding pigs, subject to certain criteria.

Another issue is how to count time spent in marts and collection centres. Defra says it intends to “work with stakeholders to explore the issues in more detail”.

There will also be further discussions about required rest periods, initially planned at 48 hours for pigs and sheep and seven days for cattle. The seven-day idea has been dropped.

What are the proposed changes to journey times?

One of the most controversial parts of the consultation was the government’s plan to allow more headroom for animals in transport, and to ban movement if outside temperatures were too hot or too cold.

Despite strong industry opposition, the joint statement makes clear the governments intend to impose new limits if outside temperatures exceed 30C for cattle, sheep and pigs, or 25C for poultry, but the lower limit of 5C for livestock will be reduced to zero.

This will not apply to thermoregulated vehicles or journeys of less than 65km (40 miles).

The government still plans to impose a 10cm minimum headroom rule for pigs and 20cm for all other animals.

Industry bodies give their reaction

NFU deputy president Stuart Roberts said he was pleased Defra had made some changes to its original proposals, such as removing restrictions applying to sea transport in force 6 winds and removing lower temperature restrictions on livestock transport for short journeys.

“However, we’re disappointed that other elements are not more meaningfully welfare-focused,” he said.

“For example, we are frustrated that our proposal for a live export assurance scheme has been overlooked, which would have ensured UK rules on transport and processing would have followed animals to other countries.”

Phil Stocker, chief executive of the National Sheep Association, said his organisation was “pleased to have received the invitation to collaborate on developing these proposals”. “The association always welcomes any opportunity to work with Defra on the subject.”