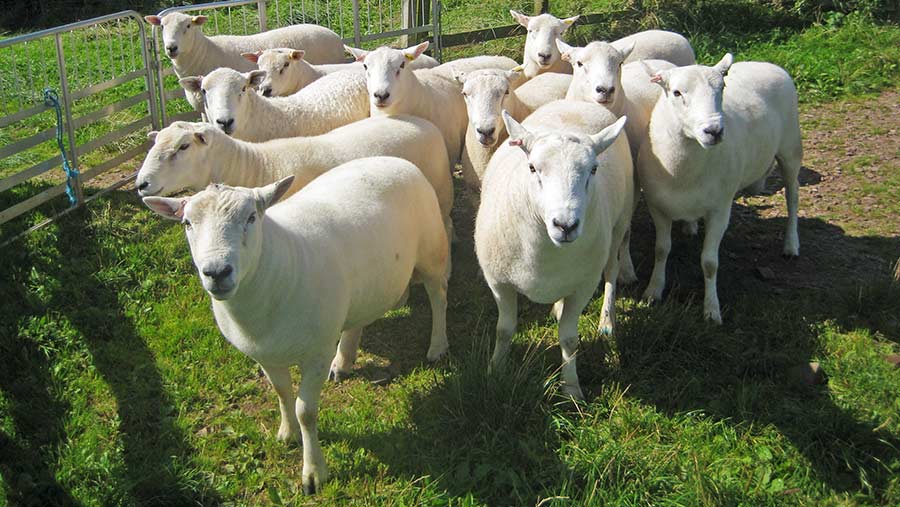 A group of progressive sheep breeders from across the UK have established a Maternal Sheep Group (MSG).

The farmers are selecting for maternal ability alongside carcass traits to supply commercial flocks with breeding females. Their aim is to breed replacements that are simple to manage and produce lambs that achieve market specifications.

Ten farms in Scotland, Northern Ireland and England with more than 5,000 performance-recorded Easycare, Blackface and Lleynewes have combined to sell sheep that perform well on low-input systems.

Farmers in the MSG select ewes and rams for easier management traits, including ease of lambing, shedding and foot health, alongside a focus on estimated breeding values (EBVs).

We spoke to one farmer involved in the group to find out how it’s benefiting his business, and another sheep farmer who buys from the group.

Why select for maternal EBVs?

Work done by the Scottish Sheep Strategy showed that daughters from a ram with high maternal EBVs will produce an extra £11 a ewe/year compared to those from a low index ram by having more lambs that were heavier at weaning.

“This ensures the breeding females are great mothers and lambs hit market specifications.

“The sheep are naturally reared; they haven’t been pushed on concentrates for shows or sales, so they are able to cope in a grazing situation,” she explains.

The farms within the group cover a large geographical area and terrain, from coastal fringes to hill land.

“It should be possible to match a customer’s farm, system and breeding objectives with one of the members,” Dr Genever advises.

The farmers sell a combined total of about 100 rams and more than 1,000 breeding females direct from their farms every year.

Performance recording has helped Barry and Elizabeth Sangster to accelerate genetic progress and output in their Easycare flock. 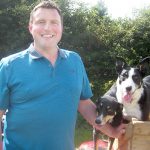 The couple have been recording with Signet for 10 years and joined the MSG to pool resources and share ideas with like-minded breeders.

By recording both maternal and terminal traits, they say they are getting good female performance without a negative impact on carcass traits.

“If you are trying to sell tups, you should be making some effort to identify your top performers,” says Mr Sangster, who runs a pedigree flock of 300 mostly Easycare ewes and some Texel-crosses out of Easycares under commercial conditions.

“By analysing performance, you are picking up the true performers, so you can concentrate your efforts on them and make progress.”

Their home-bred tups are guaranteed to have been born and suckled without assistance and are reared on a diet of grass and forage.

“I firmly believe that red meat production should be from grass and fodder as far as possible.

“My ewes only ate 2t of cake before lambing this year,” says Mr Sangster.

The benefits of maternal traits are multiple, he reckons.

“Keeping down the cost of production has never been more important, and developing cumulative maternal traits keep the benefit in the flock for a long time.”

The Sangsters are now selecting one family as carriers of Myomax, a gene that increases carcass value, and other families for muscle depth over the loin and ewe efficiency.

This allows them to select rams based on a range of breeding objectives.

They are gradually increasing numbers in their recorded flock – currently, half the flock is performance recorded; their non-recorded ewes are tupped to a Hampshire Down as a terminal sire.

Both sets of ewes run together, all giving birth outside, with only the triplets housed for lambing.

Breeding ewes and rams are sold direct from farm.

All Easycare tup lambs not retained for breeding were slaughtered by mid-December.

Mr Sangster says membership of the MSG has been beneficial to his business.

“People trust us to supply sheep that have been selected for functional traits and are of a standard on EBVs.

“There is a certain degree of integrity that comes with selling through the group.” 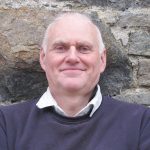 “It gives me the best of both worlds,” says Mr Williams, who runs a flock of 600 Easycare ewes in north Wales.

He previously had a range of lowland breeds but says cost of production was high.

“There is a huge amount of cost associated with wooly sheep.

“We were able to remove most of the costs by switching breed.”

Mr Williams had previously concentrated on sire performance records for male characteristics but often bought on looks rather than figures.

That changed when he was advised by New Zealand sheep and grazing consultant Murray Rolhoff that concentrating on the dam line would allow benefits to be retained in the flock through his female replacements.

“A massive predictor of performance is how long the lambs are on the farm.

“Concentrating on higher milk yields and other dam line characteristics reduces that time,” he says.

“The lamb prices are not so high but the cost of production is way below that of other breeds – as we produce everything from grass, there is no shearing or dipping and we hardly use any antibiotics and anthelmintics.

“My only regret is that I didn’t switch breed a long time ago.”

Mr Williams’ flock, which scanned at an average of 162% last season, lambs outdoors from March.

Lambs are sold to Dunbia, with the majority achieving carcass conformation and fat levels of R3L.

By buying rams through the MSG, Mr Williams has faith in the figures being correct.

As he runs an extensive system, he doesn’t record, so says it is all down to trust – but that trust has proved correct.

“Ours is a bit of a scattergun approach, but if we are picking the right rams, we know we are moving in the right direction.

“The advantageous traits of high-index rams persists in the flock for generations, thus magnifying the benefits.

“The longevity of the rams I buy is so good that I haven’t bought a ram for three years, and they serve a lot of ewes.”

About the Maternal Sheep Group

Farmers who have a maternal breed and performance record their flocks can apply to join the Maternal Sheep Group.

As well as a marketing initiative, the group also operates as a forum to discuss and improve the process and outcomes of performance recording.

The group meets twice a year, with an AGM in March and a technical meeting in the autumn.