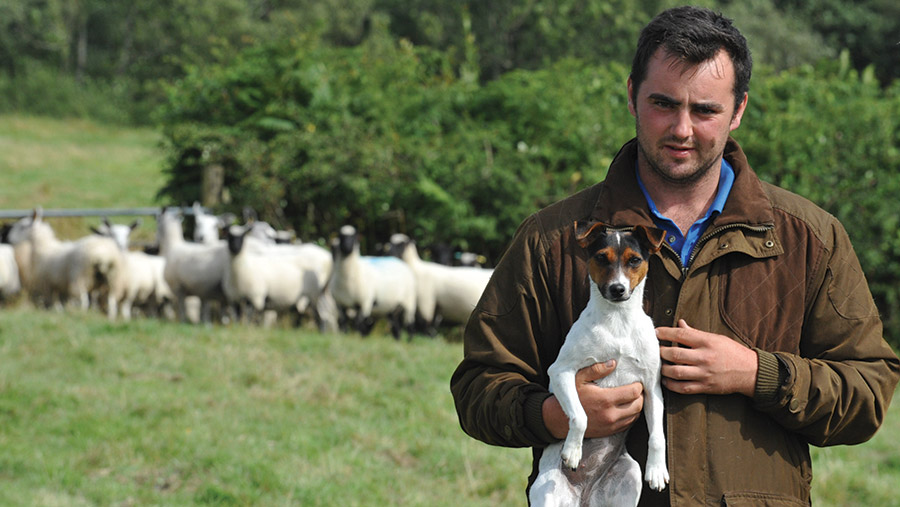 A lamb kofka recipe developed by a young Pembrokeshire sheep farmer is allowing him to capture a greater share of the profit margin in sales of progeny from his grass-fed pedigree flock.

Luke Watts runs a pedigree flock of Llanwenog sheep in partnership with his mother, Molly, on the family farm near Martletwy.

They exhibit the sheep at agricultural shows, and it was while competing at these events that Luke noted an absence of lamb products on sale at catering outlets.

See also: Video: So you want to… sell milk direct from farm?

The 24-year-old farmer spotted an opportunity to add value to his own lambs so, with the help of a Welsh social enterprise charity that supports people seeking to gain qualifications, he achieved the skills and food certificates needed to launch a catering business.

Luke’s big break came when he secured a free pitch in the street food section of the Wales YFC area at this summer’s Royal Welsh Show.

There he launched his Made at Moithan lamb kofkas and, despite soaring temperatures curbing visitors’ appetites, he sold the equivalent of two-and-a-half lambs of the product in a single day.

“The best part of the experience was seeing people eating the product and complimenting us on it,” says Luke.

“We owe a lot to Agored Cymru and the YFC.

“They gave us the kick-start we needed as we might have put the paperwork we needed to get started in a drawer and forgotten about it.”

Luke’s parents came to farming late after having other careers.

He acquired his first sheep when he was 12, choosing the Llanwenog because he wanted a breed that was both Welsh and pedigree; he started with eight and now has a nucleus of 80.

His entire flock numbers 300 as he also has other breeds, including Suffolks, Mules and Blue Faced Leicesters, but it is the Llanwenog, with its Welsh provenance and meat-eating qualities, that supplies the meat for the kofkas. 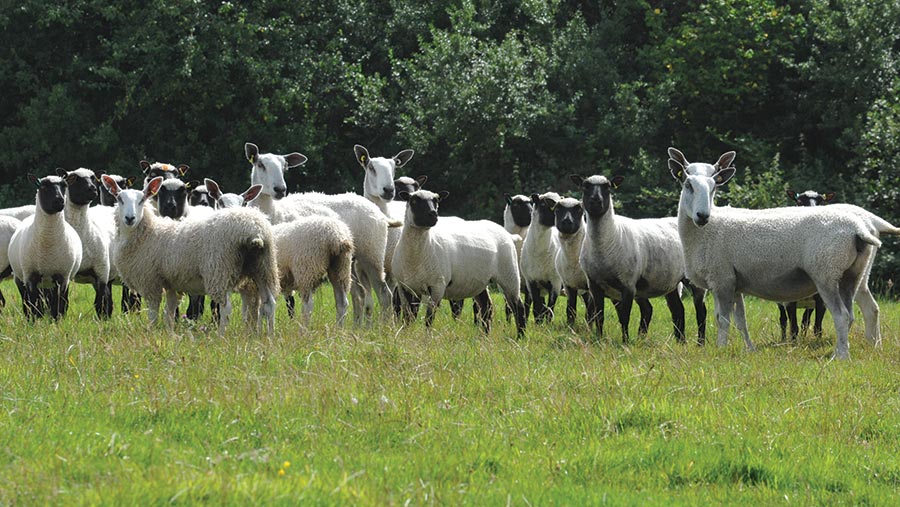 The breed also performs well on grazed grass – all Luke’s lambs are finished on grass – and that is an important aspect of his marketing.

“The Llanwenog is a hardy and low-input breed, and we can grow grass early, so we can lamb early and get the first fat lambs coming through by the time the summer events are getting under way,” he says.

“It is false economy to feed bought-in protein.

“It cuts your profit right down, and consumers are now looking for the more natural way of producing meat.”

How they created a product

The kofkas are prepared in the farmhouse kitchen at Moithan Fields, which has been licenced by the Food Standards Agency and has a five-star food hygiene rating.

It took 25kg of mince and many different combinations of spices and seasonings before the family settled on the core recipe.

Then there was the debate over what type of bread it should be served in – Luke opted for Greek-style pitta bread, with British-grown rocket, Greek yogurt and sweet chilli sauce.

For weekend events, lambs are slaughtered on Monday at an abattoir in Maesteg, as there is currently no abattoir in Pembrokeshire.

The carcass is returned to a butcher in Pembrokeshire, where it is hung and then the entire carcass is minced, including the best cuts.

“We slaughter lambs to order because we know roughly how many we need for an event,” says Luke.

How it has added value

One of the greatest challenges was setting a price point for the product.

“We have priced it at under £5 because there is always competition, but it depends where we are.

“If we have to pay a lot of money for a pitch then that will have an influence on the price,” says Luke.

Adding value can make the difference between him receiving £4/kg deadweight by marketing lamb through the traditional processor route, and £40-£50/kg, before his costs are deducted.

“I enjoy getting the extra income, but it is more than that.

“As someone who is a fussy meat eater who only buys British meat from a butcher, it is nice to see people eating good-quality food rather than a burger that is only 40% meat,” he says.

His biggest satisfaction comes from being involved in the lamb supply chain from beginning to end.

“In farming, we produce high-quality products, but often we don’t get a fair return for those.

“When we send an animal to the abattoir, we get the grade sheets with the figures and numbers, but being involved in every single step of the process, from birth to consumption, is a very rare thing for a farmer to experience.”

The enterprise is still in its infancy and his initial aim is to process up to 50 lambs/year.

There are already plans to introduce other seasonal flavours, perhaps cranberries and almonds for the Christmas market.

Advice on setting up a food business