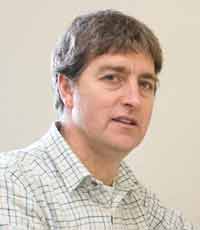 This week’s average grass cover – 2098kg/ha DM – is, spookily, exactly the same as last week. I phoned Ladbrokes for the odds on it happening again, but the phone went strangely quiet.

We have brought all 162 bulling heifers on to the milking platform for some rocket fuel grass prior to synchronising heats. As we carried the majority of heifers over from the autumn time is of the essence to get them “front loaded” before the main rush of cows.

Last year I used fertile cross-bred dairy bulls and achieved reasonable results. Each year I compare costs between bulls and synchronised AI and this year the initial cost of bulls and AI are similar. What swung the argument, this time, was the availability of genomic tested Jersey bull semen, so the breeding worth of our herd will increase.

We have employed a Kiwi techy to do the inseminating, they are renowned for their speed and accuracy, we will see how good he is, as we still have last year’s bulls waiting in the wings. We have one large Montbilliard bull and a small Montbilliard named appropriately, Full Monty and Half Monty, as they colour mark their calves with nice white faces.

Recently we had the entire 500-head milking herd “pedicured” by a couple of professional hoof trimmers who, so long as they were well fed and watered, were able to do 250 a day. The crush was like something out of Star Wars, with on-board computer, radio and remote control for the yoke. The cows were better natured and required fewer foot blocks attached than last year, so there has been progress. Cows will spend less time on concrete and in the cubicles now, especially as we are drilling their winter accommodation, by way of kale and fodder beet.