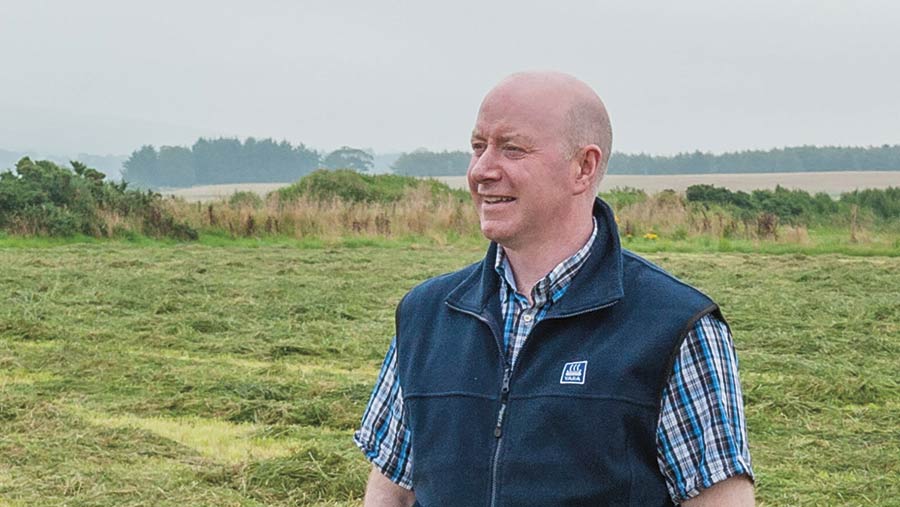 Have you noticed reports on the EU referendum anywhere lately? To be honest, probably like most of you, I’m fed up listening to the arguments for in or out. My opinion hasn’t changed, and like Duncan Bannatyne says it on Dragons’ Den: “I’m OOT”.

The sad thing is farmers won’t be the ones who really make the decision, as we are such a small proportion of the vote.

I really think the UK has such a great opportunity to stand on its own, but our country lacks good leadership in many areas.

The latest legislation from Europe regarding sprays is a real concern.

Dursban is a big loss to mixed farms as leather jackets are a certainty to crop failure when you plough up permanent grassland. Now glyphosate is next in line for the chop.

I was shocked the other week when I heard it said on the radio the government is to ban the sale of legal highs.

I thought to myself, do we really know about half of the junk sold to consumers nowadays? Yet when the scientists decide to do a bit of research on certain illnesses, it seems so easy to blame it on the primary producers of food while we question many practices beyond the farm gate.

See also: Time to take charge of our own affairs

On the milk front, it seems globally we’re past the bottom on milk prices, although I was hoping Arla would have held the June price.

When attending the Dairy UK conference in Northern Ireland in May, the one presentation slide that stuck in my mind was one that said that you could forward buy a barrel of oil in 2024 for only $55 (£37.86). So what will the milk price be?

At least from the UK perspective production is dropping, so let’s hope prices show some recovery soon.

At home, silage was completed last week (not particularly big crops but quality fine), green bedding is working well with no rise in cell counts or bactoscan.

Looking ahead, the Highland show beckons – the highlight of our Scottish calendar – but before that I will be flying to Denmark to meet some fellow Arla producers which I will report on next time.